Previous bills have died in committee 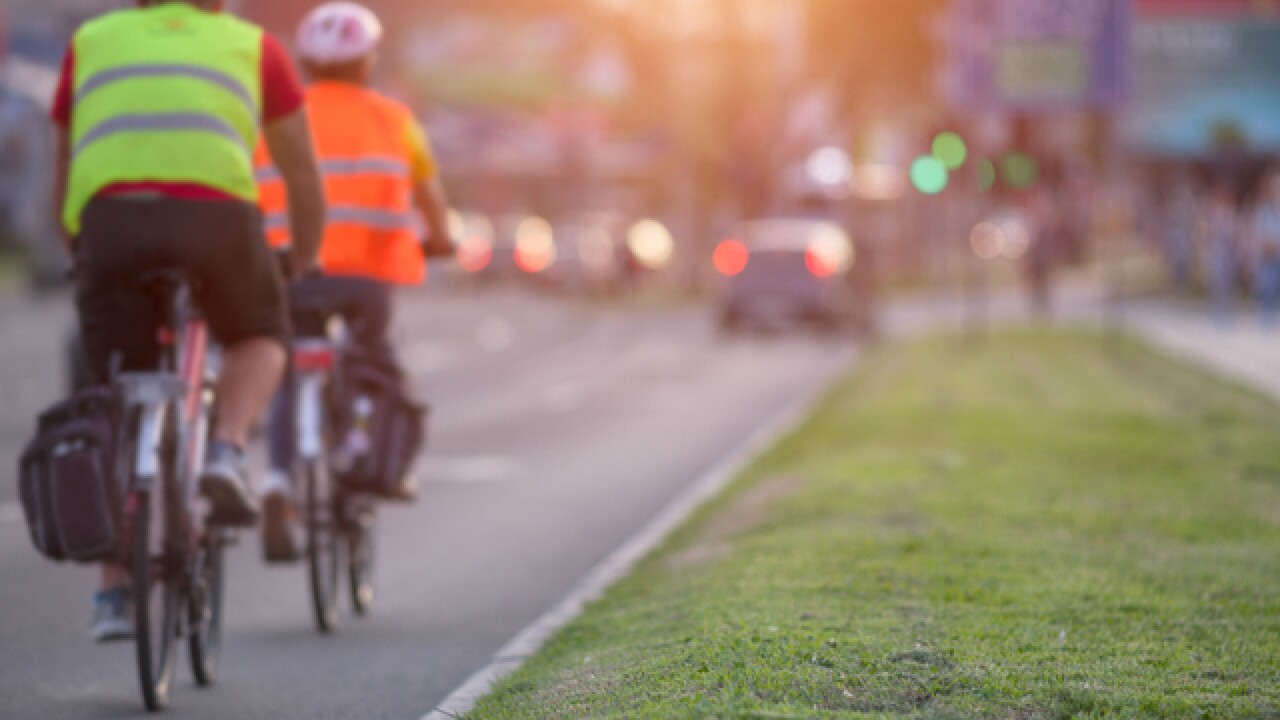 FRANKFORT, Ky. -- This year's Kentucky's General Assembly session could mean a new safe-passing law for commonwealth cyclists, but only if history doesn't repeat itself.

House Bill 33 would make Kentucky one of the final remaining states to enact a law requiring motorists give at least three feet of clearance when overtaking a cyclist or other slow-moving vehicle.

The Kentucky Transportation Cabinet recommends giving three feet, but that is not written anywhere into law.

"I think the the KYTC realizes that we're one of eight states not having established a safe distance," Kentucky State Rep. Jerry Miller, R-Louisville, said. Miller is the primary sponsor of the bill and said he feels confident he can push it through the House Transportation Committee.

That's where Miller and other supporters' efforts got stuck last time.

Legislators in 2016 introduced Senate Bill 80, which would have provided the same protection for cyclists using the road. That bill passed the State Senate but never made it out of the House committee.

"I know I have the votes to get it out of committee," Miller said.

Bike advocates in Ohio faced a similar problem in recent years as they struggled to push a three-foot passing bill in Columbus. Ohio legislators finally approved House Bill 154 in 2016 after years of lobbying. The law went into effect in March 2017.

Frank Henson was at the forefront of the push for House Bill 154. He said the process can take years because legislatures want to be thorough.

"I think the three-foot legislation takes the time it does because the legislative process is designed to be deliberate," he said. "Also a three-foot law would be adding a new regulation in a time when it seems any regulations are philosophically out of favor."

Miller said three-foot laws often get pushback from farming communities because it can be a difficult rule to follow safely while operating large farm machinery on the road.

He believes the opposition is not politically driven.

"Bills like this are not about Republican and Democrat. It's more about rural versus urban," he said.

Sometimes prosecutors' offices will oppose a three-foot bill because some argue negligence in these cases shouldn't be criminalized and are against upping the punishments.

That's according to attorney Steve Magas, who has made a career out of representing cyclists in crash and injury cases throughout Ohio.

"'We're not going to criminalize negligence,' they'll say," Magas told WCPO. "We'll get opposition from the prosecutors sometimes if we tried to increase penalties."

Magas said he believes some of the gear-grinding in the process comes from biases toward bicycles on the road.

"It was more getting over some built-in prejudices against cycling in the first place and it goes a lot better when you have a champion," he said. "Then it becomes who's in the right party at the right time. A lot of it depends on who you can get on your side pushing for it."

Others have rejected the bill in the past because enforcement is questionable. Miller conceded this is true, but pointed to other road rules where enforcement is an issue.

"It's no less or more enforceable than today if someone alleges reckless driving," he said.

For Miller -- himself a cyclist, who often rides the country roads south of Louisville -- it comes down to what he called "common courtesy."

"It's not something we should have to do, but this would specifically state what is a reasonable, safe distance," Miller said. "It's an element that is becoming a problem in our society in terms of road rage, seeing common courtesy diminish in our society."

The law is worded to require drivers leave three feet when passing a slow-moving vehicle, "provided that there's sufficient room in the lane, and if not, you are to use reasonable caution."

It's a two-way road, though, Miller said: "It's more about, what's the expectation of courtesy. There is an education element to this because bicycle riders need to be courteous, too."

The key for Magas to getting bills like this through is less about quelling opposition or winning opponents' favor and more about organizing the bicycling community.

"Bicycling people are not adept at the political process," he said. "There are millions of people who ride a bike and would benefit from these laws. They don't vote as a bloc and don't have as much political persuasion and power as other groups do.

"We have to be ever vigilant."