It's not just a pipe dream. Mt. Healthy group plans to install a vintage organ in the historic Main 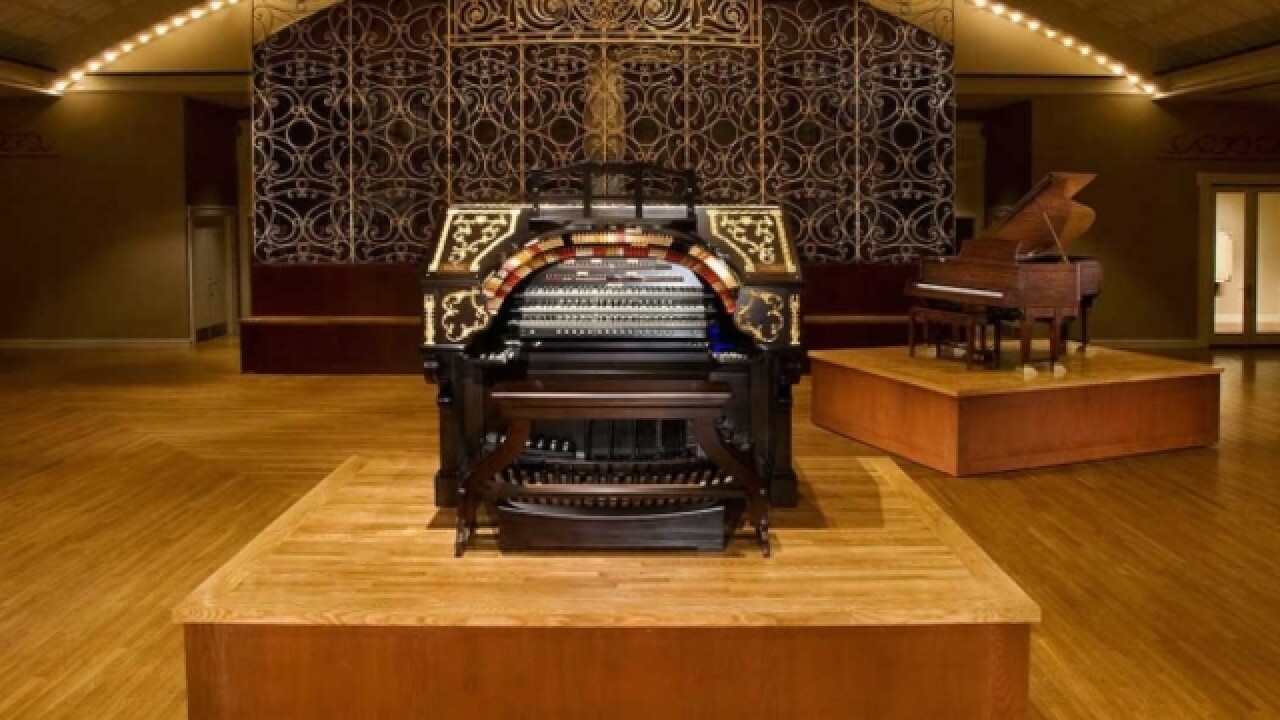 Copyright 2018 Scripps Media, Inc. All rights reserved. This material may not be published, broadcast, rewritten, or redistributed.
Provided
<p>The Albee Mighty Wurlitzer Organ inside the ballroom at Music Hall.</p> 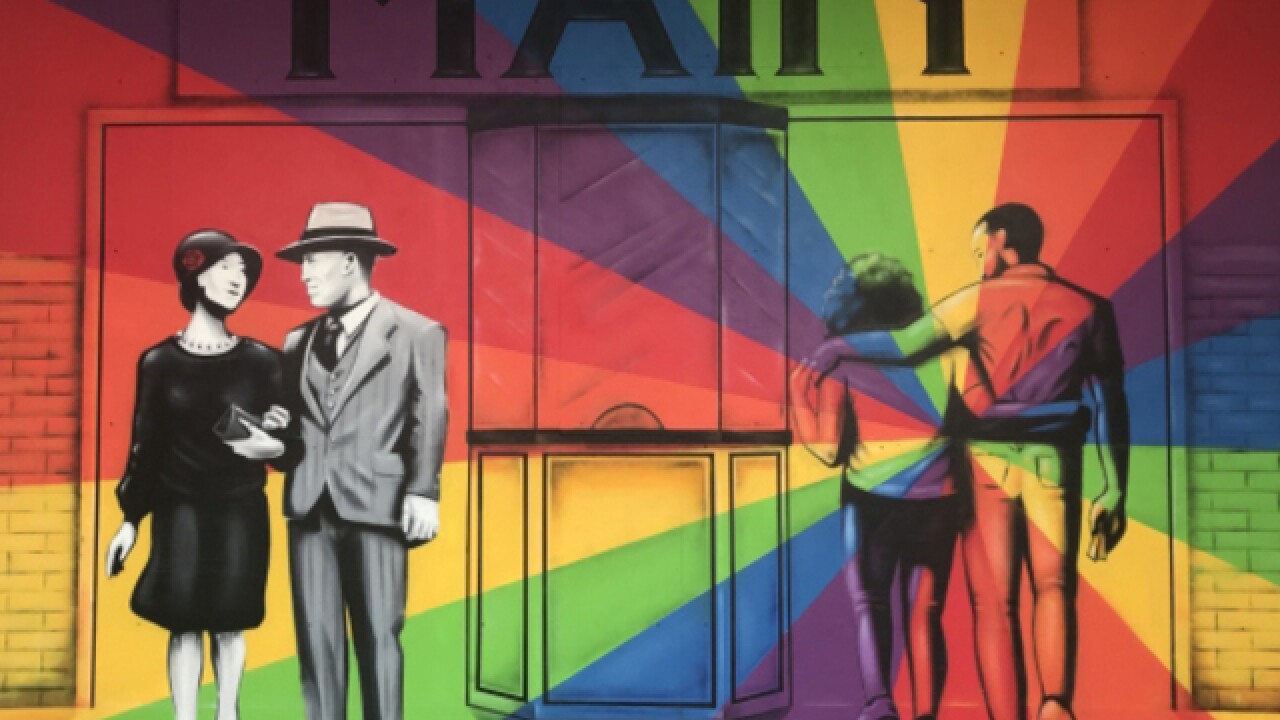 MOUNT HEALTHY -- Back in the day, movies held center stage at the Main. But a new attraction could soon serve as a showcase for the space as part of an ongoing effort to rehab the former Mount Healthy theater.

The team behind ongoing efforts to reopen the historic structure -- this time as a performing arts center -- hopes to install an organ there.

It will take some extra planning to incorporate, and the organ itself will likely need some refurbishment, but it would make the Main the only small, local theater in the area to host such an instrument, said Karen Arnett, president of the Mount Healthy Renaissance Project, a community development corporation.

Arnett and others -- members of a working group made up of city officials and residents alike -- have spent the better part of a year drafting a plan for the Main, which suffered from years of neglect. The news comes weeks after the group finalized its National Register of Historic Places designation.

"This is a special thing," she said.

The Main, located at 7428 Hamilton Ave., first opened in 1915 and thrived in the '40s and '50s. The cinema closed in 1971 and, other than brief stints as an auction house and screen-printing shop, has sat vacant.

In 2015, the Greater Cincinnati Redevelopment Authority acquired it and via its Landbank spent nearly $41,000 to stabilize the structure. In 2016, the port authority turned the theater back over to the city of Mount Healthy.

Since then, the Mount Healthy Renaissance Project has held various pop-ups on site to increase exposure and last year commissioned a mural on the front of the building to create excitement.

The group will partner with the Ohio Valley Chapter of the American Theater Organ Society, or OVC-ATOS, to add an organ at the Main. But there's no timeline on when that could take place. The group is currently drafting a business plan and strategizing on a fundraising campaign to collect the necessary funds, since a rehab could cost upward of $1 million. But Arnett said OVC-ATOS will be involved along the way, and its members are ready and waiting.

OVC-ATOS will purchase and restore the organ, and its members also would maintain it.

Kahsar has led OVC-ATOS since 2015, and the group itself dates back to 1960. OVC-ATOS works to conserve and promote the American theater organ, either by preserving the instrument in original theaters or by finding new homes for them.

When Kahsar heard about renovation plans at the Main, he reached out. That's something he has done "a lot," he said, as various venues around the city get new life. But it has been years since he has found a match -- although quite a notable match at that. The OVC-ATOS helped install the Albee Mighty Wurlitzer Organ in the ballroom at Music Hall.

The Mighty Wurlitzer is considered the most famous product crafted by Cincinnati's Wurlitzer Co., and in the early 20th century, thousands of Wurlitzer organs were installed in movie theaters across the country. This Wurlitzer, in particular, held stage at the Albee Theater on Fountain Square starting in 1927.

When the Albee was demolished 50 years later, the OVC-ATOS purchased the organ, rebuilt it and later dedicated it at the Emery Theater on Walnut Street in 1977. But members moved the organ into storage in 1999 after plans formed to develop most of the Emery's host building into apartments.

Kahsar said a private donor came forward a few years later with funds, and the organ was professionally restored. It was dedicated in 2009 and now stands inside the ballroom at Music Hall.

"Since then, we've been looking for a venue to put an organ, and in that time, a couple have come and gone that we didn’t have a place for," Kahsar said."There's less interest (these days), and in a lot of cases, people want these new venues to be more up to date. They want to attract a younger crowd."

But Arnett expects "it will be a great draw for the theater" and a point of distinction. She said the organ would be used for concerts and to accompany silent films. That fits with overall plans to turn the Main into a performing arts center, a home for concerts, plays, weddings and movies -- just like before.

OVC-ATOS has yet to secure the instrument, but Kahsar wants to use a smaller version of the Mighty Wurlitzer, or an organ with eight to 10 ranks. It's also among the most common size.

"Anything we get will have to have some degree of restoration. We've got some money in our treasury to help get us started, but a lot of the work would be done by us as volunteers," Kahsar said. "There would be items to purchase -- oftentimes an old organ has to be re-leathered -- but a lot of it is just labor. There's a lot of man hours involved, and that's probably where 70 percent of the cost would be."

For now, it's a waiting game. Progress at the Main, Arnett said, has been slow but steady. In December, the theater was listed on the National Register of Historic Places, which makes it easier to receive state or federal historic tax credits to help with redevelopment. And the city of Mount Healthy and the Mount Healthy Renaissance Project are also working with Urban Fast Forward, a Cincinnati-based planning firm, to create a vision for the revitalization of Mount Healthy’s business district.

The Main will likely be a focal point in that project, Arnett said.