How does Cincinnati's startup community measure up to that of the McKinsey report 5 years ago? 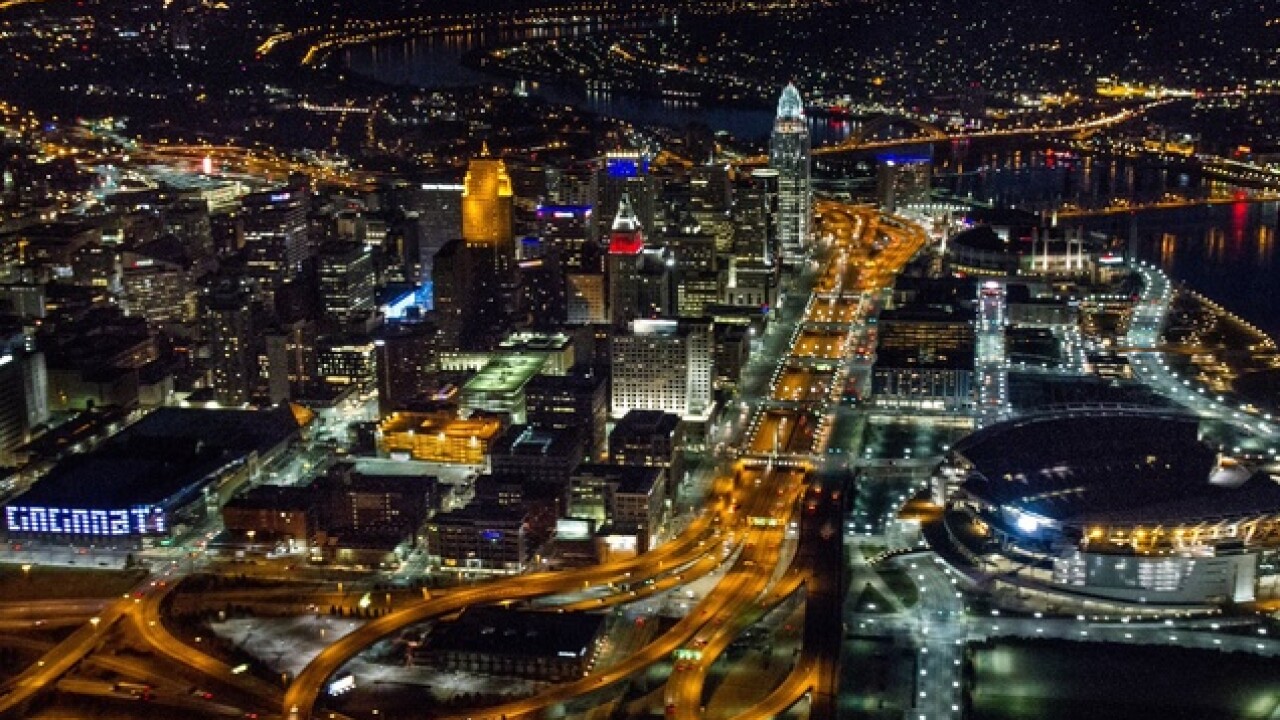 How far has the Tri-State region's startup community come, and how far does it have to go?

One way to answer those questions is to take a look at "Accelerating the Development of an Innovation Economy in Cincinnati," a report prepared five years ago by New York City-based McKinsey & Company.

Let's take a closer look at each recommendation -- and how things have changed.

1. Research institutions should create a blueprint for collaboration with the startup ecosystem. That blueprint could include things like increasing financial resources to boost the rate of patent filings, or rewarding innovation among students and faculty.

In 2017, the region's largest research institution, the University of Cincinnati, hired a chief innovation officer, David Adams, who will also lead the 1819 Innovation Hub in Avondale, a $38 million investment billed as the "new front door" to UC for businesses. He's expecting that his office will enable UC to make a much bigger impact on the region's startup ecosystem.

"Experts have long touted the need to break down barriers that exist between research universities and industry to accelerate the technology transfer process," he said. "Cities in which barriers no longer exist, and the flow of ideas is open and collaborative, seem to have figured it out."

The university already appears to do a good job bringing new ideas to market. From 2010 to 2016, a research dollar at UC produced 4.8 invention disclosures, Adams said. That compares favorably to 4.42 per research dollar at the much larger Massachusetts Institute of Technology.

2. Create a place where entrepreneurs can work, get together and share ideas. This happened in August 2015 with the creation of Cintrifuse, a nonprofit startup advocate and membership organization. It moved into newly renovated Union Hall in Over-the-Rhine, along with startup accelerator The Brandery and venture-capital firm Cincy Tech.

Since then, Union Hall has served as a locus for events such as Techstars Startup Weekend Cincinnati, a weeklong series of workshops and events for entrepreneurs. But it also provides low-cost co-working space for startups and startup support organizations. As of Jan. 18, Cintrifuse had 316 members that supported a total of 1,117 employees.

3. Recruit and retain startup talent, especially people who can serve as CEOs for innovators. This is an ongoing challenge, said Eric Weissmann, vice president of communication, community and economic inclusion for Cintrifuse. Cintrifuse used to have a full-time recruiter dedicated to recruiting talent for startups, he said, but it became too much to manage. Now, other organizations such as the Cincinnati USA Regional Chamber have picked up the slack, he said.

Groups like Girl Develop It and Women Who Code are helping to supply some of the tech talent that many local startups need.

4. Form a fund of funds, to target venture capital funding for local companies. Cintrifuse has already created one such fund, the $57 million Syndicate Fund. Cintrifuse has announced plans to create a second, $100 million fund, but Cintrifuse officials have declined to talk about where those plans stand now.

5. Create a single group to coordinate all startup activities in the region. To some extent, this task falls to individual Cintrifuse employees like Weissmann. But it's also done through the StartupCincy hashtag on Twitter and the accompanying website, www.startupcincy.com. Cintrifuse runs the website and handles its social-media account, but content can come from throughout the startup community.

6. Strengthen collaboration with local "pillar companies" such as Kroger Co. and P&G. Cintrifuse calls these Big Cos, and has a division called Customer Connections dedicated to linking them with startups. That division has facilitated more than 80 paid pilot programs between Big Cos and startups, Weissmann said. Those have resulted in $1.4 million for the startups involved.

7. Get financing from Third Frontier, an Ohio government program designed to boost startups, as well as more funding for startups from local foundations.

The region now gets Third Frontier money via CincyTech, which in 2017 received nearly $14 million. It, in turn, disburses portions of that money to its partners Cintrifuse, The Brandery, HCDC and the UC Accelerator. Third Frontier also makes grants to local organizations such as UC, to which it gave $500,000 in 2017 to help fund the UC Technology Accelerator for Commercialization.

Local investment in startups from all sources rose from $56 million in 2012 to $152 million in 2017, and that money has come from all over the country.

And the startup community has benefited from those dollars. According to Cintrifuse, in 2013 there were 11 startups in the Cintrifuse database, and as of early this year, there were nearly 500. Since the McKinsey report came out, several business accelerators have also been created, including the Hillman Accelerator, Ocean, Mortar and UpTech.

Before the accelerators, the region had little to offer in the way of training for entrepreneurs, other than entrepreneurship courses at the universities, said Dan Geeding, a member of local venture-capital firm Queen City Angels and a consultant to startups through his company Guidance Partners.

"The accelerators actually take an idea and give it a kick-start," he said. "That didn't exist seven or eight years ago."