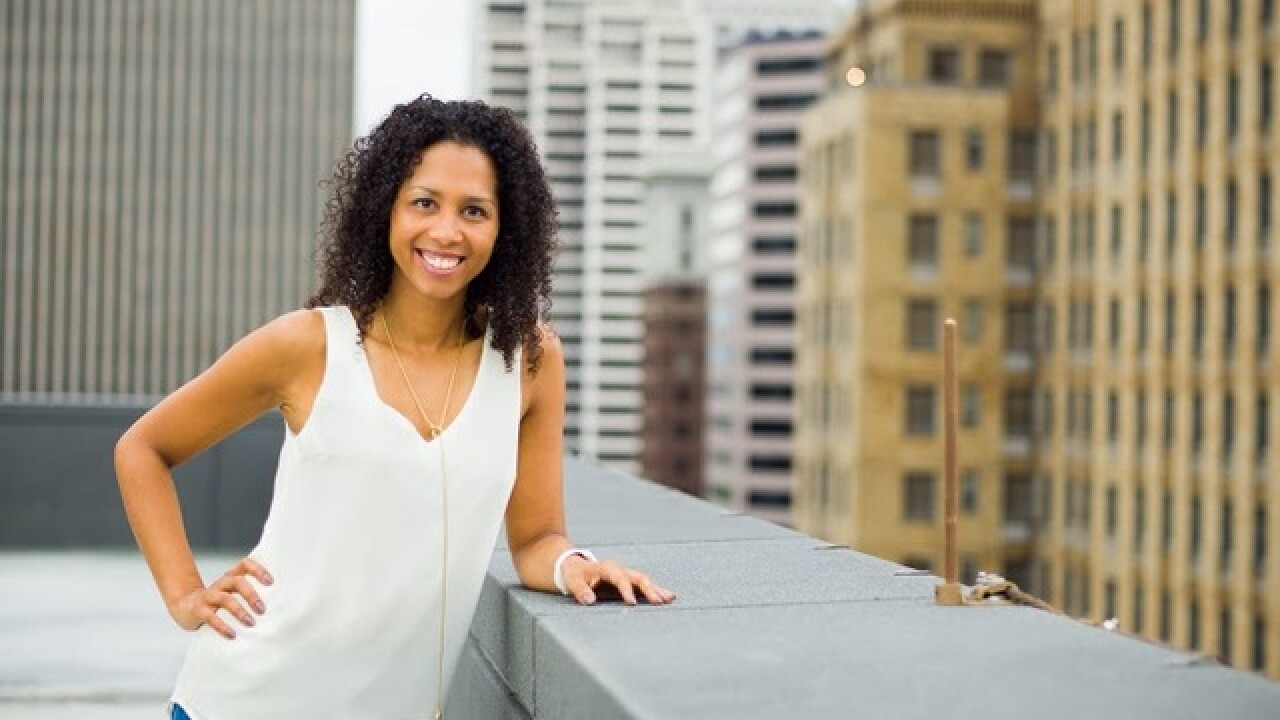 Copyright 2017 Scripps Media, Inc. All rights reserved. This material may not be published, broadcast, rewritten, or redistributed.
Provided
<p>Candice Matthews, founder of the parenting website Hello Parent, is the executive director of the new Hillman Accelerator.</p>

CINCINNATI -- Organizers of a new Cincinnati business accelerator were expected to announce its launch at a news conference Wednesday  at Union Hall in Over-the-Rhine.

They are calling it the Hillman Accelerator, and billing it as the "first and only full-time accelerator in the Midwest built specifically to attract and to accelerate venture-backable tech companies founded by women and ethnic minorities."

Applications for the 2017 class of five startups, which will meet from June through October, are now open and were expected to be available at the accelerator's website, www.hill7.org, later Wednesday.

WCPO.com talked with Candice Matthews, founder of the parenting website Hello Parent and executive director of the new accelerator, on Monday.

Where did the idea for the new accelerator come from?

Through an organization Matthews founded in 2015 called the Black Founders Network, which has hosted monthly events for African-American startup founders ever since. Members were talking about how their network could help those in other cities that are not as closely knit or as well-funded, and came up with the idea of an accelerator.

"For the last six months, we have pushed it rather hard," Matthews said.

What problem is it designed to solve?

It's intended to evoke memories of the seven hills that Cincinnati is founded on, but also of "The Cosby Show" and its spinoff, "A Different World." The latter took place at the fictional Hillman College, a historically black institution.

Those shows helped raise awareness of the black middle class and black excellence, Matthews said. In the same way, the Hillman Accelerator is intended to show people that there are a lot of African-Americans in technical fields "and they are succeeding and doing well, whether we see them or not."

Where will its offices be?

The fourth floor of the National Underground Railroad Freedom Center downtown. The accelerator will also have access to the ballroom and to the Harriet Tubman Theater, where demo day for the first class will be held Oct. 10.

Who will work with the startups?

Matthews and program director John Guydon, a graduate of the Techstars accelerator in Boulder, Colorado, are working on a 16-week curriculum. The third paid staff member will be Adriana Perez, a Venture for America fellow and graduate of Marquette University.

Jones will also help raise the profile of the accelerator, help it raise funds and help the startups selected for it find customers.

Who else is involved?

Organizations in the local startup community that have agreed, for the next three years, to give up a portion of the money they normally receive every year from the state agency Ohio Third Frontier.

They are seed fund CincyTech ($75,000), startup advocate Cintrifuse ($50,000), business accelerator The Brandery ($25,000) and the University of Cincinnati Technology Accelerator for Commercialization ($25,000). That money will be used to pay $175,000 per year of Hillman's operating costs, CincyTech chief financial officer Ashley Keating said.

Hillman is a not-for profit, but it has an associated, for-profit venture-capital fund called Hillman Select Fund One, Matthews said. That fund has $1.5 million, enough to make $100,000 investments in each of the five startups in each of the next three classes.

It's in "stealth mode" right now, Matthews said, but added that she expects to be able to share information about it in a few months.