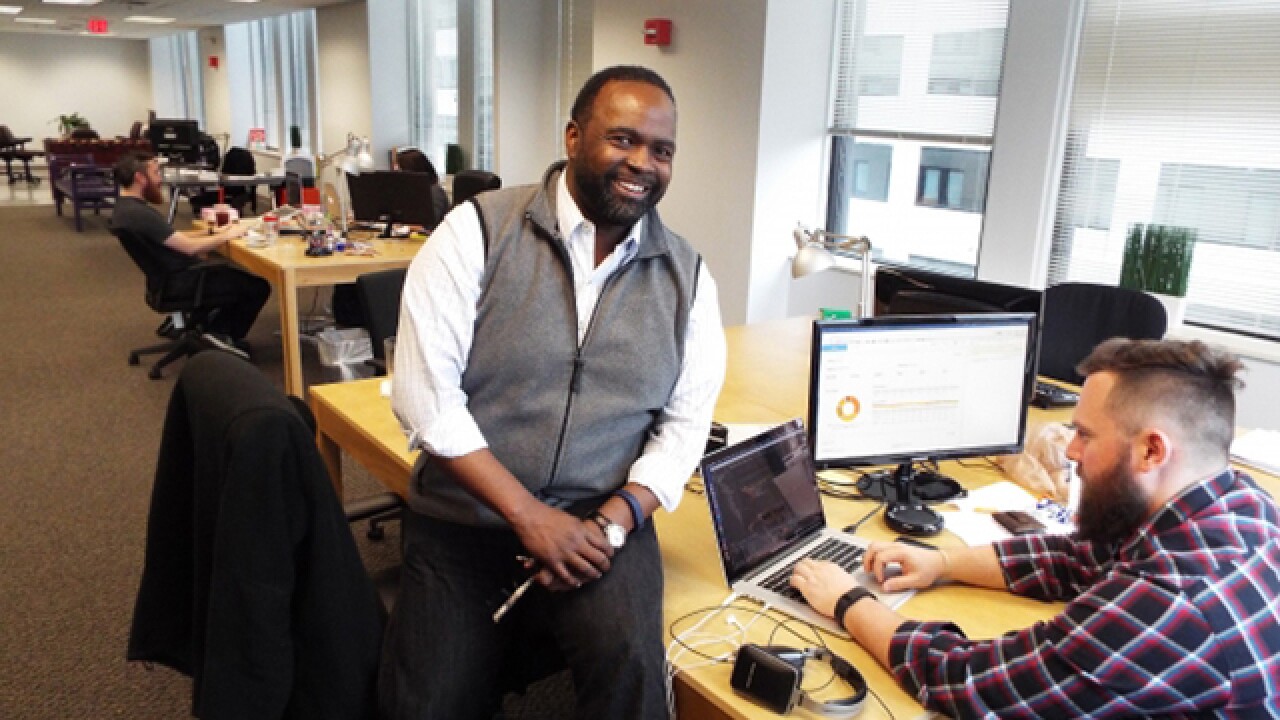 How can a business better gauge employee satisfaction — and get them more involved?

The Downtown-based startup does so using three apps it has created:

How Do These Apps Work?

Blackbook products get information from employees via traditional surveys, but also via a social-feedback engine that allows crowdsourcing of ideas and suggestions, Powell said. That information is matched with other information about employees gathered by the human resources department, all while protecting the individual employee’s identity, he said.

The company has a library of more than 150 questions that measure 12 different factors that influence an employee’s degree of engagement, Powell said.

Blackbook also works with its customers to find solutions to improve engagement, he added. “There are a lot of measurement tools … but they’re not going to help you come up with strategies to engage employees.”

How Did the Business Start?

Chris Ostich started it in 2008 to help companies such as Procter & Gamble and Macy’s retain and engage employees they had recruited to Cincinnati. Ostich created individual “blackbooks” for each new hire, with information about how they could get connected and engaged in city life.

In 2013, to better scale the business, the company pivoted from being a service company to a software developer. Sense, its first product, earned a product-of-the-year award from HR Tech Outlook magazine, Powell said.

Powell, 48, who had spent more than 20 years in the HR business, initially joined the company as an advisor when he left his job as head of HR for Scripps Network Interactive. When he became the CEO of Blackbook in January 2014, the business had only four employees, he said, and now it has 12.

In November, it moved from a basement office at 585 Reading Road to what Powell describes as a “more functional” workspace in The Executive Building, 35 E. Seventh St.

Who Are the Investors?

Ostich remains one, as well as Powell. CincyTech is the largest investor to date, Powell said, but there are nine other angel investors, most of them local. To date, the company has raised about $2 million in first-stage funding.

Is It Making Money?

The company is on track to exceed $1 million in revenue this year, Powell said, which would be more than 400 percent growth from last year. Local customers have included Pure Romance, Assurex Health and Market6.

What Characteristics Do Engaged Employees Have?

Generally speaking, Powell said, they have good relationships with their managers, their work is interesting to them and they like the team they work with. “Those tend to be common themes,” he said.

“We’ve been focusing on making sure we have a competitive product in the marketplace, and we’ve proved that,” Powell said. “Now, the whole thing is scale and grow.”

To that end, in January, the company hired its first marketing director, Kevin Gold, who formerly worked in the West Chester office of Penton, which Gold said is the largest privately held business-to-business information services company in North America.

This year, the company has budgeted to hire four more employees, Powell said, and next year it plans to add at least nine more.

In the second half of this year, the company plans to roll out a new product that will combine all three of its existing products, making them more efficient, Powell said.

How is Working for a Startup Different from a Large Corporation?

Everything is different, Powell said. Decisions move much faster through the organization, he doesn’t have an assistant to do his scheduling, and marketing has to be much more efficient. He knows his customers more intimately and feels much more grateful to them.

“I’ve always been a grateful guy, but now, my gratitude is off the charts.”