How big a threat are store brands for Procter & Gamble Co.? 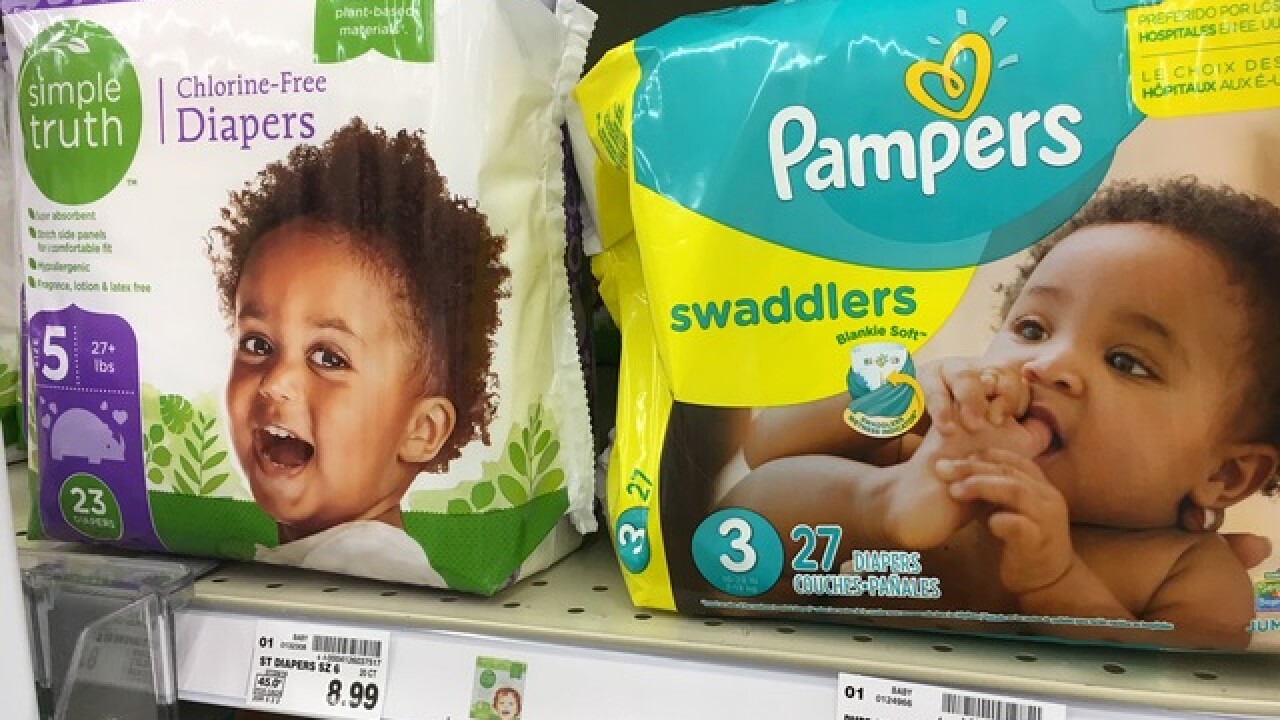 CINCINNATI - Angie Watson is a Deerfield Township mother of two whose shopping habits may pose a risk to Procter & Gamble Co.

“We like Target brand. We like Kroger brand. I’d say these are probably our favorites,” she said. “And we buy a lot from Amazon.”

Watson finds store brands of toilet paper, tissue paper and toothpaste to be just as good as name-brand products. P&G sells Charmin, Puffs and Crest on store shelves right next to those private-label brands Watson prefers.

“I think it’s a big threat because consumers are changing,” said Lori Hudson, vice president and portfolio manager at Bahl & Gaynor Investment Counsel Downtown. “I think consumers are much more willing to buy the private label.”

“If we’re doing our job and have the innovation,” he said, “it comes at the expense of somebody else.”

But evidence of the rising threat is everywhere, even on the shelves and search engines of P&G’s best retail friends.

Hudson was surprised by Kroger’s move into men’s grooming, where P&G is already struggling against subscription sellers like Dollar Shave Club and Harry’s razors.

“Kroger does a good job marketing their own brands,” Hudson said. “So, that will be another problem in grooming for P&G.”

Other consumer product companies have more exposure than P&G to private-label encroachment on its brands, but that exposure is rising, according to a June report by Jeffries analyst Kevin Grundy.

In paper towels, for example, Grundy estimates private-label competitors now have a 30 percent market share in the category where P&G sells Bounty products. Charmin toilet paper competes in a category where private label products hold a 22 percent share, while Pampers diapers compete against private label products that hold a 19 percent share. In all three categories, private-label shares increased in the last year, according to Grundy’s analysis.

P&G blamed “aggressive private-label pricing” in diapers that impacted its Luvs brand, contributing to a 2 percent decline in organic sales for all P&G baby-care brands in the quarter ending June 30. P&G announced a 7 to 8 percent price reduction on the brand to help it win back Luvs customers.

But CEO David Taylor told analysts superior products – not price cuts – are the long-term answer to private label brands. Tide Pods and Downy scent beads have grown market share, revenue, profit and shelf space because they are “meaningfully better” than the laundry detergents and fabric softeners that came before them. Those products even do well in Europe, where private-label market share is roughly double that of the U.S.

“We’ve also shown over time – and probably Europe is the best illustration, because it’s most advanced there – the ability to win in that environment, where the leading brand and the retailer brand can mutually be successful,” he said. “What you have to have is the brand consumers prefer, because then retailers want to carry it, because it builds the basket.”

Of course, the quality argument cuts both ways when a shopper gets to the shelf.

“I think the store brands have gotten a lot better,” said Rean Young of Mason. “Actually, the Kroger brand peanut butter, my husband swears by it and he thinks it’s better than the national brand.”