Homecoming Music Festival: Here's what to know before you go 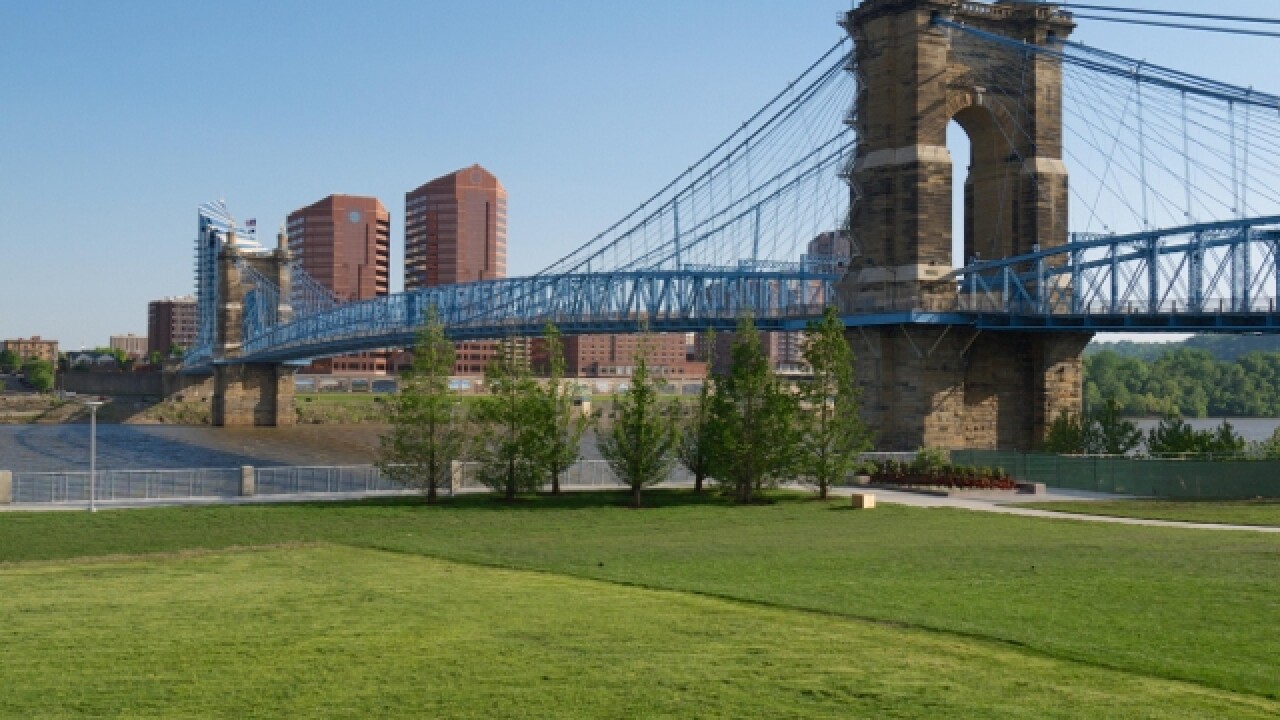 The two-day event, which Cincinnati-bred band the National is presenting in conjunction with the MusicNOW festival, will include two stages and headline acts such as Father John Misty, Feist, Future Island, Dayton legends The Breeders and Lord Huron.

RELATED: The National's Homecoming festival merges with MusicNOW for a jam-packed weekend of music and art

Here are a few tips to help get the most out of the festival, whether you're going on Saturday, Sunday or both days.

Organizers are fencing off Smale Riverfront Park for the ticketed event. The festival will have two gated entrances, both located off of Mehring Way on the west side of the Roebling Suspension Bridge. There is a general admission entrance and a priority entrance for VIP ticket holders.

Organizers estimate the park can hold 10,000 people each day of the festival. Bands will alternate playing on one of two stages located on either side of the park.

Multiple food, drink and merchandise vendors also will be located throughout the park. VIP ticket holders will have access to a premium stage viewing area, VIP lounge and exclusive restaurant and bar.

People who purchased two-day festival passes can pick them up early during the official Homecoming kickoff party taking place 5-8 p.m. Thursday at Rhinegeist Brewery. The brewery, located at 1910 Elm St. in Over-the-Rhine, will also have a DJ, a Shake It Records' pop-up shop, food from Sartre and beer at the event.

Explore the map below for approximate locations for the Homecoming's venue features:

There are plenty of parking options near the riverfront. And with the Cincinnati Reds on the road starting Friday, finding a spot in the paid lots and garages along Mehring Way should be fairly easy.

For those thinking about parking in Covington, the Roebling Suspension Bridge will open to vehicle and pedestrian traffic at 6 p.m. Friday. Kentucky Transportation Cabinet closed the historic bridge for more than a month after a car struck one of its support beams. The cabinet is reopening the bridge a month-and-a-half sooner than initially estimated. The bridge's west side pedestrian walkway will remain closed to allow for final repairs.

The Southbank Shuttle Trolley will also be circulating through Newport, Covington and downtown Cincinnati all weekend. Trolley service is scheduled every 15 minutes, 6 a.m.-midnight Friday; 10 a.m.-midnight Saturday; and 10 a.m.-10 p.m. Sunday. There is a trolley stop located on Marian Spencer Way next to the National Underground Railroad Freedom Center and multiple pickup locations near Fourth Street in Covington.

What's allowed -- and what's not

Here is a rundown of what you can and can't bring to the festival.

Those MusicNOW performances at the Freedom Center include:

Fans of the arts and music also can enjoy multiple events throughout the city that are part of MusicNOW but that aren't included in the admission price of Homecoming. Some MusicNOW events are free, while tickets must be purchased for others.

The first MusicNOW event will be the opening night celebration at 8 p.m. Friday at the Cincinnati Masonic Center. The evening will include performances by Mouse on Mars, Bryce and Aaron Dessner as Red Bird Hollow, Sam Amidon, Lisa Hannigan, Spank Rock, Kristin Anna and other guests. The event costs $50 to attend.

Other MusicNOW venues include the Aronoff Center for the Arts, the Cincinnati Art Museum and the Contemporary Arts Center. Explore featured events at each location in the map below.