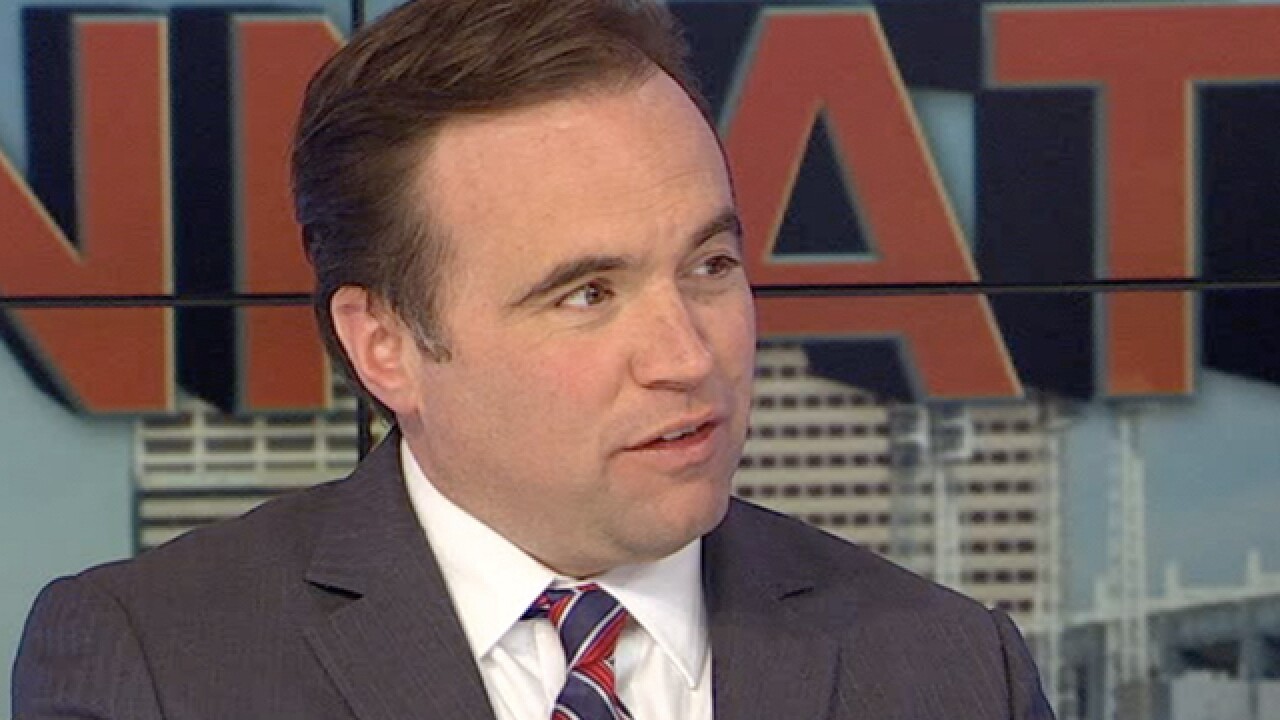 Copyright 2018 Scripps Media, Inc. All rights reserved. This material may not be published, broadcast, rewritten, or redistributed.
<p>Mayor John Cranley on "This Week in Cincinnati"</p>

CINCINNATI -- In an important year for the future of the region's bus service. New faces will be showing up as decision makers casting votes.

With more than half of the regional transit authority's board of trustees members' terms expire this year, Wednesday gave the first glimpse of what leaders are looking for in new board members. Cranley introduced his first appointment, Rayshon J. Mack, during Wednesday's City Council meeting.

"He's a regular bus rider and takes the bus to work as a nurse," Cranley told WCPO. "There's been a lot of talk about how to get our bus system to be not just Downtown-focused, but crosstown and other routes. Having somebody who is not commuting Downtown but is commuting to their place of employment I think is the right kind of voice that SORTA needs."

The Southwest Ohio Regional Transit Authority -- which owns and operates Cincinnati Metro and oversees streetcar operations -- is governed by a 13-member board. Board members are appointed by the mayor and the Hamilton County Board of Commissioners.

Cranley said with this appointment he is responding to what has become a growing plea from the bus-riding community: asking for better representation on the board.

"Bus riders want to be heard," said Cameron Hardy, president of the grassroots Better Bus Coalition. "That's why we started this organization -- that we weren't properly represented on the board."

Cranley said he thinks Mack will help SORTA remain focused on improving the bus system and not get distracted by other things -- namely, the streetcar.

"All you hear over the last five years is about the streetcar, which doesn't really affect people's lives, livelihoods and home life like the bus system does," Cranley said. "Having Rayshon -- who is using it to get to and from his job and it's an economic necessity -- is a critical voice that we haven't heard.

"Symbolically, he's perfect for that discussion."

Late last year, the SORTA board considered a resolution that would hand over all streetcar management to the city , but that resolution did not have the votes to pass.

"The streetcar is a luxury and the bus system is a necessity," board member Gary Greenburg, who put forward the resolution, said. "Every hour (our staff) spend on streetcar issues are hours not spent on the bus system."

Cranley said his nomination of Mack was not motivated by a wish to divorce SORTA from the streetcar, but did call that question "an ongoing discussion."

Hardy said he's never sat down and discussed Metro with Mack, but said his nomination feels encouraging to his organization, in that it means their message is not falling on deaf ears.

"People are starting to listen now," he said. "We demanded that bus riders be on the board. We're happy that the politicians are responding to that."

City Council will vote on Mack's appointment during its Feb. 14 meeting.