Fay: The Reds should make Jose Peraza the second baseman for the rest of the year 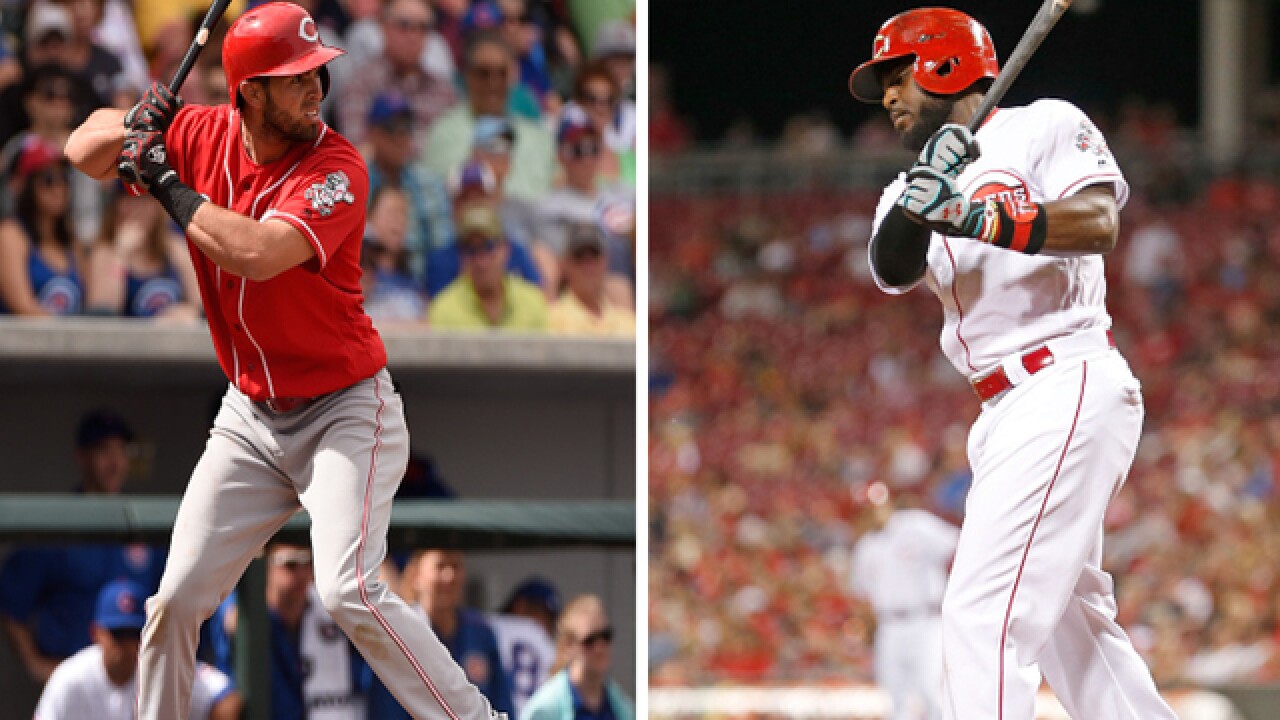 Copyright Getty Images
Getty Images
<p>Jose Peraza is the future, while Brandon Phillips, at age 35, is nearing the end of his Reds career.</p>

His previous starts were at second base, center field and left field. Bryan Price is trying to get Peraza four starts a week. To do that, he has to move him around.

“I like the fact that he’s here, and every chance I get to get him out there I will,” Price said. “It may not always be as easily as playing in American League ballparks. I was able to get Billy (Hamilton) a day off the other day. Brandon (Phillips) a day off (Monday). So it’s working right now.

“That being said, we’ll have to wait and see how long that lasts. He should be playing regularly. If he can play regularly here, that’s great. If not, he’ll probably have to spend some time in Triple-A.”

Depending on the extent of the injury Hamilton suffered in the first inning of Wednesday's game, some playing time may have opened for Peraza.

But there's a more permanent solution that would probably be better for Peraza’s long-term development: Make him the second baseman for the rest of the year.

The problem there, of course, is the Reds have Brandon Phillips at second base, and he’s under contract for 2017 as well. But, even under the most wildly optimistic forecasts, no one expects Phillips to be a Red when the team is contending again.

Peraza is the future. The Reds are confident he will hit in the big leagues. But they have to find out if he can play the infield. More time at Triple-A will not further his development.

The Reds are obviously in rebuilding mode. But they’ve always been reluctant to go all-in. You could argue that they waited too long to trade Aroldis Chapman and Todd Frazier.

But I don’t think they’ll bench or designate Phillips for assignment. He’s owed a lot of money — the remainder of his $13 million salary for this year and $14 million for next year. But that’s sunken cost.

The only way the Reds recoup any of that is to trade Phillips. That’s not likely to happen. Phillips holds 5-10 rights, i.e., as a 10-year veteran and on the same club for five years, he can refuse any trade.

He did so after the Reds worked out a deal with the Washington Nationals in the offseason. So it’s likely he’d refuse another trade.

That’s why I’d tell him he’s no longer the starting second baseman. That may make him more willing to accept a trade.

The problem is that right now, Phillips’ trade value is way down. He went into Wednesday hitting .232/.275/.295 since May 8. He just turned 35, which is semi-ancient for a middle infielder.

So there’s a good chance the Reds will not be able to trade Phillips, even if he were to accept it.

This is no knock on what Phillips has done. He’s a Reds Hall of Famer. He’s had a great career with the club. He’s been the most entertaining player on the roster over the last 10 years.

But this is about the future. Peraza is part of it. Phillips is not. The Reds have to do what’s best for the future. Right now, that means playing the 21-year-old.