Despite development that would be the envy of many cities, Norwood still struggles with its books 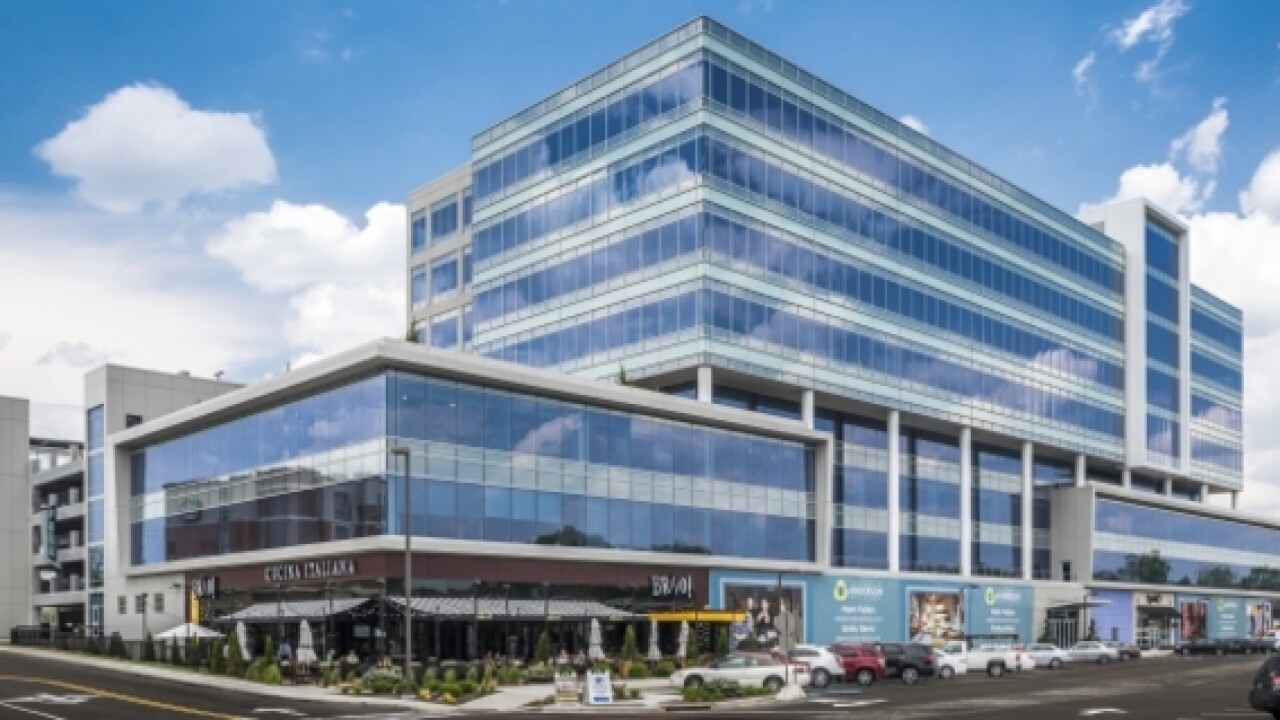 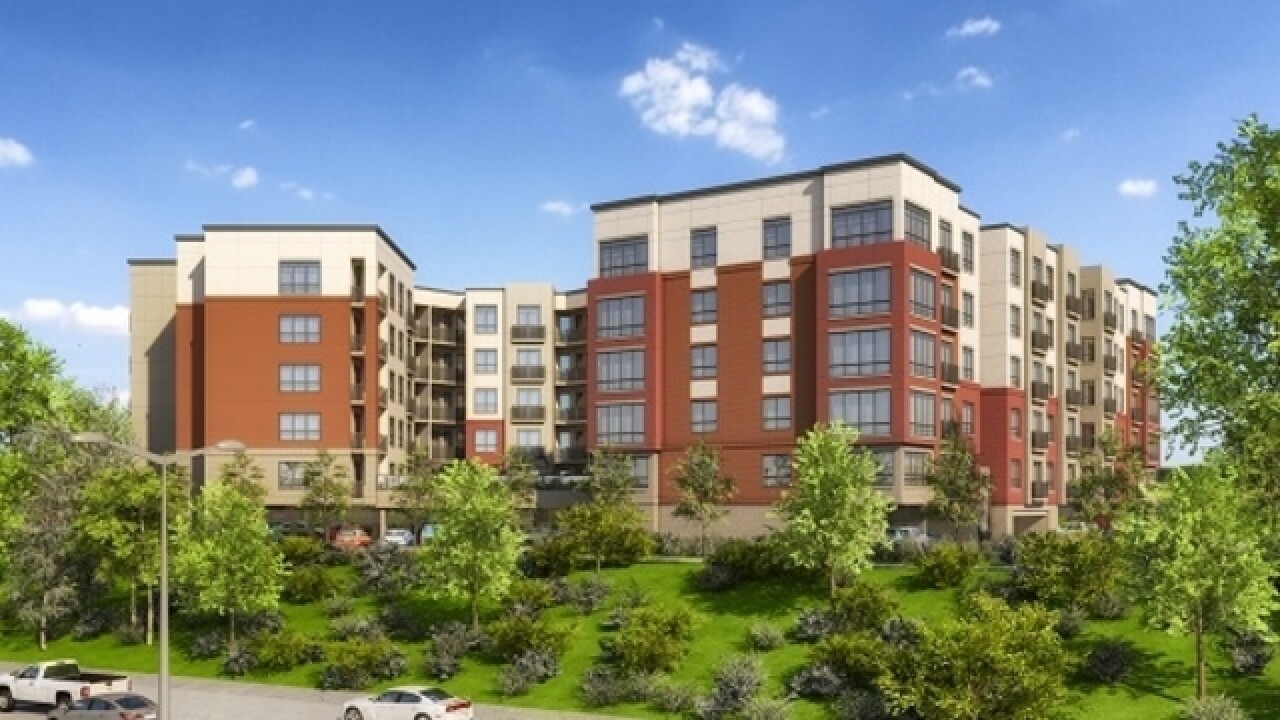 NORWOOD, Ohio -- If you have zeroed in on your checking account to determine if you can pay -- for example -- the August bill from Duke Energy, you are not alone.

The Ohio auditor’s office said the city of Norwood ended the month of July with just $235 in its general fund for a city that has some 20,000 residents and about 175 full-time employees.

And although tax revenue is flowing into city coffers on a daily basis, Norwood has been mired in financial muck for at least 12 years.

City Auditor James Stith predicted it might take several more years for Norwood to emerge completely from the financial woes that have cemented the city to the state auditor’s “Fiscal Watch” list since 2004.

“Fiscal Watch” status means that the government has financial problems that need to be remedied and triggers special scrutiny from the state, which has been paying close attention to how Norwood spends its money since 2004, when the city reported a deficit of more than $1.5 million.

Earlier this week, Benjamin Marrison, a spokesperson for Ohio Auditor Dave Yost, said the city’s high level of “payables” prompted Yost to direct his staff to conduct a special analysis of the city’s financial position. Stith said that process began Thursday morning when he met with members of Yost’s staff.

Norwood’s money problems are somewhat surprising because a long list of splashy new developments in the last 20 years or so have boosted the city’s income from real estate and payroll taxes, according to reports from Stith and the Ohio auditor.

A series of three Rookwood projects -- the Commons, the Pavilion and the Exchange -- hug the east side of Interstate 71 at the Smith-Edwards exit and represent the highest profile projects in Norwood since the early 1990s. The shopping, office, hotel, restaurant and residential development also has the biggest price tag of anything that’s been built in Norwood in recent memory.

Rookwood Pavilion, which opened in 1993, and its next-door neighbor, Rookwood Commons, which opened in 2000, and the Rookwood Tower office building are now listed for sale, according to a recent report in the Cincinnati Business Courier. A good indication of the value of the Rookwood development surfaced when those properties sold in 2007 for $219 million, the publication reported.

A spokesperson for the Atlanta company that is handling the sale could not be reached for comment.

From 2004 until last year, the assessed value of real estate in the city increased by some 17 percent to about $348 million, according to data supplied by Hamilton County Auditor Dusty Rhodes. That growth and other factors allowed the city to boost its property tax revenue by 31 percent to nearly $2.5 million during a period that began in 2005 and ended last year, Stith’s audit report shows.

Those same reports show that earnings tax receipts grew by 18 percent to just over $15 million during that same time.

Earnings and property tax receipts, which totaled about $17.5 million last year, are the two primary sources of revenue to support the city’s general fund of about $20 million.

But even with that revenue growth, the city hasn’t been able to pay its bills on time.

A long list of vendors who submitted invoices to the city had not been paid in full for a number of months and the city responded by establishing a series of payment plans that cover 60 and 90 days and in some cases longer periods of time, Stith said.

The city owes vendors about $82,000 and all of the invoices that were more than 90 days old have been paid, said Stith, who was elected Norwood auditor eight years ago.

Stith also acknowledged that the city has fallen behind in contributions to a couple of other accounts. About $1.1 million is due to the police-fire pension fund, and the city owes about $300,000 to retired city employees to cover some of their health care costs.

“With the big debt payment, it left us short [of money] and we fell behind with some of the vendors,” Stith said.

The “big debt payment” Stith referred to is a $1.5 million payment earlier this year to comply with terms of a general revenue bond issue that dates to 1996, Stith said.

The money -- about $6.5 million -- originally was borrowed to cover payroll costs and purchases in anticipation of increased revenue from developments such as the Rookwood projects, Stith said, adding that he doesn’t think it’s smart to cover those kinds of expenses with borrowed money.

“If you can’t pay for it today, what makes you think you will be able to pay for it in the future?” Stith said.

But when the Rookwood Exchange project bogged down in a protracted court battle over the city’s right to acquire property through eminent domain, there was no revenue increase, and the bond agreement was revised in 2003.

“At the time, the city wanted to save some money up front and agreed to make larger payments in the middle [of the repayment period],” Stith said.

That larger payment was $1.5 million, reducing bond indebtedness to $1.4 million, which the city plans to pay off over the next five years, Stith said. He said next year’s payment will be a far more manageable $350,000.

Stith’s audit for last year showed that the city ended 2015 nearly $2.2 million in the red, which is one of the reasons why Norwood remains on the Ohio auditor’s “Fiscal Watch” list for the 12th consecutive year, longer than any other government unit in the state.

A city’s financial problems are at or near crisis stage when the state auditor’s office determines that the city is in a “Fiscal Emergency,” which reflects money problems more severe than Norwood’s. Financial woes are less drastic than Norwood’s when the auditor declares a “Fiscal Caution.”

At the end of July, the city’s general fund balance was just $235 while the bond retirement fund was in the hole for nearly $140,000, according to Benjamin Marrison, director of communications for the Ohio auditor.

Marrison pointed out that the general fund is considered to be the operating fund that is used to pay most bills and city employees. He also said the city has more than $10.8 million in other accounts.

Those other accounts include the sewer department (with a balance of nearly $5.1 million), two development projects funds (about $2.6 million) and waste collection (about $190,000), the state auditor’s office said. Stith stressed that money from those accounts cannot be used to cover day-to-day expenses that are covered by the general fund.

“Our Local Government Services team believes city leaders need to take steps to increase revenues in the general fund, but the auditor’s office cannot compel any actions by local leaders,” Marrison said in an email. “Because Norwood is showing large payables, the auditor recently has directed the staff to do an updated analysis of Norwood’s financial condition.”

Despite annual deficits that have been reported year after year, the city’s police department isn’t convinced that the cupboard is as bare as the city insists.

The Fraternal Order of Police, the union that represents police offices, voted recently to hire a forensic accountant to conduct an independent analysis of the city’s finances, according to FOP President Craig Spille.

“If we can’t get the information that we want from the city, we’ll bring in someone from outside to get the answers,” Spille said, adding that the city’s financial woes seem to surface whenever it’s time for the police department to negotiate a new contract.

The FOP will discuss the plan to hire Wade Steen, of Columbus, to do an analysis of Norwood’s finances at its next meeting, Spille said. Steen’s background includes a couple of years as the fiscal officer for Cuyahoga County, which includes the city of Cleveland.

Besides the Rookwood Pavilion and Commons projects that have been completed, a number of other developments have added substantially to the city’s real estate and earnings tax receipts.