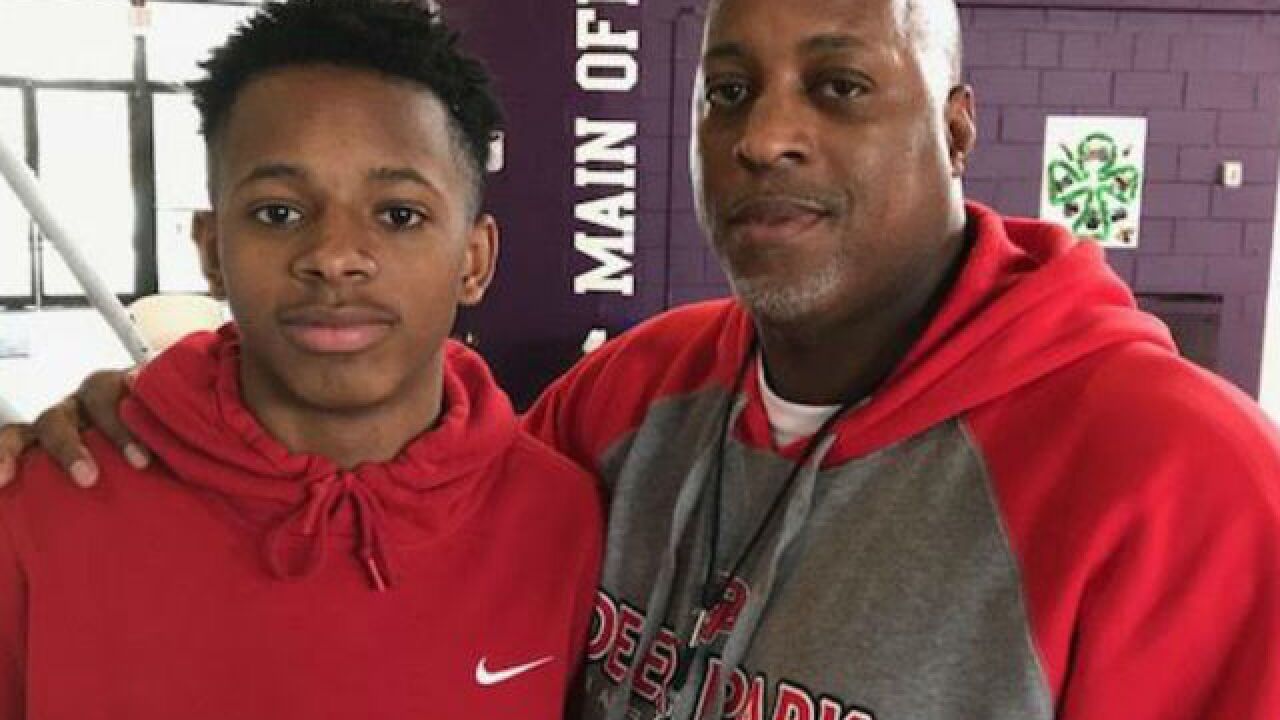 The fact is it's been there all season. That’s because Gentry knows what the undefeated Wildcats receive from his son, 5-foot-11 Steven Gentry Jr.

Make no mistake, though. The coach can be most critical of his son at times if the situation warrants. Coach Gentry simply wants the best for his son and the team.

“On the court it’s not his father first, it’s his coach first,” Deer Park junior forward Ibrahima Athie said. “He’s not giving him good credit or none of that. He gives him good credit if he does something good. Coach Steve also goes off on his son if he does anything bad. It’s not that he is light on him because he is his son. He’s really more hard on him than he is on us.”

As Deer Park (27-0) prepares for its first state boys’ basketball tournament appearance Thursday (5:15 p.m. tip-off) in Columbus, the Wildcats are counting on the coach’s son as one of the key components against Cleveland Heights Lutheran East (14-13).

Gentry Jr. said once the Wildcats won their 10th consecutive game Jan. 9 against visiting Indian Hill, they knew they had an opportunity at the state Final Four.

It seems the Wildcats have had a different player step up in the most critical moments this postseason. Seven or eight players are capable of making big plays in the fourth quarter including Gentry, who averages 8.5 points.

The stakes are great, but father and son are enjoying the opportunity to be at the Schottenstein Center Thursday.

It is basketball that bonds them together on the court and at their Deer Park home.

The two like watching March Madness together. They like telling jokes. They’ll talk about ways Gentry Jr., 16, can refine his game in the family kitchen.

“We had this talk plenty of times before,” Coach Gentry said. “I told him just by him being my son and people knowing me – they are going to expect him to be the greatest defender of all time because that’s what I was known for. He’s getting there but he’s not there yet.”

Coach Gentry, 48, a 1994 Xavier University graduate, played with the Musketeers in the early 1990s after playing high school basketball at Withrow.

Like his son, he was a left-handed point guard. He was a three-time team leader in assists at XU and was named the outstanding defensive player. He later played professionally in China, Holland, Israel, Japan and Poland.

Gentry is instilling some of the same principles into this son in the hopes that Gentry Jr. will earn a college scholarship in two years.

“He always tells me handle the ball, keep my team in check and play good defense,” Gentry Jr. said.

The younger Gentry picked up a basketball when he was 3. A few years later, he learned about his father's experience playing overseas.

Coach Gentry likes the fact he’s been able to receive a unique opportunity to coach his son. There aren't many father-son tandems in the city. He's grateful.

“It’s been a blessing just to see all the hard work that I put in him as a youngster,” Coach Gentry said. “To finally get him in high school, he’s playing up to par.”