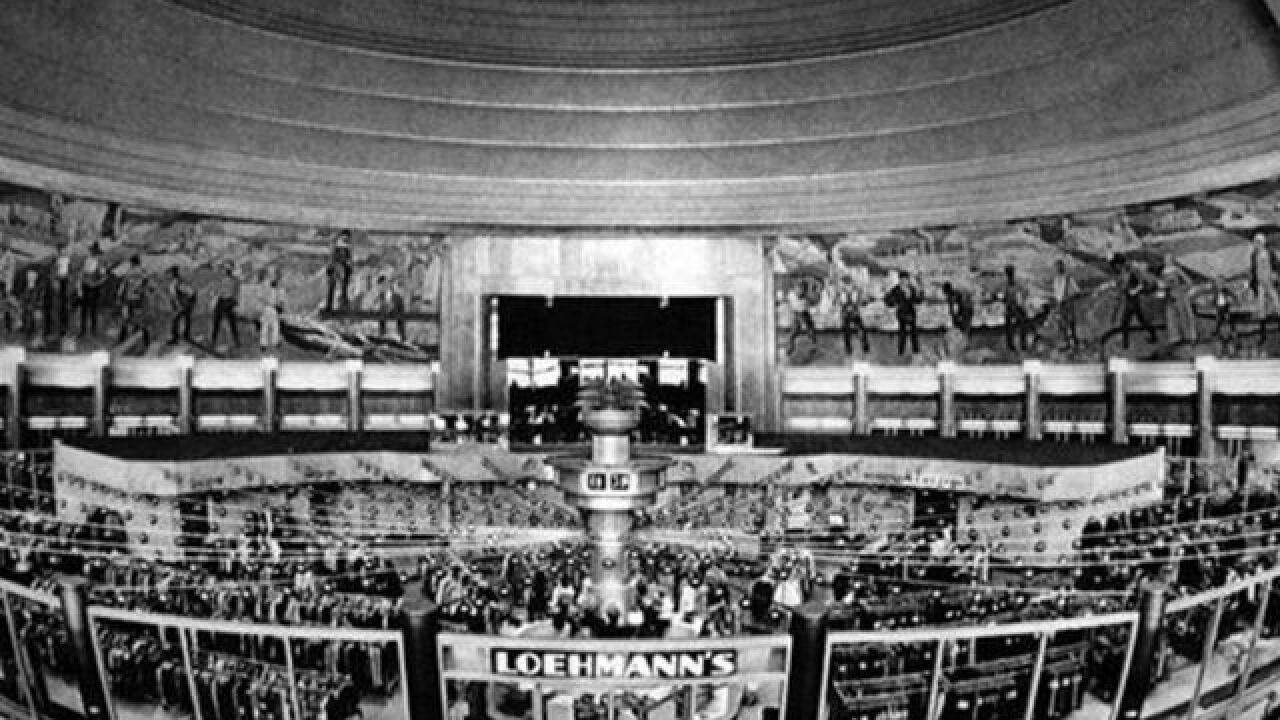 <p>Union Terminal was transformed into the Land of Oz shopping mall for four years in the early 1980s. By the end of the fourth year, only Loehmann's Department Store remained open. (Photo provided)</p>

CINCINNATI -- Though it pales in comparison to the Cincinnati Museum Center’s current $212 million renovation, a $20 million face-lift in 1980 brought a dilapidated Union Terminal back to life and brought the Land of Oz to Cincinnati.

For four years, Union Terminal was home to the Land of Oz, a shopping center that included more than four dozen retail stores, a restaurant and ice cream shop. At the height of its success, the mall saw 7,900 visitors daily, nearly double that of the Cincinnati Museum Center today. But just four years later, the shops were gone and the building, famous for its Art Deco design, sat empty.

The mall project was the brainchild of Steve Skilken, the then-27-year-old president of Joseph Skilken Organization, a Columbus-based contracting firm. Skilken’s proposal for the building was selected by the city of Cincinnati, which had been seeking a tenant to revitalize the building. The agreement provided Skilken with a 30-year lease, for which he would pay $1 per year and provide the city with another downtown shopping destination.

Despite early success, the mall quickly struggled due, in large part, to an economic turn that caused interest rates to soar from 6 to 22 percent. Within two years, half of the mall occupants were forced to close. By the end of the fourth year, Loehmann’s Department Store was the lone holdout. The mall closed, and the city regained control of the property.

It is a part of the history of Union Terminal that many don’t remember or appreciate, but without it, some say, the current renovation of the building wouldn’t be possible.

Scott Gampfer, director of history collections and library for the Cincinnati Museum Center, said despite lacking in financial success, the mall helped preserve the building in the long run.

“We can’t know what would have happened if Steve Skilken didn’t do the work he did," Gampfer said. "He did introduce some repairs to the building that were helpful. It was one step in the preservation of Union Terminal that brought us to where we are today.”

The $212.7 million renovation project, mostly funded by a voter-approved Hamilton County sales tax, focuses on replacing and repairing deteriorating parts of the Art Deco icon. The effort marks the first full renovation of the Fellheimer & Wagner-designed building, which was purchased by the city of Cincinnati in 1975 from the Union Terminal Co. in an effort to ensure its long-term preservation.

The Land of Oz mall opened in August 1980 after nearly two years of building updates and renovations that included repairs to the fountains and clock, upgrades to the electrical system, replacement of most of the windows, professional cleaning of the Winold Reiss murals, introduction of air conditioning and resurfacing of the parking lots. The building, which opened in 1933 as a railroad station, had received little, or possibly no, upkeep since its construction.

“We had to redo everything," Skilken said. "You should have seen the place. It was a mess. The entire ceiling was a mess. We researched the original colors and painted that entire thing after we built a scaffolding. If we hadn’t done such a good job and taken such good care of the building, it wouldn’t still be here today.”

While the mall project failed, Gampfer said it is an important piece of the building’s overall history and one that deserves to be remembered.

“The biggest part of its history is as a train station and during World War II, but it’s had a remarkable history since then,” Gampfer said.

While the final plans haven’t been determined, he said, the renovation of the building will include a feature for sharing the history of Union Terminal, including its time as a mall.

“The building is our biggest artifact, and we want to be able to tell its story," Gampfer said.

While both Gampfer and Skilken agree the recession played a large role in the mall’s eventual demise, Skilken believes it was ultimately a lack of support from the city that caused the project to fail. He said the city defaulted on his lease in order to utilize the building as a museum center.

The Union Terminal Association (UTA) formed in 1986 to help facilitate Union Terminal’s long-term preservation. Members included community members and county and city officials. The organization leased Union Terminal from the city and soon began the process of securing tenants for the building.

The full renovation, a project Gampfer said was sorely needed, includes numerous upgrades and improvement projects that won’t be seen by visitors, such as upgrades to aging mechanical systems.

Improvements that are more likely to catch visitors’ attention are enhancements to the lower lobby, including a new entrance and a café, mezzanine lobby and Losantiville dining room.

“Now we have the opportunity to do those things that they couldn’t do in the past... Union Terminal is a community asset, so we want to make sure it is preserved properly. But we also want to make it new and modern,” Gampfer said.

Construction will take place through October 2018, with a planned reopening of November of that year. While most of the museum is closed during construction, some sections remain open, including the children's museum and the special exhibits area.