Dayton, Ohio -- not Cincinnati -- might be the city to watch in race between Trump, Clinton 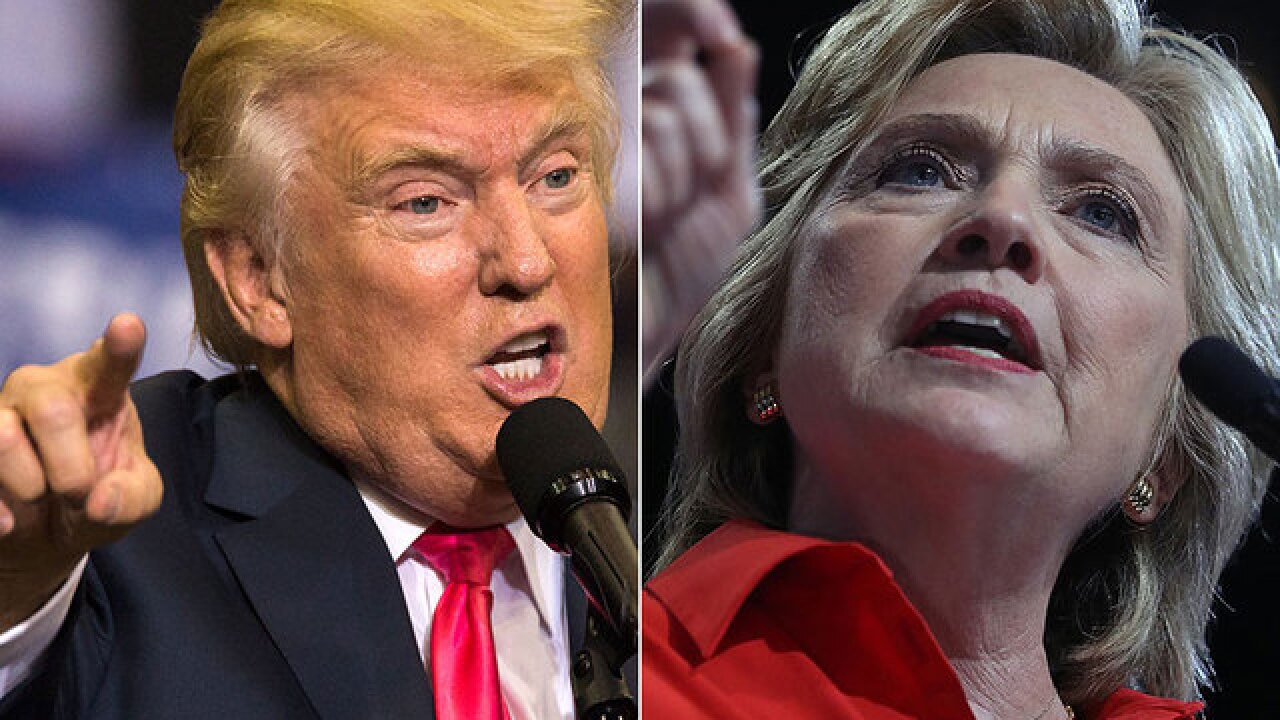 CINCINNATI -- Maybe all eyes won’t be on Hamilton County after all.

Just a 54-mile drive north of the Queen City sits Dayton -- a city half the size of Cincinnati.

It is a battleground for Hillary Clinton and Donald Trump, who have been more eager in recent days to dispatch vice presidential candidates and surrogates to Montgomery County instead of Cincinnati.

And if Hamilton County continues to lean Democrat -- voters there elected Barack Obama in the last two presidential elections -- Montgomery County could play a crucial role in this year’s vote.

“Southwest Ohio is where Republicans, statewide, run up the score,” said Ohio Rep. Niraj Antani (R-Miamisburg), who is running for re-election this year. “If Republicans are coming to the conclusion that they cannot win Hamilton County, then the battleground shifts to Montgomery County.”

Ripe for the picking

The stage is set for Montgomery County, home for roughly 535,000 people, to be one of the tightest presidential contests among Ohio’s populous urban counties.

Obama squeaked out a narrow win in the southwest Ohio county four years ago; only 3 percentage points and a little more than 7,000 votes stood between him and Republican challenger Mitt Romney. It was the narrowest margin of any urban county in the state, Hamilton County included.

Montgomery County also lacks the diverse and college-educated voters that some of Ohio’s largest counties boast.

Nearly 74 percent of residents there are white and not even a quarter of them have a four-year college degree, last year’s U.S. Census Bureau figures show. Those are the type of numbers that should put the Hillary Clinton campaign on edge; Donald Trump does his best with white voters who haven’t earned a bachelor’s degree.

Like Obama did in 2012, the Clinton campaign will need to shore up support in the city of Dayton and with black voters to clinch a win in Montgomery County.

“Given how close Montgomery was in 2012, I certainly think it’s plausible for Trump to potentially win it,” said Kyle Kondik, the author of the book, "The Bellwether: Why Ohio Picks the President."

With the county’s close proximity to two major highways -- Interstate 70 and Interstate 75 -- the economy leans on freight and transportation businesses, as well as manufacturing companies.

The Great Recession was brutal for Dayton. The region shed thousands of jobs and big-name companies -- the National Cash Register Corporation, Delphi Corp., and General Motor Co. -- either packed up and moved or withered away.

Trump’s call to punish companies that ship jobs overseas and bring back manufacturing work to the U.S. might resonate there.

“The language Trump uses is very simple and clear,” University of Dayton political science professor Dan Birdsong said. “He often speaks of a time that people are kind of nostalgic for, that may be more likely to be seen in a Norman Rockwell painting. They look at their lives and they see what he’s talking about.”

In fact, the March Republican primary between Ohio Gov. John Kasich and Trump was closer in Montgomery County than any of the state’s urban counties. Kasich still won, but only 4,000 votes separated the two.

Still, Trump is struggling to win over some Republicans, especially educated voters in affluent suburbs.

“The Republicans who live in southwest Ohio, for the most part, are more moderate Republicans, which makes them ripe for the pickings for Democratic candidates in this election,” said Joe Valenzano, chairman of the University of Dayton’s communication department and an expert in campaign rhetoric. “Democrats see this type of Republican in Southwest Ohio as the type who finds Trump distasteful and they hope to peel them off.”

A win for Trump in Montgomery County would be historic.

Unlike Hamilton County, which had long been regarded as a reliably red state, it’s been nearly 30 years since voters in this county last elected a Republican, George Bush.

Democratic presidential campaigns count on strong turnout in urban regions such as Cleveland, Columbus and Dayton to carry the state while Republicans bank on votes in suburban and rural counties, including Butler, Warren and Clermont counties. Consider this: Obama took the state by winning only 15 of Ohio’s 88 counties in 2012.

The Trump campaign also put two Dayton-area stops on its schedule during a ‘Women for Trump’ tour last week. Montgomery County was among the first places where the campaign opened up an office a month ago. Meanwhile, a Hamilton County office was just announced earlier this week.

Dayton Mayor Nan Whaley, a Democrat, has noticed a recent uptick in visits from presidential candidates and their surrogates, bringing back memories from the close 2004 race between John Kerry and George W. Bush. That election, Montgomery County voters sided with Kerry, 51 to 49 percent.

“By October (2004), we literally had a surrogate here every single day,” Whaley said. “It’s a really important county. It has to go for Hillary for the Democrats to even have a chance of wining the state and it has to have pretty strong plurality.”

In an unpredictable election year, political insiders say Montgomery County could be one of the most solid predictors of who will win Ohio -- Trump or Clinton.

In 2012, Obama took Ohio with just a 1.9 percent lead -- his margin for the win was just one percent higher in Montgomery County. In Hamilton County, where some Republicans fear they are losing their grip, Obama had a nearly five-point advantage.