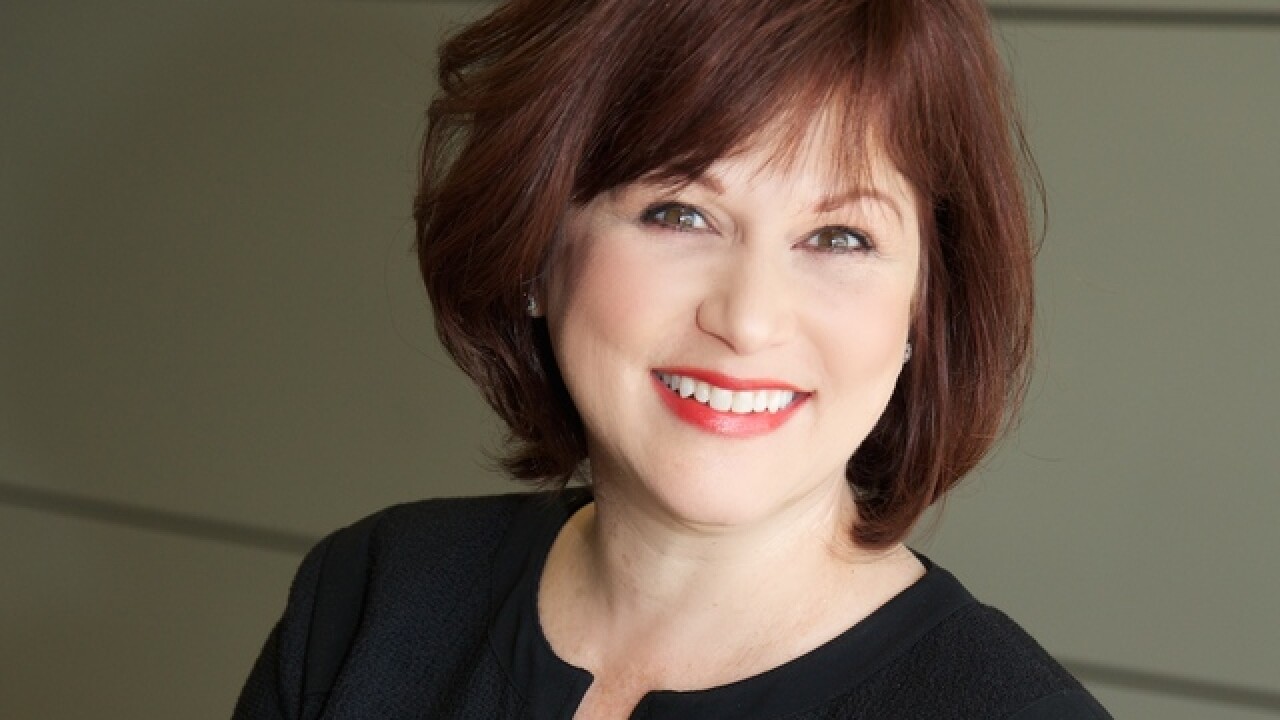 CINCINNATI -- Before negotiating the sale of her company this year, Convergys Corporation CEO Andrea Ayers was custom-fitted for a new golden parachute.

Convergys' Aug. 28 securities filing shows Ayers stands to gain $14.9 million in parting pay when Synnex Corporation buys the call-center company later this year. Ayers signed a Feb. 20 contract that eased her access to stock awards just a few days before the company embarked on a four-month search for a buyer.

Convergys said the change had nothing to do with the company's sale, which was announced June 28. Instead, it was a retention tool aimed at keeping Ayers engaged in the company while it searched for her successor.

A local expert on public company transactions said the arrangement passes muster, but it might not have been appropriate if Ayers had signed her contract just a few days later.

"I would have strongly discouraged those types of decisions from being made or executed at least after a (sale) process had begun," said attorney Mark Reuter, a partner in the business reputation and transactions group at Keating Muething & Klekamp Downtown.

Most companies use stock awards as long-term performance incentives by granting shares to executives that vest, or transfer ownership to said executive, over a period of several years. Most executives have the ability to collect unvested stock awards when their company is sold, but typically those are "double-trigger" arrangements, meaning the company must sell and the executives must lose their job in order to collect.

Ayers signed a separation and consulting agreement in February that invalidates her double-trigger restriction with the following language:

The impact of that change is clear from the Aug. 28 filing. For three other Convergys executives, 89 percent of all stock awards are subject to a double-trigger restriction. They will collect about $1.3 million from some of their stock awards in the event of a sale, which is the first trigger, but they'd get an additional $10.3 million if they involuntarily leave their job six months prior to a sale or two years after. That's trigger number two.

Ayers will collect on 100 percent of unvested stock awards, or $10.1 million, within 10 days of the sale being finalized, according to her contract. She also is eligible for $4.7 million in severance and pro-rated bonus awards for 2018, along with health care benefits and outplacement services worth $30,629.

Investors like double-trigger restrictions because they encourage the retention of executive talent, which can help an acquired company grow. Single-trigger arrangements encourage bosses to seek buyers. A 2014 report by compensation consultant Equilar said single-trigger deals are "a powerful incentive to oversee a smooth, shareholder-friendly transition with a large share-price premium."

San Diego, California-based Synnex agreed to pay $2.8 billion for Convergys, or $26.50 in cash and stock for each Convergys share. That stock price is 18 percent higher than the closing price on May 10, the day before the Wall Street Journal first reported that Convergys was looking for buyers.

Convergys representatives declined to be interviewed for this story, but in written responses to WCPO's questions, the company has extolled the virtues of the sale as one that enables future growth for Convergys and its roughly 1,000 local employees. Here's an excerpt:

"This transaction is the culmination of a robust process designed to maximize value for our shareholders and better position Convergys and our clients for growth and success. Convergys shareholders will receive an immediate premium for their investment as well as the opportunity to participate in the significant upside potential of the combined entity. We expect Convergys employees to gain expanded career opportunities as part of a larger organization with an enhanced industry-leading position."

Like most of what happens when corporate boards set the pay rules for bosses, Ayers' parting compensation package is open to interpretation.

Ayers clearly improved her potential parting pay since last Spring, when Convergys estimated her "change of control" benefits were worth $11.2 million, or 33 percent less than today.

But her $14.9 million in parting pay doesn't look out of line compared to other golden parachute arrangements disclosed by local public companies that were acquired since 2015.

Omnicare Inc. told its shareholders that CEO Nitin Sahney was eligible for $23.1 million in parting pay, including $2.8 million in single-trigger awards. Omnicare was a much bigger company than Convergys when the drug-store chain CVS acquired it for $12.4 billion in 2015.

General Cable Corp., which sold for $2.9 billion to Italy's Prysmian Group in June, said in a Jan. 16 filing that CEO Michael McDonnell was eligible for "Golden Parachute Compensation" of $22.8 million. That included about $2 million in stock options subject to single-trigger rules and another $14.2 million in stock awards with double-trigger restrictions.

Sahney and McDonnell both left their jobs following the sale, so the double-trigger restrictions didn't impact their ability to collect on stock awards.

However, the timing of Ayers' shift to single-trigger vesting is interesting, as it happened after the company was approached by potential buyers and three days before Convergys' board formally authorized the exploration of a sale.

In its Aug. 28 filing, Convergys provided a timeline of the events leading to its proposed sale. Here are some relevant details:

Synnex Corp. emerged as the winning bidder by mid-June and the deal was announced June 28.

The Feb. 20 contract called for Ayers to leave Convergys by the end of 2018, but remain available to work as a $30,000-a-month consultant through February 2021. It also restricted her ability to work for competitors following her departure and limited her ability to sue the company over employment issues.

In other words, the deal was about more than erasing her double-trigger restrictions on equity awards in the event of a sale. But at some point in any merger process, modifying the terms of prior stock grants should be discouraged by legal advisors, attorney Mark Reuter said.

That point probably hadn't been reached by Feb. 20, he added, but it likely happened in the days that followed.

"They got some inbound inquiries and indications of interest, apparently unsolicited. That doesn't bother me," Reuter said. "But if she had entered into that agreement after a formal process was initiated, meaning you engage an investment bank and the investment bank assembles a list of potential parties and starts making outbound calls and soliciting indications of interest, the optics of that is something I think would be bad and it's something I would discourage."