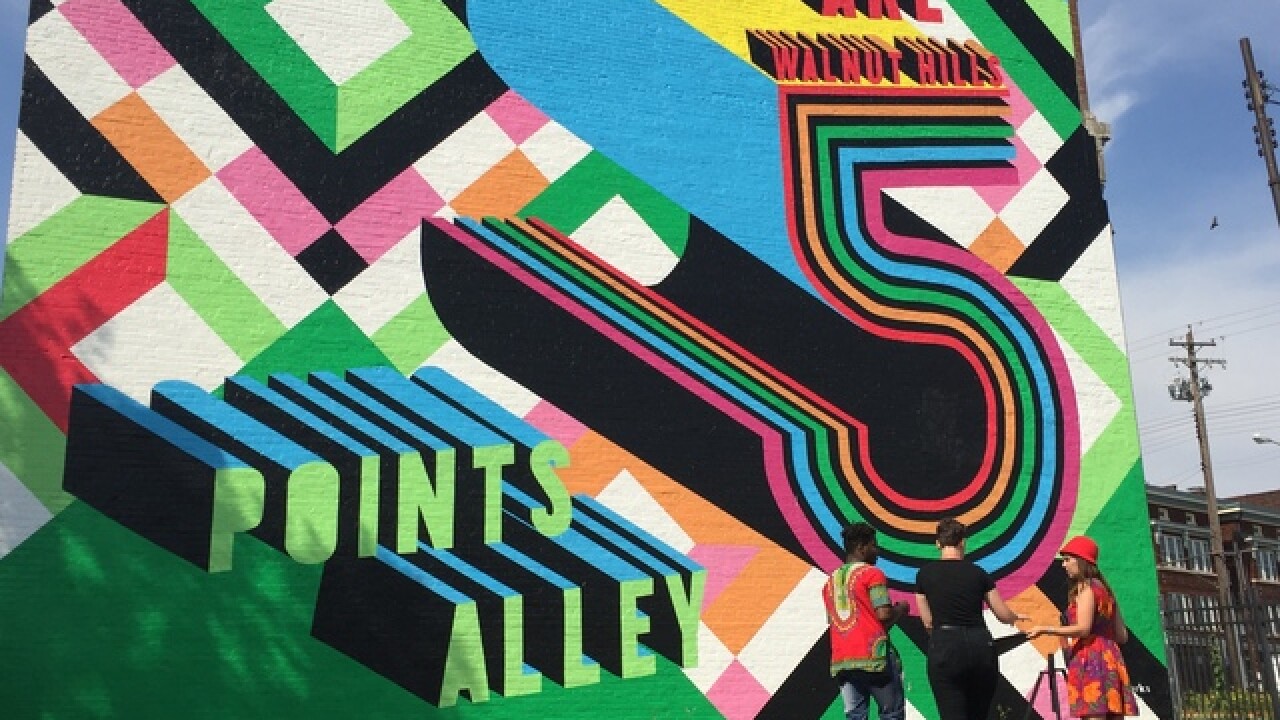 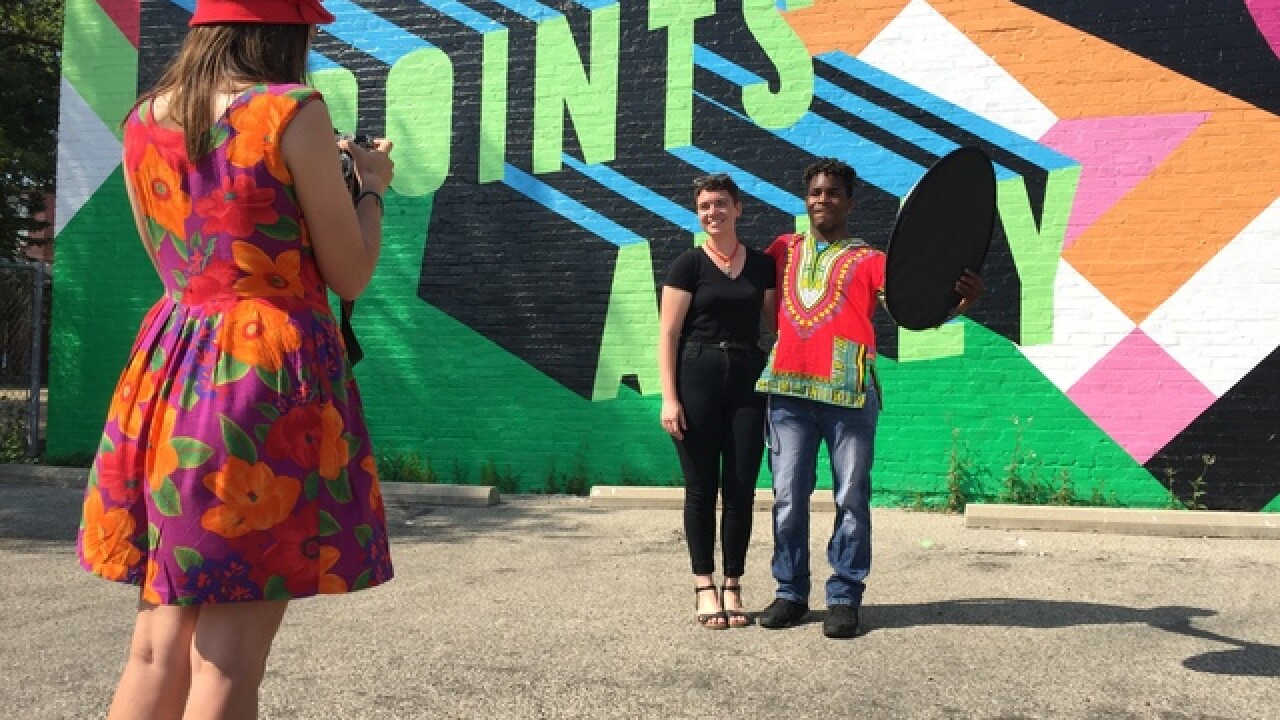 Instead, this entrepreneurial teenager is giving back to his native Walnut Hills by organizing a photography session where anybody in the neighborhood can sit for family portraits at no charge.

The event lasts from 5 to 8 p.m. Saturday at Five Points Alley (behind Gomez Salsa at 2437 Gilbert Ave.) and has something for all the senses, including free snacks from OCD Cakes, crafts from Indigo Hippo and live local music.

Jones took his idea to Commensal Cincinnati, a loosely formed organization founded in April to empower neighborhoods by combining people’s "time, talent and treasure” into storytelling, art and food projects.

“One of the things that we’re trying to do is cultivate connection, compassion and community within these neighborhoods where there may be tension already or where people don't really get an opportunity to come together with someone who may have a different value or where they may be different from each other," Kelsey Kinnemeyer said.

She’s an interior designer who quit her job at a local architectural firm to gather what she calls Commensal’s “Brain Trust,” a group of about 10 people who work on the project.

They chose Walnut Hills to “run with the energy” of organizations like the Walnut Hills Redevelopment Foundation and Cincy Stories, which are already working to bridge divides in the neighborhood.

“Even Stevie Wonder can see that Walnut Hills is the new OTR,” said Commensal member Sharee Allen, quoting an idea she recently heard a Walnut Hills resident express. “So, it’s just making sure that when new businesses move into the community that we’re doing it in a responsible way and in a way that considers everyone who already lives here.”

Allen, an art therapist and photographer, worries about economically disadvantaged members of Walnut Hills’ diverse neighborhood getting pushed out as higher-end apartments, bars and restaurants pop up. She hopes Commensal can help developers, builders and community members “break bread” at the same table to prevent gentrification.

And that’s where Jones came in as Commensal’s “community liaison” by suggesting the portrait project and helping draw in local families.

“We were watching a movie in class and this man, he was taking portraits of homeless people. And one thing I wanted to do, as a spinoff of his idea, was to make it for everybody -- not just homeless or mentally ill people,” Jones said.

He wants to rebuild hope within neighborhood families who might not be able to afford hiring a professional photographer for portraits.

All participating families will get free digital copies of their portraits, but Commensal will also be accepting donations to help those who can’t pay to get an 8-by-10-inch print at $5 each. The prints will be available for pick up from 4 to 8 p.m. June 30 at the Cincy Stories gallery at 961 E. McMillan St., where an artist research project that Commensal has been helping conduct will have its final showcase.

Aprina Johnson of the Walnut Hills Redevelopment Foundation spearheaded the project, which takes a look at how segregation, class and race discrimination have affected the neighborhood’s cultural make-up.

Kinnemeyer said Commensal is currently working on inexpensive events that don’t need great monetary donations, but rather ask people to give of their time and talent. Jones sets a high bar for future volunteers as he has filmed videos for his football team, founded Purcell Marian’s photography club and started up his own photography company, Studio Editz.

Commensal Cincinnati will eventually apply for grants through ArtWorks or a local business accelerator as Kinnemeyer said they plan to expand this year.

"Price Hill is going to be our next focus, so we'll probably spend a couple more months in Walnut Hills before we move on to Price Hill,” Kinnemeyer said. “Then we have a couple more neighborhoods like the West End and Mount Auburn on our list as well that we'd like to tackle."

Keep an eye on Commensal Cincinnati's Facebook page here to see upcoming events or suggest one of your own.