COLUMN: Obama unshackled is Obama at his best 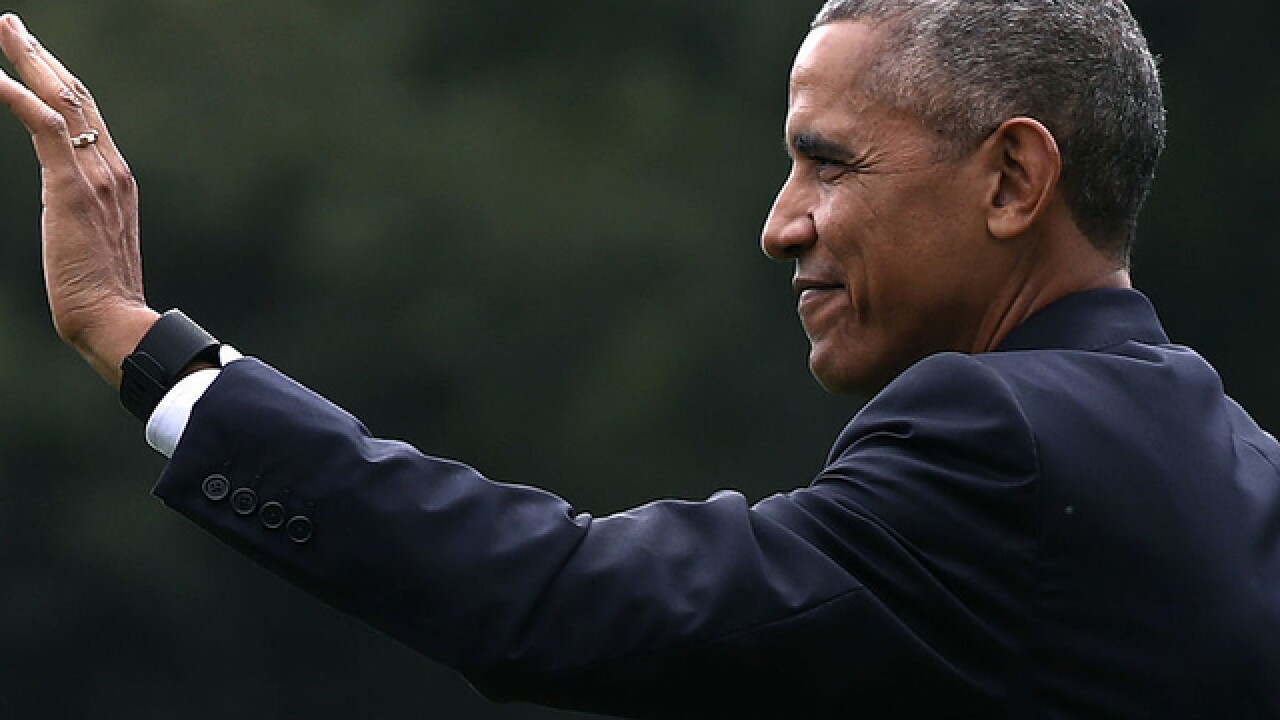 COLUMBUS -- Ohio hosted a memorable political moment Thursday amid a campaign season filled with them.

In Cincinnati, Donald Trump rallied in front of some 20,000 people, at the end of what was, for a presidential candidate -- or anyone for that matter -- a nightmare of a week.

A hundred miles to the north, at the same time, President Barack Obama whipped up a Democratic crowd as he entered the last 100 days of his presidency.

The contrast between the two, who have often been antagonists over the last few years, illustrated much about a campaign that is, mercifully, nearing its end.

Trump said a few days ago that his shackles were off as House Speaker Paul Ryan said he had finally had enough of his party’s nominee.

But what we saw in Columbus was Obama unshackled.

Finally freed of needing to tread carefully and worry about the next election or the next big piece of legislation. Freed to speak his mind about the last eight years, a time when he and the country endured outlandish conspiracy theories and outright lies about someone twice elected to the nation’s highest office.

He spoke his mind to a partisan audience, not with anger, but with humor, then seriousness, then passion.

He poked fun at his media critics: "If I watched Fox News, I wouldn’t vote for me!"

That evoked laughter among the audience of several thousand, but then he got serious and the room hushed.

"How did we get to the point where we have such rancor?" he asked in a way that you felt that he was truly troubled by it.

But he’d thought about it, and had an answer: “What’s best in us has all too often stood on the sidelines and hasn’t been heard, and has left the field to some of our worst impulses,” he said as the cavernous Columbus Convention Center room went silent.

And then gave in to some righteous anger. But who’s to say he didn’t deserve to indulge in it?

The rancor, he said, didn’t start with Trump. It’s been building for years, and allowed to grow by Republicans and others who encouraged it or were silent.

They stood by, he said, while Obama was accused of plotting to take over Texas, of taking away people’s guns and on and on. "This is in the swamp of crazy that has been fed over and over and over again," he said, voice rising and the room rising to its feet.

But then he turned presidential, speaking of the "concern, compassion and empathy" that still exists in the country, and holding out hope that those American qualities will come to the fore.

To the Democratic audience, he rose above politics. "This isn’t just about winning this election. It’s also about affirming this democracy and affirming this ideal that people who love this country can change it. And that the most important office in this country is 'citizen.'"

Somehow, Obama’s 40-minute appearance was political, presidential and uplifiting all at the same time.

Meanwhile, at U.S. Bank Arena in Cincinnati, Trump was talking about locking up Hillary, "investigating the investigators," insulting the media covering him and condemning our cities as dangerous.

On this day in Ohio, the difference was never more clear.