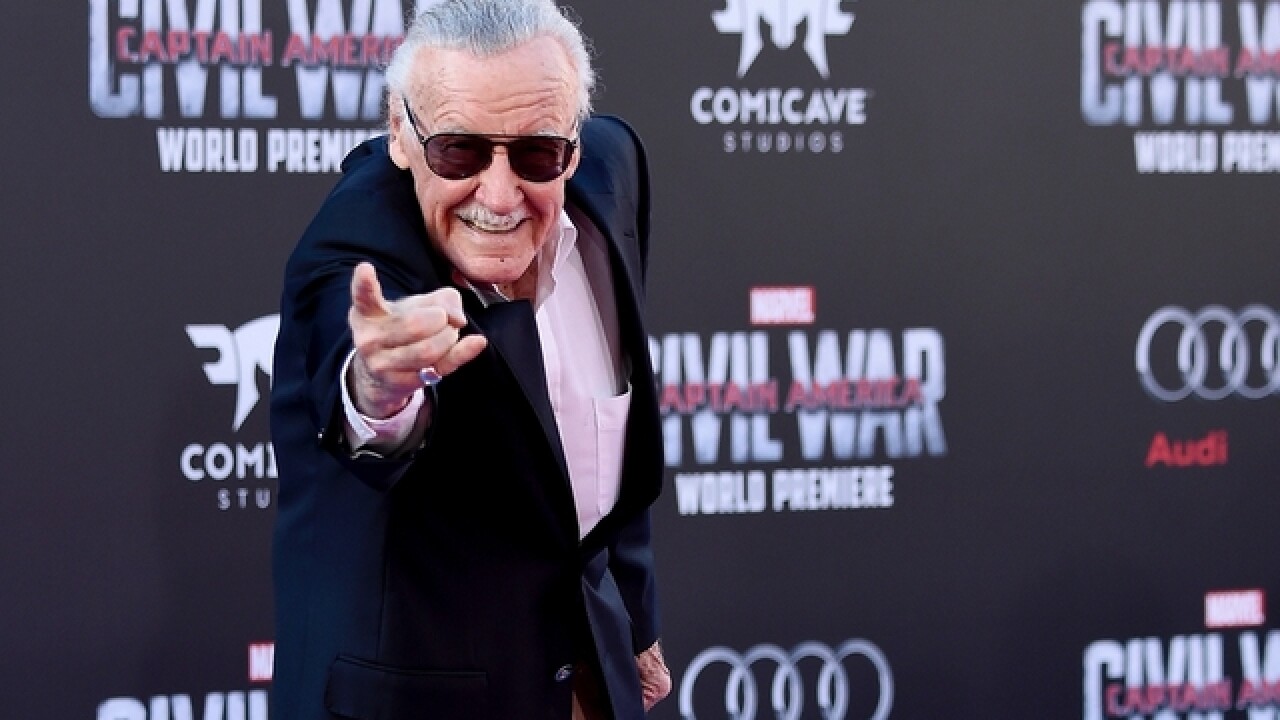 CINCINNATI — Stan Lee's visit to the Cincinnati Comic Expo this weekend might not be his first trip to the Queen City, but for fans of the legendary Marvel Comics creator it should be the most memorable.

The Cincinnati Comic Expo, which runs Friday through Sunday at the Duke Energy Convention Center, will be the 93-year-old Lee's last convention appearance ever in the Midwest, organizers said.

Lee, whose comic book career spans more than 75 years, announced in May that after he turns 94 in December he will only attend convention events near his home in California.

“I think I was here once for a convention some years ago,” Lee said of Cincinnati during an interview conducted in late July. "It was great."

Lee, who started working in comics in 1939, began making what would become hundreds of convention appearances after co-creating iconic characters like the Hulk, Fantastic Four, Spider-Man, Black Panther and Thor in the 1960s and 1970s for Marvel.

Lee said his fans are what has kept him going, even after retiring from Marvel Comics in the late 1990s.

“Some men like to play golf. I like to meet fans,” Lee said. "I love their enthusiasm. I love talking to them. It’s so nice to have fans. And I feel if you have them, the least you can do is pay attention to them and make them be glad that they are fans. From a selfish point of view, when you talk to the fans you learn what they like. So, it helps me to come up with more stories that I’m sure fit in the area that they like.”

Yes, Lee is still creating new superheroes with collaborators, and he said he has no plans to slow that down anytime soon.

“I have another little company of my own called POW! Entertainment, which, of course, stands for Purveyors of Wonder,” he said. "We have some movies that are in the works now, and I am kind of excited about them. I can’t tell most because they are secret.”

What Lee was able to share about his POW! stable of characters reflected a continuity of socially conscious and culturally diverse themes that he began at Marvel with stories about flawed superheroes wrestling with real-world issues.

“I tried to put a lot of social commentary in but tried to not make it read like social commentary,” Lee said of his writing philosophy. "It was just part of the story. But I hoped that when someone finished reading the story, in some way he’d have a slightly better attitude toward the world and people and so forth. I tried in the stories to make it that everyone could get together well. I tried to get black characters and Latino characters. We have a new Latino character at POW! Entertainment. We also have an Indian superhero called Chakra. The one thing I tried not to do is preach. But if you can get a story that has a nice moral angle to it, why not?”

Lee recently launched handsofrespect.com, an initiative, symbolized by a pin, to unite people in response to racially motivated violence in the country.

“My daughter (JC Lee) said to me once, 'Why don’t we do something to get more friendliness between blacks and whites, instead of all of these problems?'” Lee said. “So, I designed this pin, which is a black hand shaking a white hand with the word ‘respect’ over it.”

When asked about Marvel Comics' current take on his creations, like exploring gender by turning Thor into a woman or prominent journalist Ta-Nehisi Coates’ current “Black Panther” storyline, Lee hesitated to comment.

“Not that I don’t want to,” he said. "Not only has my hearing gotten bad, my eyesight is also bad and I can’t read the damn stories. I can’t see them. Well, I can see them with a magnifying glass if I read a word at a time, but that’s no fun. So, I just give up. Besides, I am so busy doing new stuff, I probably couldn’t have time to read them, even if I could read.”

Instead, Lee's manager Max Anderson summarizes major plot points from those books so Lee knows what is happening. Anderson said that he is constantly amazed by Lee’s level of energy and involvement at age 93.

“He loves what he does,” Anderson said. “Sometimes when he does panels or long trips, he gets burned out, but when he gets out on stage in front of everybody it's like he just woke out of bed. He’s just full of energy and he just feeds off what he is given.”

Lee said he never imagined when he started in the comics industry in 1939 that his characters would become the foundation for a multibillion-dollar industry.

"I just hoped the books would sell, and I’d keep my job and be able to pay my rent," he said. "This has been fantastic. I love what I do -- otherwise I wouldn’t be doing it.”

Wray, who booked Lee for this year’s Comic Expo, said Lee's visit to Cincinnati is a touchstone for the expo, which is now in its seventh year.

“It tells us we have grown up,” said Wray, who first met Lee while working as personal security at conventions several years ago. "It tells us we arrived. For me, it’s special to welcome Stan to my city.”