Can Kroger survive a giant challenge? Hint: It already did 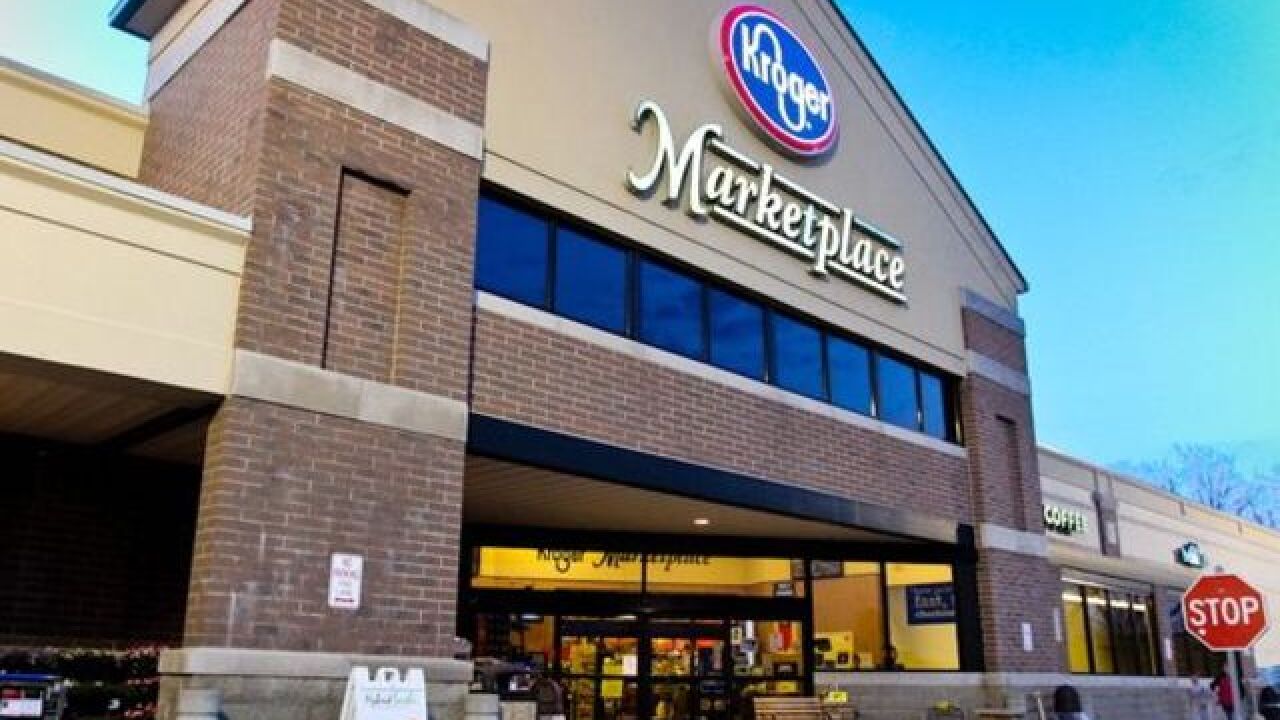 CINCINNATI -- When Kroger Co. shareholders gather for the company’s annual meeting Thursday, there will be an elephant in the room. Not since 2002 has Kroger seen such a perilous pachyderm – a technology-enabled giant that can devour market share and slash prices.

“When the plague comes to your village, everyone gets sick but not everybody dies. If you survive your market share goes up because the old and weak are buried."

The Kroger skeptics were talking about Walmart Stores Inc. then, Amazon Inc. now. But the threat is eerily similar.

Walmart had state of the art warehouses and unparalleled inventory-management tools. Amazon has robots to pick your products and drones to deliver them. Both companies race to the bottom on pricing. And now, with a pending acquisition of the Whole Foods organic chain, Amazon seems like an indomitable foe. That’s how Walmart seemed to many investors in 2002.

And yet Kroger defeated its Bentonville rival decisively.

“This industry has always been highly competitive,” Kroger Chief Financial Officer Mike Schlotman reminded Wall Street analysts Wednesday. “I’ve been around Kroger -- it will be 32 years in October -- and year-in, year-out it's a competitive industry. Each year has been more competitive than the last.”

Portfolio managers at Riverpoint Capital Management said the market overreacted to last week’s double whammy of bad news for Kroger. First, Kroger reduced earnings expectations for the year. Then, Amazon announced the $13.7 billion investment in Whole Foods. Kroger’s stock lost 30 percent of its value in two days. It’s up about 7 percent since then, closing Wednesday at $22.37.

“We don’t know what Amazon’s strategy will be with Whole Foods, and it may ultimately not be effective,” wrote Vic Lassandro, senior portfolio manager for RiverPoint. “Simply lowering prices and offering more delivery options doesn't necessarily fix Whole Foods’ problems.”

In addition, Lassandro notes Kroger has “significant competitive advantages in real estate, size/procurement, data analytics, a loyal household base, a cost cutting focus, and a strong private label offering which can counter price-led competitors that can allow them to maintain profitable growth.”

But for those seeking to reassure themselves about Kroger’s future, here’s a look at what happened after Walmart emerged as a major threat in 2002 with the national expansion of its supercenter concept.

WCPO reviewed 13 years of Kroger annual reports in which the company detailed a series of strategic pricing decisions and a crafty mix of new-store construction plus acquisitions. Those changes enabled the Cincinnati-based grocery chain to grow market share for 11 straight years.

In four of those years, Kroger did well enough in head-to-head competition with Walmart that it provided extra detail to shareholders showing how it gained share against its Arkansas rival.

2011: Kroger's overall market share grew by approximately 75 basis points in 2010 in 17 of the 19 marketing areas where Walmart supercenters are a primary competitor.

2012: Walmart supercenters are a primary competitor in 17 of Kroger's 19 marketing areas. Kroger's overall market share grew by approximately 40 basis points in 2011 in those 17 marketing areas.

2013: Walmart supercenters are one of Kroger's top two competitors in 13 of these 18 marketing areas. In these 13 marketing areas, Kroger's market share increased in 12 and slightly declined in one.

2014: Walmart is one of Kroger's top two competitors in 15 of the 20 markets outlined in the Nielsen report. Kroger's market share increased in all 15 of these markets.

Kroger didn’t provide dollar figures in its annual market share updates and the territories it compared changed over time. But the market-share trend was unmistakable: Kroger didn’t just survive the Walmart threat. It thrived.

RiverPoint’s Lassandro said Amazon’s purchase of Whole Foods will intensify price competition and accelerate the shift toward online grocery sales. Both of those trends could negatively impact Kroger profits.

But as Schlotman pointed out at the Oppenheimer Consumer Conference in Boston Wednesday, the grocery business is not just about “feeding the human belly.” It’s also about “feeding the human spirit.” He isn’t convinced that the industry will shift to online orders and doorstep delivery exclusively because “humans are social animals and we thrive on interaction with each other.”

Schlotman sees proof of that in customer letters that praise associates – often with tear-jerking stories – about simple acts of kindness that improved their outlook.

“When one of our associates helps lift up a customer,” he said, “you can't get that kind of emotional connection through a mobile phone.”