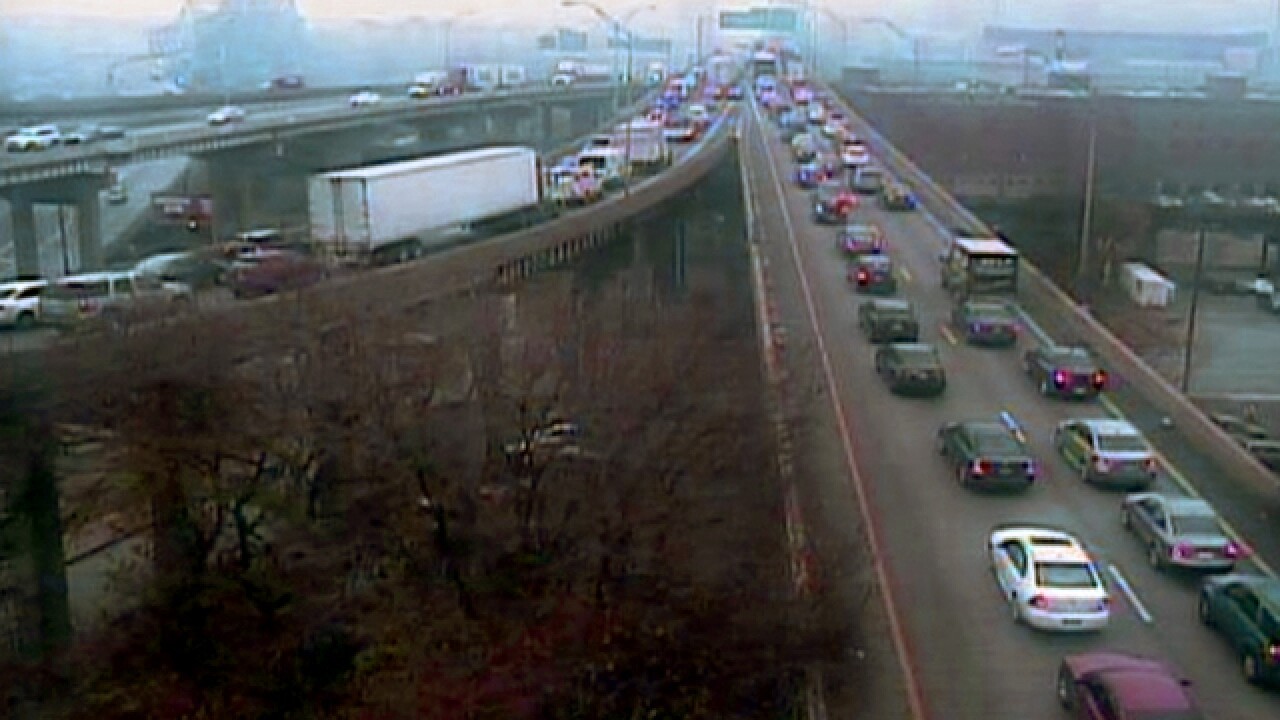 "Since I was 6, I've been driving -- off-road until I was 16," the 29-year-old Cold Spring resident told WCPO. At one point, his family owned and serviced 18 licensed vehicles, he said.

What he doesn't love: traffic congestion on U.S. 27 and Interstate 471, two of the major roadways he uses on his 30-minute commute to and from work each day. They converge in Highland Heights, at what is one of Northern Kentucky's busiest intersections.

Murphy says it's only getting worse in the area, as traffic from Interstates 71 and 75 diverts into Campbell County to avoid the increasing Brent Spence Bridge-related congestion.

Being a lifelong resident of Campbell County -- and a Campbell County High School and Northern Kentucky University graduate -- Murphy knows these roads as well as anyone.

"I use 27 on a daily basis," he said. "It's definitely getting more congested."

Part of that comes from the growing suburban communities in the southern portion of the county.

"There's a lot of people moving into the suburbs in the southern areas of Campbell County," Murphy said. "(U.S.) 27 is still the main thoroughfare for them to get up to Cincinnati."

But Campbell County's two biggest roads are also experiencing residual effects of the massive amount of traffic that flows through the Brent Spence corridor -- spanning from Dixie Highway in Fort Wright up to Cincinnati's Queensgate neighborhood.

Both states' transportation departments collaborated to introduce a $3 billion plan to build a sister bridge alongside the Brent Spence in order to ease congestion. The bridge sees nearly 200,000 vehicles per day -- more than triple its original design capacity -- and carries roughly 5 percent of the nation's gross domestic product each year. That's up from 3 percent just two years ago.

A yearlong study released last fall confirmed the need for a second bridge.

Those plans have stalled, though, because Kentucky lawmakers cannot agree on how to fund the project. At the center of the debate is whether to charge a toll to cross the new bridge.

"Currently, nothing's going on with (the bridge), and the reason for that is it's a funding issue," said Kentucky State Rep. Arnold Simpson, D-Covington. Simpson represents Kentucky's 65th District in northern Kenton County, where the bridge connects to the commonwealth. He's also been an outspoken critic of tolling the new bridge.

"They call it 'alternate financing,'" he told WCPO. "I call it tolls, but most if not all of the delegation in Northern Kentucky is against that funding mechanism. So, it's in a state of flux."

Simpson and others oppose tolls because they argue it would create an unfair burden on Northern Kentucky commuters: "A large percentage of the people using the bridge are Northern Kentuckians going to work in Cincinnati."

That means, he said, commuters should expect congestion on I-71/75 to continue.

"When it's rush hour in the morning and the afternoons, Monday through Friday, there's going to be some traffic congestion, and it's going to continue to be because quite frankly the bridge is inadequate," he said. "We all know this."

According to federal bridge rating standards, the Brent Spence is ranked "structurally sound, but functionally obsolete." That means it's not in any danger of collapse, but cannot accommodate the current traffic volume.

Brent Cooper heads up the Northern Kentucky Chamber of Commerce. He told WCPO that "all options should be on the table," including tolls.

"We need a new bridge. In terms of financing we just haven't gotten to where everyone can agree yet," he said.

Cooper said last summer's maintenance work on the Brent Spence should serve as a preview to what building a new bridge will mean for traffic on surrounding roads.

"It was very clear this summer when construction was being done on the Brent Spence Bridge, as that maintenance was being performed," he said. "It was obvious the domino effect it had."

Due to the daily traffic backups, drivers seek alternatives.

"It happens here in Covington, too," Simpson said. "A lot of people go through our back streets to stay out of traffic."

Simpson said he supports the proposed Eastern Bypass project, which would build a new freeway spanning from Boone County, through southern Kenton and Campbell counties across the river into Ohio. That plan would also involve building a new bridge, upriver from the Brent Spence between Campbell County in Kentucky and Clermont County in Ohio.

Meanwhile, as lawmakers debate in Frankfort, commuters across the region -- like Murphy -- remain stuck. Luckily for Murphy, who works as an engineer in Springdale, he recently moved to a different shift that allows him to avoid the peak driving times.

"In general, it's not too bad," he said of his new commute. "It's still pretty congested, but when I was driving up there during peak time, it was at least double the time."