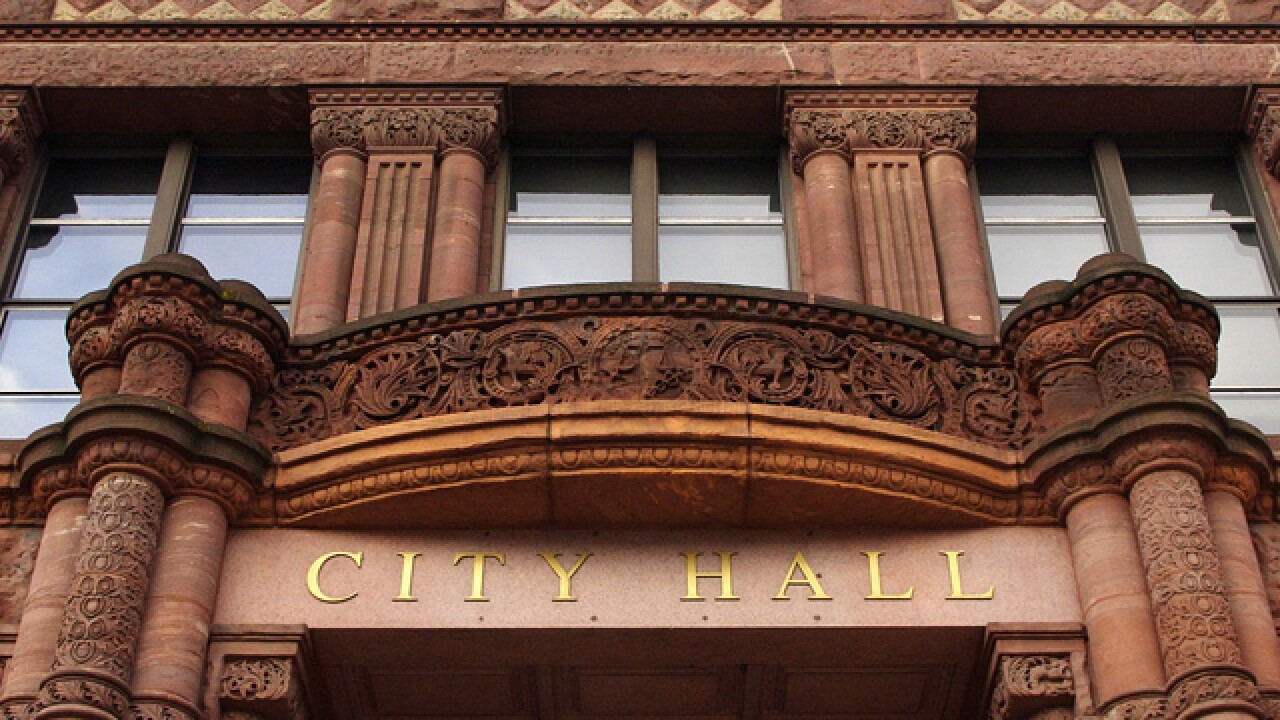 CINCINNATI -- The Black Agenda Cincinnati is calling on Cincinnati City Council to change how the city allocates tax dollars to human services organizations by removing United Way of Greater Cincinnati from the process.

For years, the city has contracted with United Way to oversee applications for city funding and manage the volunteer Human Services Advisory Committee that makes recommendations to council about which nonprofit organizations get the money.

Community activist Kelli Prather spoke out against that practice during The Black Agenda Cincinnati’s recent “Fighting the Power of Racism” meeting. She made reference to the controversy that engulfed United Way last month when the organization’s first-ever black CEO stepped down after alleging he had been the victim of “subtle threats.”

“In light of the recent events with United Way, it’s very alarming and of deep concern to know that our city taxpayer dollars are sent to United Way to oversee human services,” she said at the Nov. 17 meeting. “No more of our tax dollars being shipped off to the people that have no accountability to the taxpayers.”

In a video on The Black Agenda Cincinnati’s Facebook page, co-convenor Dwight Tillery called on the organization’s supporters to attend City Council’s Dec. 5 meeting to support the group’s demands, which include halting the city’s funding of United Way after the current budget cycle.

Cincinnati City Councilman David Mann said he hasn’t been part of any formal discussions about removing United Way from the city’s human services funding process, and he would hesitate to make the move.

“The current process was created in order to take the role of politics out of the process of reviewing applications and making awards,” Mann said. “I think the last thing we want is for City Council to start kind of parsing out money. It kind of smacks of cronyism.”

United Way Senior Vice President Margaret Hulbert said if the city wants to reclaim the process, United Way would support the decision. The city pays United Way $90,000 per year for the work, she said, which doesn't cover all its costs.

"We don't lose a ton of money, but we lose a little," Hulbert said.

Millions of city tax dollars are at issue.

“What will happen with the money?” said Charles Wallner of the Faith Community Alliance, one of 36 agencies and organizations that do not receive human services money but have come together to support the city’s human services fund. “That’s something we would like to know.”

The City of Cincinnati has been awarding human services funds to nonprofit organizations since 1981. For many years, the city had a policy of allocating 1.5 percent of the city’s general fund revenue toward human services.

But the city has fallen short of that amount every year since 2005 because of tight budgets and pressure to spend the money elsewhere.

The funding was as low as $2 million in the 2005 fiscal year, representing 0.61 percent of the city’s general fund budget, according to a spreadsheet created by the city’s budget office.

When United Way agreed to help the city manage its human services funding, city officials promised to get back to the 1.5 percent threshold, Hulbert said. But it didn't happen.

The city almost got back to the 1.5 percent funding level in its 2016 fiscal budget. Human services got a little more than $5.5 million that year, which represented 1.46 percent of the city’s general fund budget.

Mann was mayor in 1981 when the city pledged to spend 1.5 percent of its general fund dollars on human services and has worked to get spending levels back to that threshold.

“The whole point all along has been, there are things the city does, but we’re talking about funding for all the other nonprofit agencies that are out there doing good things and are fighting desperately for funds,” he said.

Mann championed an ordinance passed in 2017 to ease the city back into the 1.5 percent funding commitment. If the city had stuck with that commitment, it would have resulted in allocating an additional $24 million to local nonprofit organizations over the past 14 years, according to the budget office data.

Wallner said he thinks the United Way has done a competent job in its role for the city over the years. Still, he said the agencies and nonprofits that are advocating for the human services funding want to see funding restored to the 1.5 percent level.

“The question isn’t whether this committee is doing its job,” he said, “but whether the city is actually tapping all the necessary resources it has to protect its citizens from future issues.”

Depending on what comes of The Black Agenda Cincinnati’s advocacy, another question could be whether council members reclaim those decisions as theirs alone to make.