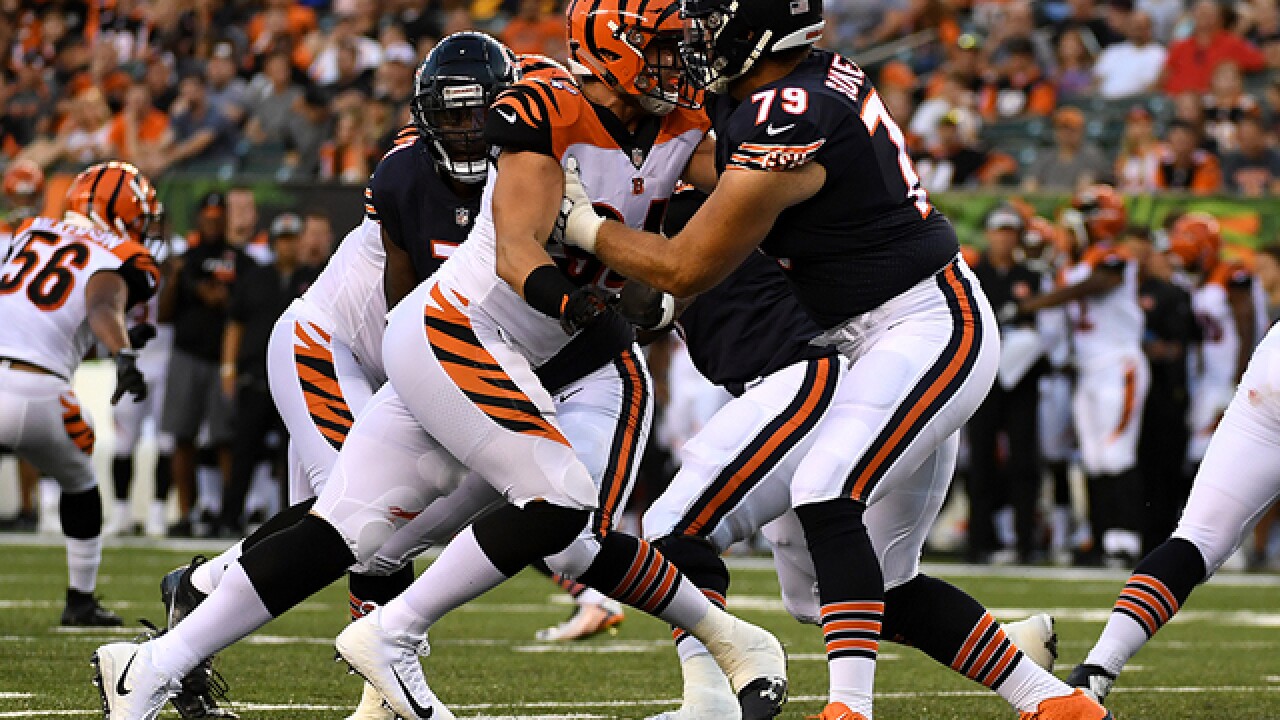 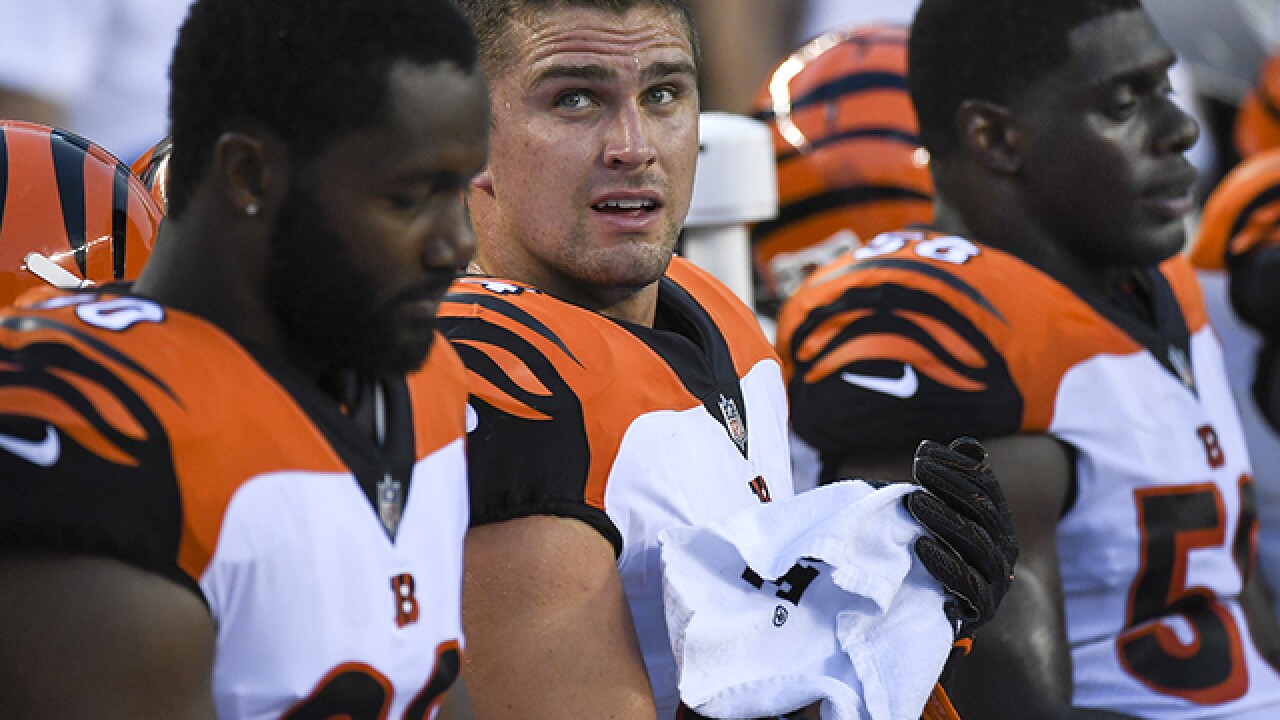 WCPO's Mike Dyer is giving a behind-the-scenes look at how Cincinnati Bengals rookie Sam Hubbard is adjusting to life in the NFL, both on and off the field. These stories will chronicle how the former Ohio State and Moeller standout is progressing with on-field play, interactions with teammates and coaches and his new day-to-day experience of life as an NFL player.

Hubbard, the Bengals’ No. 77 overall selection in this year’s NFL Draft, appeared as the second-string left defensive end with the Cincinnati defense starting in the second quarter as the Bengals led the Chicago Bears by a touchdown.

His high-motor play was certainly on display in the first half. It’s no wonder why Bengals coach Marvin Lewis said in June  Hubbard was way ahead of the curve and expected the rookie to add to the team right away.

During the second quarter Thursday night, Hubbard narrowly missed a sack off the edge on Chicago second-string quarterback Chase Daniel on a third-and-2 from the Bengals’ 3-yard line.

The Bengals’ defense gave an alternate look late in the second quarter as Hubbard played inside at defensive tackle. Later, Hubbard assisted on a tackle on a punt return at the 8:38 mark of the third quarter.

He made a solo tackle on the Bears' running back for a 1-yard loss with about eight minutes left in the fourth quarter.

“So far he’s looking pretty good; he’s active in the backfield a lot,” said former NFL linebacker Rocky Boiman, who is now an ESPN College Football analyst. “His length and quickness has been tough on those interior offensive linemen. You can tell he was coached well in college. He uses pass rush techniques, not just bull-rushing or running 10 yards up the field like a lot of college players.”

Hubbard used to work with Boiman prior to his Ohio State career. Boiman, who earned a Super Bowl title with the Colts in 2007, has enjoyed watching Hubbard grow from a free safety at Moeller to an NFL defensive end.

"It was hot and humid," Hubbard said. "I had a lot of reps - special teams and defense but I think I handled it really well. After that first couple of plays I felt more and more comfortable out there."

The preseason game was the first time Hubbard, a 2014 Moeller High School graduate, appeared in a game at Paul Brown Stadium.

Hubbard, the former Ohio State University standout defensive end, had plenty of support from family and friends hours before kickoff Thursday night. The family and friends didn't have their customized jerseys yet but they had an enthusiasm for the hometown product.

His parents, Jim and Amy Hubbard, worked to set up the tailgate party in Lot D next to Paul Brown Stadium at 3 p.m.

“I’m extremely optimistic,” Jim Hubbard told WCPO. “Some parents worry about their kids; I never worry about Sam. He always does great. He always surprises me. He’s more than ready.”

Sam Hubbard entered Thursday night as No. 2 on the team’s depth chart behind Carlos Dunalp at left defensive end. Hubbard was one of the Bengals’ two third-round draft choices in April and set the foundation for interest among the the local media this spring and summer.

Hubbard graduated from Ohio State in December 2017 with his degree in finance and elected to bypass his fourth and final season of eligibility to enter the NFL Draft. Hubbard helped to lead Moeller to back-to-back Division I state titles in 2012 and 2013.