At Mandira Jacob's Thali Thursdays, you get southern Indian cuisine with a dash of Caribbean

And you'll help global causes at the same time 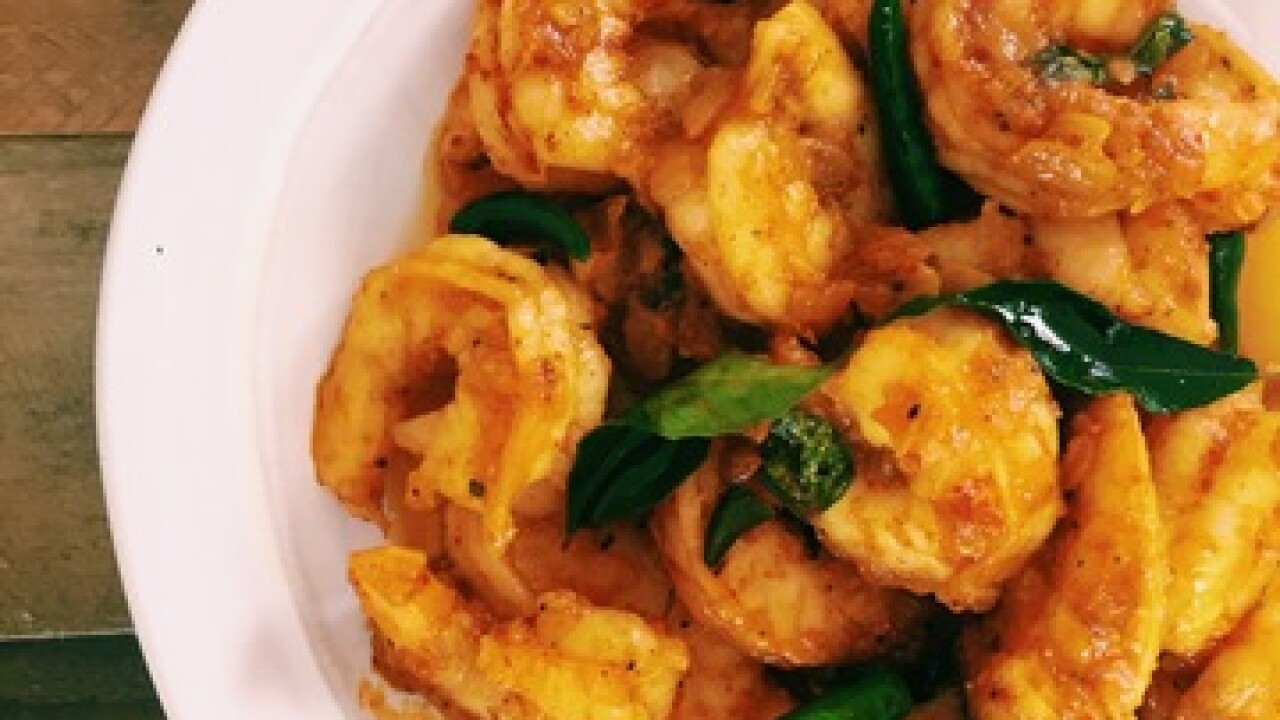 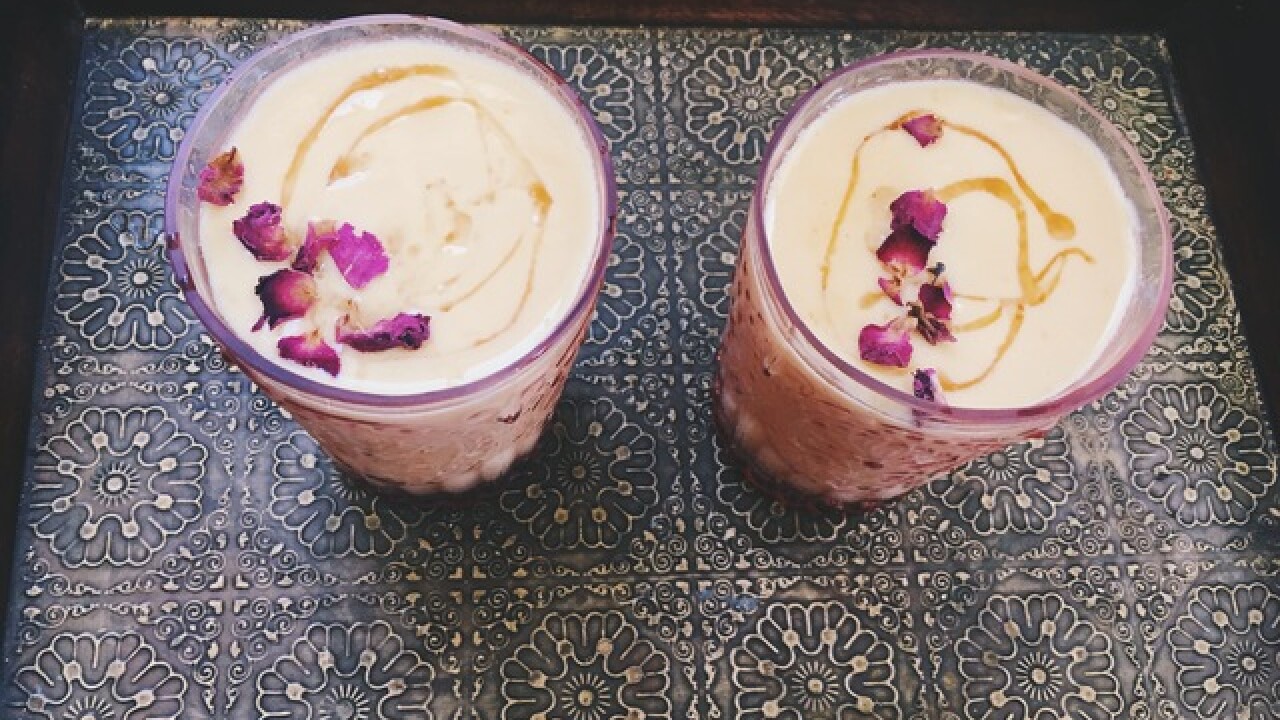 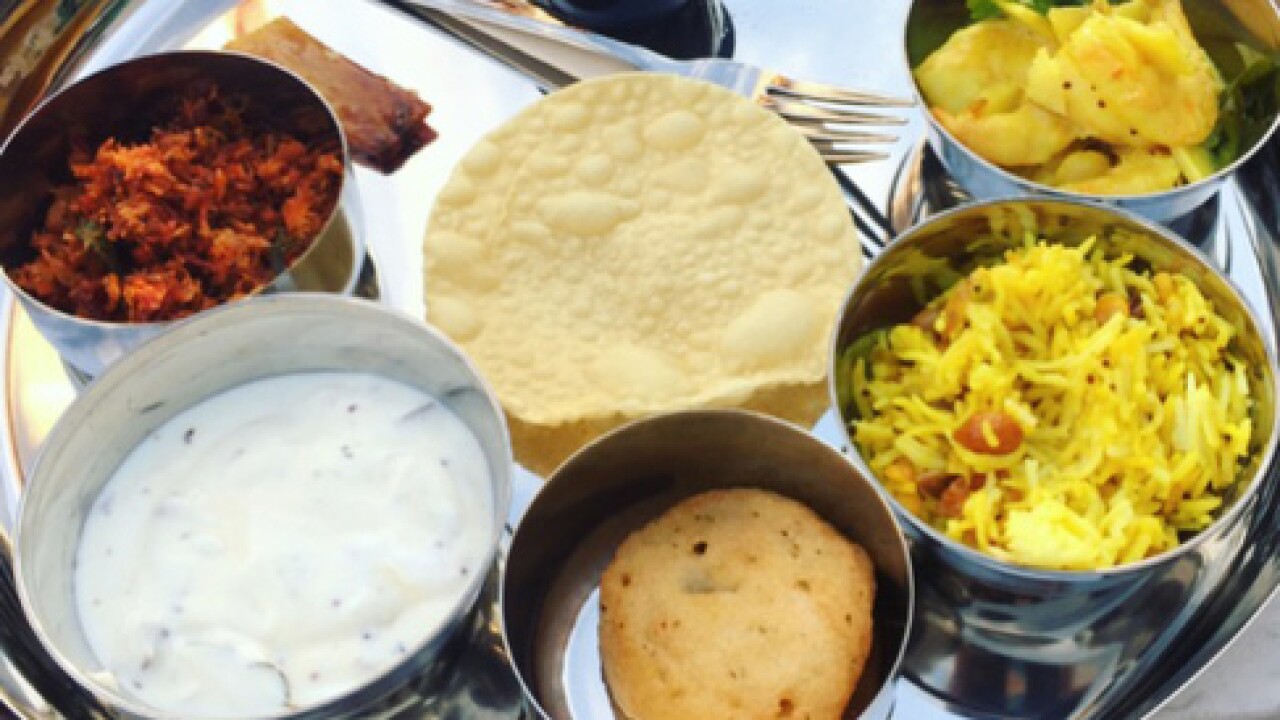 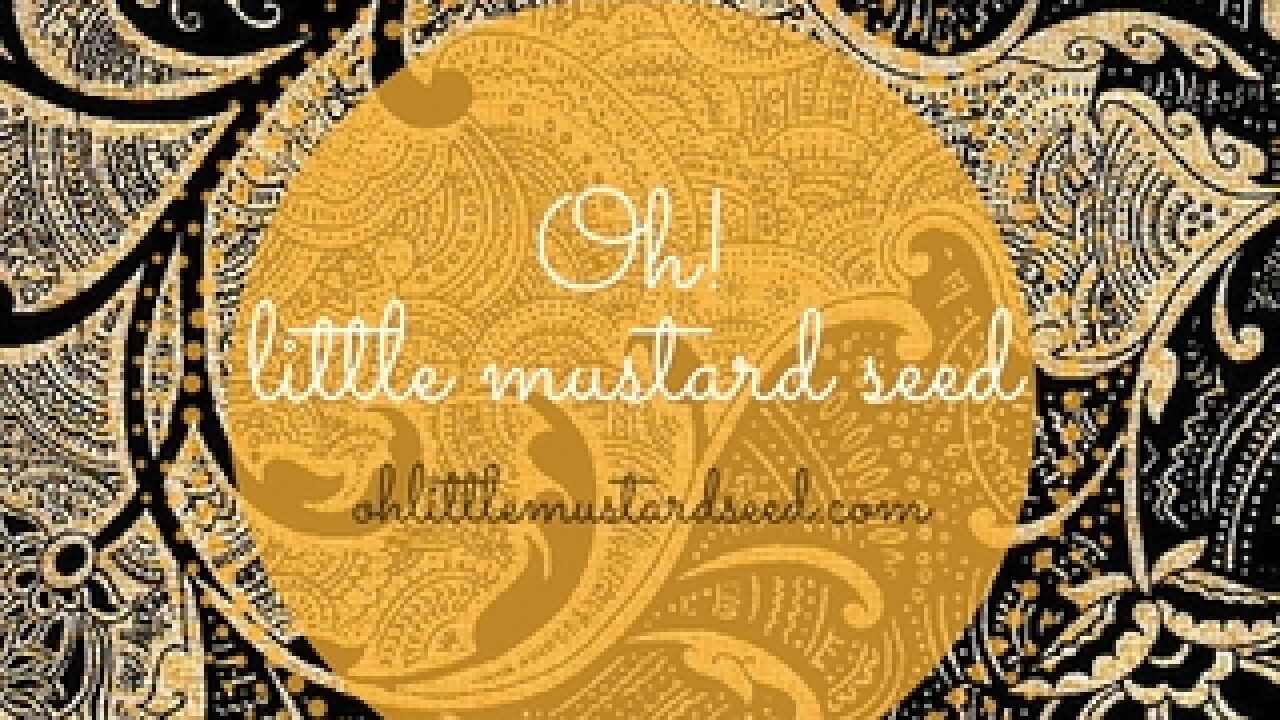 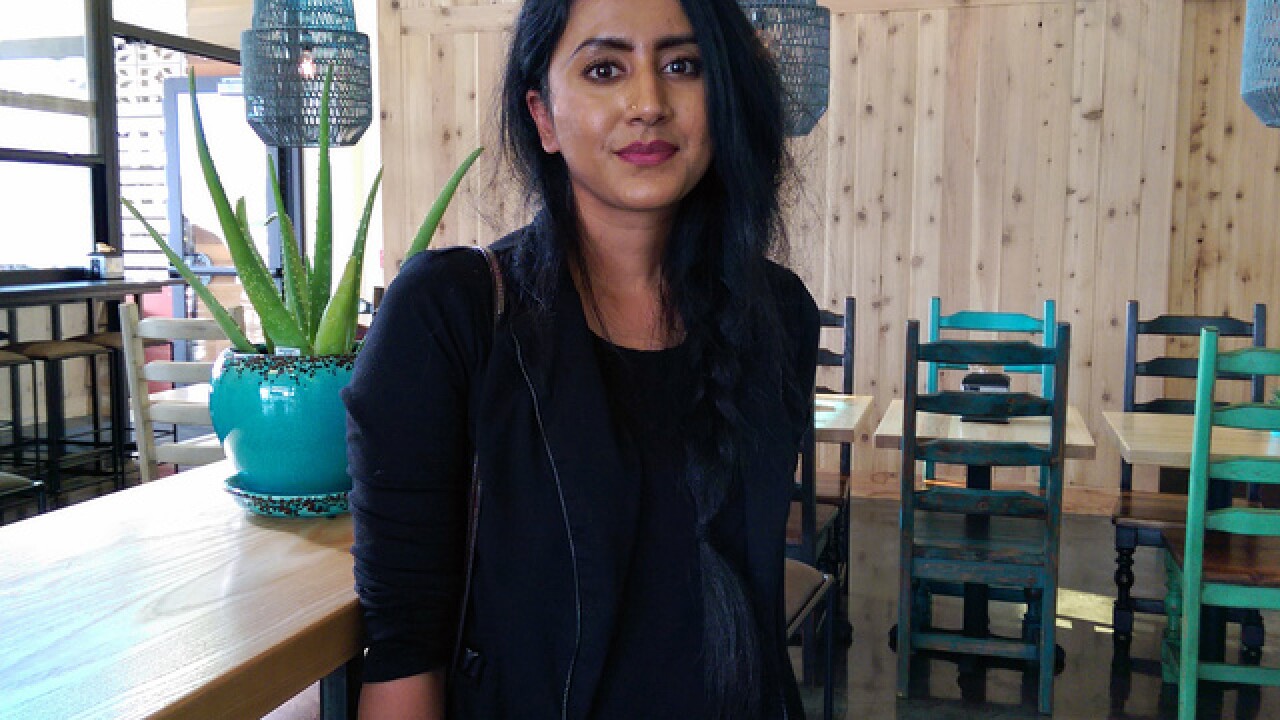 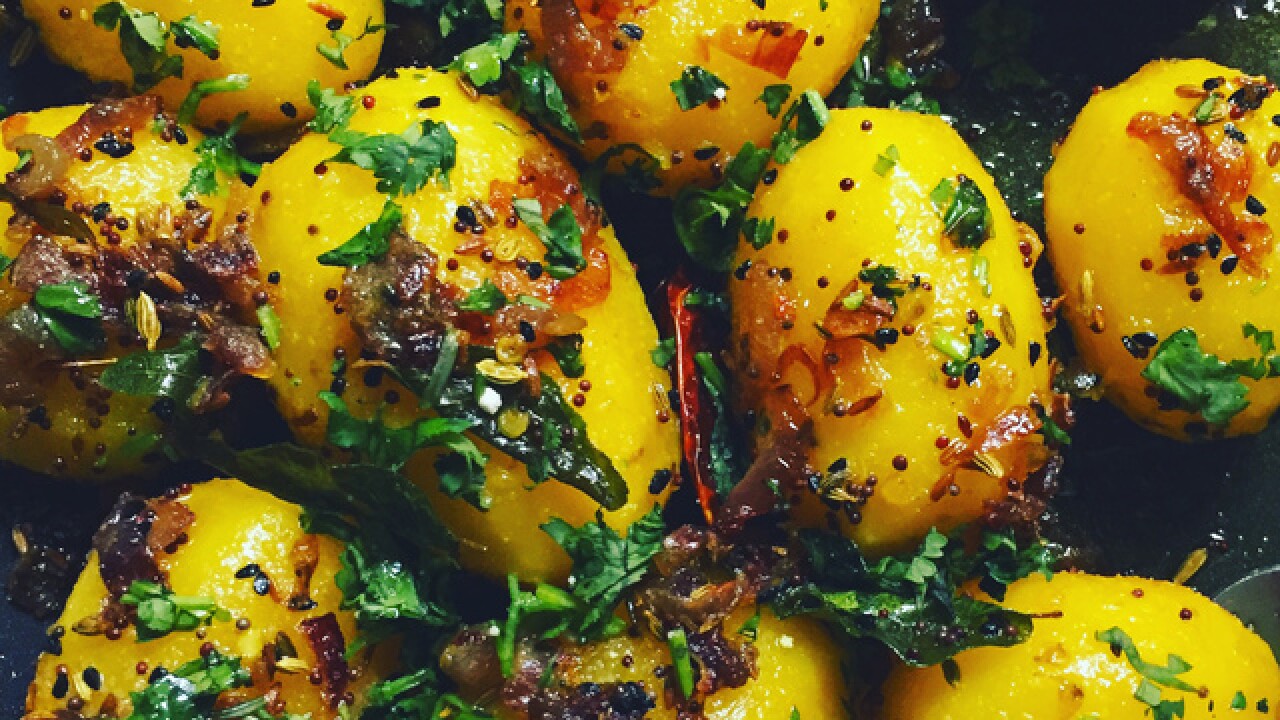 CINCINNATI -- Thali Thursdays, a themed pop-up dinner, brings southern Indian cuisine to the rooftop of The Reserve, located at Fourth and Race streets downtown, every last Thursday of the month.

This supper-club-style gathering puts the food of Kerala, a state on India's southern coast, front and center.

"The flavors are coastal-inspired," said Mandira Jacob, whose family comes from Kerala. She's the owner and creative force behind Oh Little Mustard Seed, the company behind Thali Thursdays. Oh Little Mustard Seed is a food and events company specializing in modern and traditional southern Indian cuisine.

Kerala, which translates to "Land of Coconuts" in the local Indian dialect, is a southern Indian state along the Malabar Coast. Not surprisingly, coconut is a predominant ingredient in the local cuisine. Appam, a pancake made with fermented rice batter and coconut milk, is particular to Kerala, Jacob said.

Southern Indian cuisine makes use of ingredients such as curry leaves, brown mustard seeds, chilies, ginger and starchy roots like yuca. Rice is a staple, in contrast to flatbreads like naan in the north. The food is generally lighter and incorporates more seafood, fresh herbs and produce, along with the liberal use of chilies.

A thali is a large round metal platter that holds an assortment of around six dishes (courses). The dishes are typically served in smaller metal containers called "katoris" arranged in a circular fashion on the thali. The assortment of dishes touch on all six flavors embraced in Indian culinary philosophy: salty, sweet, bitter, sour, astringent and spicy.

"All courses are presented at the same time on the thali," Jacob said. "It (typically) features a rice main, thoran, main protein and vegetables." Thoran is a dish made with grated coconut cooked down with vegetables like beetroot, cabbage and cauliflower.

The dishes that grace the table on Thali Thursdays reflect the food Jacob grew up with via the Caribbean. Jacob's parents left Kerala and moved to Antigua after her father finished medical school. Jacob was born in Antigua, and later moved with her family to Nevis, another island in the Caribbean.

"Everything there reminded my parents of (Kerala)," she said, referring to the fresh seafood, produce and coconuts that lined Nevis. "You could get the freshest seafood from the fishermen right outside your door."

After high school, Jacob came to the University of Cincinnati and earned a degree in communications. She was working at a publishing company when she came across something that would become the genesis of Oh Little Mustard Seed.

"I attend Crossroads in Oakley, and they work with an organization called Freeset," Jacob said. Freeset is a fair-trade business that fights sex trafficking by giving employment opportunities to the women trapped in Kolkata's sex trade.

Jacob wanted to do her part but also wanted to do something with her love for food. Then she remembered a verse in the Bible: "If you have faith the size of a mustard seed … nothing will be impossible to you."

Mustard seeds are also central to southern Indian cooking, giving Jacob reason to believe that her new food venture was a perfect way to help a cause she cared about. Jacob contributes a portion of the food sales to help global and local missions.

Every Thali Thursday carries a different theme, ranging from "Boozy Bollywood Brunch" to "Along the Malabar Coast."

"Indian Street Eats" will take center stage on July 27. The menu has not been finalized yet, but will likely include items like batata vada, pakoras, pani puri, chaat bombs, tandoori-style "Chix" sliders and gulab jamun. The meal will be served with a papad, pickle and specialty drink. Thalis will be refilled at no extra charge.

In keeping with Jacob's desire for guests to have the full experience of the food and each other's company, she has designated the first hour as a cocktail and mingle hour.

"I am into creating a shared-table experience," Jacob said. "I really enjoy cooking for people. Food can be refined and artistic, and I want to show all of its colors, flavors and culture."

Where: The Rooftop Terrace at the Reserve, 105 W. Fourth St., Downtown