At GABP, Chef Gary Davis feeds up to 40,000 fans a day -- and it's not just peanuts and Crackerjack 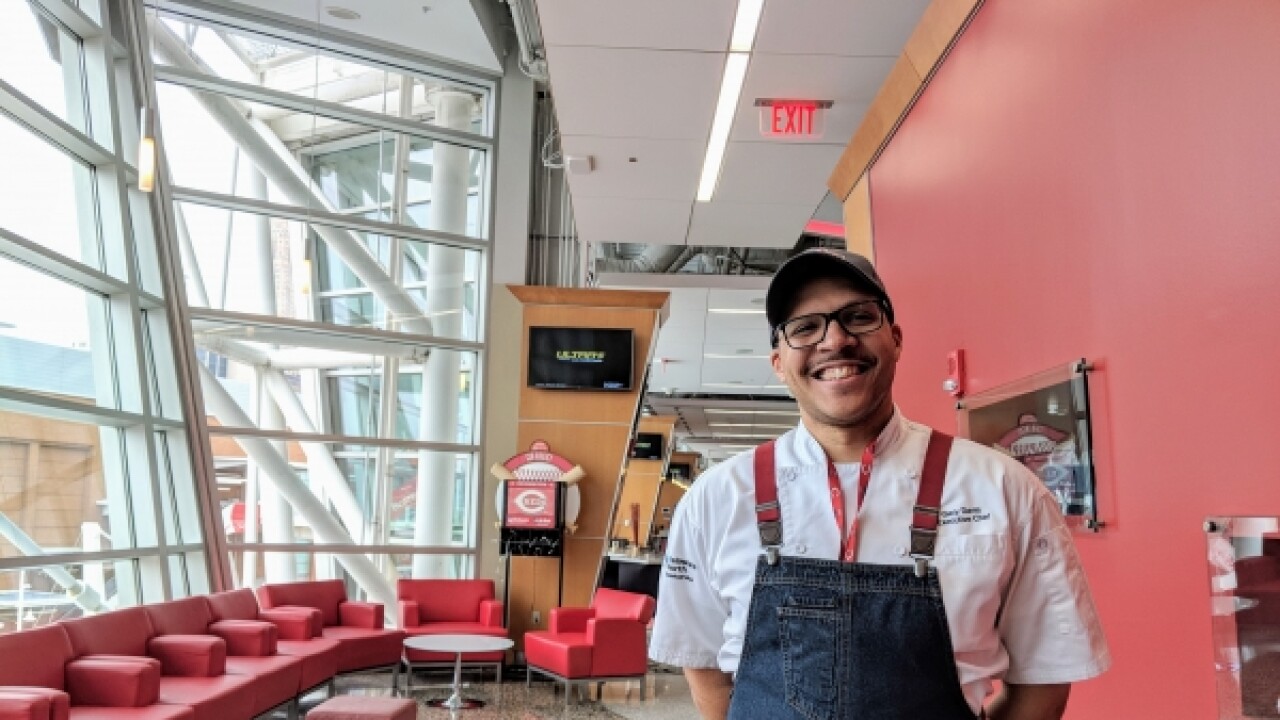 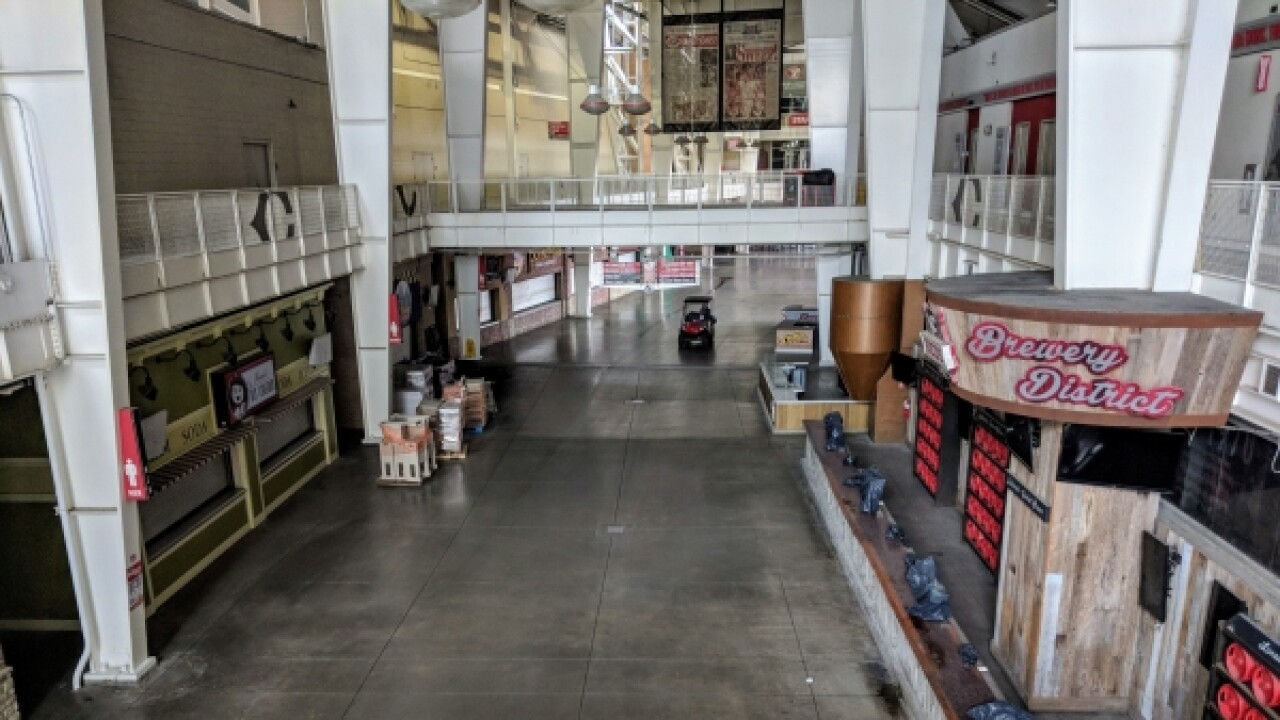 CINCINNATI — Gary Davis doesn’t stand still much. As the executive chef at Great American Ball Park, he is constantly on the move -- it’s no wonder when you’re in charge of feeding a Game Day crowd of potentially more than 40,000 people.

The numbers run big at the ballpark, often fluctuating on a whim.

“Anything can happen here,” Davis said. “And if there’s a rain delay, people hunker down and eat.”

The numbers say it all.

It’s a good thing Davis came prepared to do the job. As the former executive chef at Jack Cincinnati Casino, he’s battle-tested to lead large food operations. That’s not to mention his other accolades: winning the American Culinary Federation (ACF) Northeast Regional Chef of the Year in 2016 and, more recently, earning the ACF certification of Executive Chef -- a rigorous process that includes a judged cooking exam.

A Cincinnati native, Davis has come a long way since his teenage bussing days at the Grand Finale in Glendale. After graduating Purcell Marian High School, he went on to culinary school at Johnson and Wales University in Providence, Rhode Island. After graduation, Davis joined the kitchen crew at the Hilton Netherland Plaza downtown, and in 2012, took a job with Horseshoe Casino (now Jack Cincinnati Casino) as the banquet chef. He rose to become the executive chef in 2015.

Davis joined Delaware North in mid-March last year, which meant he hit the ground running for the 2018 season. Delaware North is the exclusive concessions, dining and retail provider for Great American Ball Park.

“I had to learn everything twice as fast as everybody else in order to be able to manage,” he recounted. “The challenge has been understanding numbers, prepping production and lowering food waste.”

Davis leads a massive operation of five kitchens, supplying food to the concession stands, clubs -- such as the Lexus Diamond Club and Handlebar Club and FOX Sports Club -- luxury suites, and even catering spaces.

The food ranges from ballpark fare like hot dogs and chili at the concession stands to higher-end bites at the various clubs, luxury suites and catering spaces. Club patrons typically enjoy elaborate buffet spreads that include items such as carved meats, pasta, salad, ice cream and even sushi. The Handlebar Club offers cooked-to-order steak at the steak-and-potato station. Food is normally served an hour-and-a-half ahead of game time at the clubs.

For the luxury suites, food is typically brought in for a more private experience.

“It’s like room service at a hotel,” Davis said.

Last season, Davis ran the operation with approximately 52 cooks and 15 stewards -- with supplemental help from exchange students from around the world.

“We had students from Mongolia, Singapore, the Dominican Republic … It blew my mind,” Davis said. “It’s amazing to have someone who only knows food of their culture and teach them about American food in less than 24 hours and get them to produce food.”

As with many seasonal jobs, high school and college students make up a good part of the staff.

“It’s really hard to staff the place in March, April and May until the kids get out of school,” Davis added. “(The exchange students) come early enough to help with the staffing, and some stay late enough to help us finish out the year before they have to go back.”

He anticipates getting upward of 60 exchange students this year, which will help staff the kitchens, concessions and retail.

Davis is constantly eyeing the latest trends in food but is careful not to get ahead of the ballpark palate.

“I try to keep it within the parameters of people understanding it and having an approach to it,” he said.

One of the more adventurous items Davis served last season was pulled-pork sushi with jalapeno coleslaw, which he said was received well. This season, he’s paying attention to the growing interest in plant-based foods, hinting at offering items such as the meat-free Impossible™ Burger and Beyond Sausage®.

Using the respite of the off-season, Davis overhauled the kitchens and saw to things like kitchen equipment repair, paint jobs, and new flooring.

“It’s going to be even better this year,” he said.

With Opening Day just around the corner, Davis is on top of his game and is determined to take the food operation to the next level.

“I look at what we did last year and say, ‘That’s great but how am I going to up it this year?’ That’s my job,” he said with a broad smile. “I’m looking forward to this year.”

Grace Yek writes about food for WCPO Digital. She is a certified chef-de-cuisine with the American Culinary Federation, and a former chemical engineer. Connect with her on https://www.graceyek.com/.