Amtrak will no longer staff train station at Union Terminal 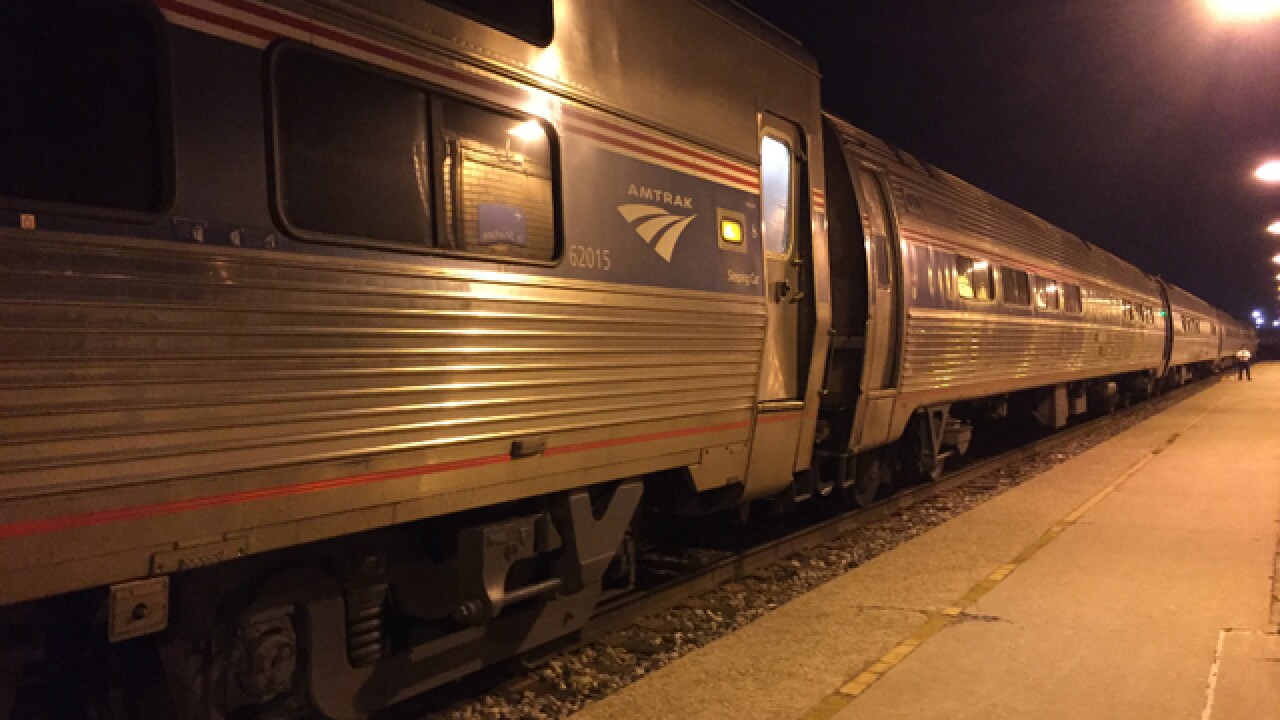 CINCINNATI -- Next month, Amtrak will close its ticket window at Union Terminal, effective June 5, in a round of downsizing that will affect 15 stations across the country.

While Amtrak's Cardinal Line will still stop at Union Terminal, passengers soon will have to purchase tickets ahead of time, Amtrak spokesman Marc Magliari told WCPO.

"People have voted with their keyboards and pocketbooks," Magliari said. "Fewer than one in 10 tickets are purchased at that ticket window," as opposed to online.

"This is in no way a reflection on them," Magliari said, adding that those employees' union status means they likely would be shuffled to a different role within the company. The nearest Amtrak station with a ticket window is in Indianapolis.

Instead of the two full-time ticket agents, Amtrak will hire a contractor -- what Magliari called a "caretaker" -- who will attend the station part time during overnight hours to assist passengers. That person will have identification and will receive training but will not be an Amtrak employee officially.

"This is more than just opening and closing the station, so we have training procedures for that," Magliari said.

READ MORE: Here's what it's like to take the train to Chicago

Some local rail advocates, though, say Amtrak shouldn't have measured Cincinnati by this criteria, given the already limited service and the in-progress renovation of Union Terminal.

"Cincinnati is an outlier," said Derek Bauman, the southwest Ohio vice chair for the passenger rail advocacy group All Aboard Ohio. "If you look at the other places where this has happened, basically smaller burgs.

"I think that if it had not been for Union Terminal being under construction for the past year, that we would probably not have been in a position to lose our two people."

The renovations have meant the boarding area had to relocate to an annexed building just north of the terminal on Kenner Street.

"If anything, especially during this time of Union Terminal being rehabbed and the location and security and difficulty for (Americans with Disabilities Act) compliance, we need the assistance of the full-time Amtrak employees," Bauman said.

Cincinnati played host in 2016 to a conference dedicated to exploring the feasibility of increasing Cardinal service to a daily route, instead of just three days a week. Last year, the city of Oxford and Miami University both committed to funding a new stop along the Cardinal Line in Oxford.

Bauman said he has seen renewed interest in passenger rail service and expects ridership and demand to grow once Union Terminal reopens.

"We're going to have a magnificent facility when Union Terminal reopens fully, so I would certainly expect to see ridership on the Cardinal from Cincinnati rebound," he told WCPO. "For those reasons, now and in the future, we're asking that Amtrak and our congressional delegation to reconsider."

The staffing cuts came not long after Congress in March approved a measure pumping nearly $2 billion in federal subsidies into Amtrak's budget -- despite President Donald Trump's proposal to slash that budget in half.