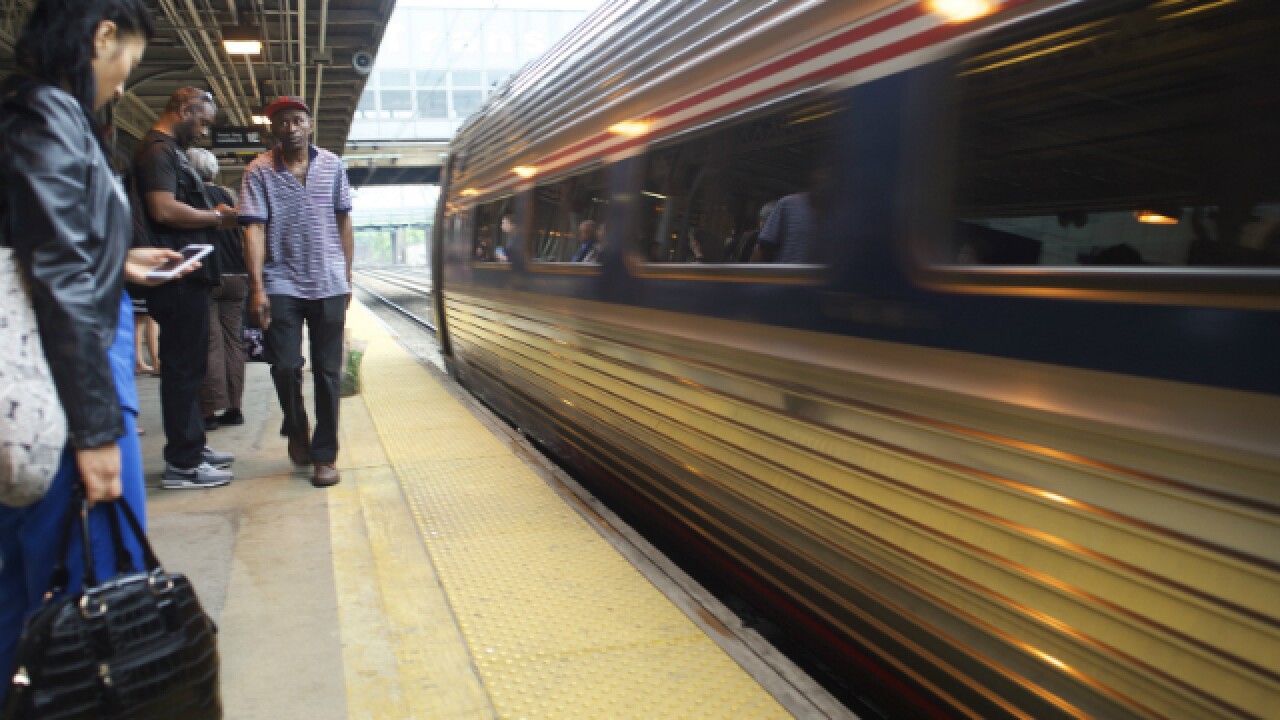 OXFORD, Ohio -- Passenger rail service in southwest Ohio is shaping up to be a surprising story, especially now that both Miami University and its hometown of Oxford earlier this month threw their weight behind a proposed Amtrak stop in the rural college town.

A stop in Oxford would be surprising because, historically, Amtrak lines in decline tend not to bounce back, but the combined $700,000 committed by the city and the university seems to say differently. The new stop's impact on Cincinnati could be significant, rail officials and advocates say.

"Usually we see, once (a rail line is gone), it doesn't come back," said Morrell Savoy, deputy manager of Amtrak's Long-Distance Business Line division. Savoy made the remark at a conference, held last fall at the Cincinnati USA Chamber of Commerce's downtown offices, that brought together transit leaders and elected and government officials from throughout the Midwest.

The conference, convened by Amtrak and hosted by the chamber, sought to explore solutions for bumping that three-days-a-week schedule up to daily service.

It seems, though, that a relatively small investment like Oxford and the university's -- rail projects have a reputation for being quite pricey -- could go a long way toward that end.

For local rail advocate, Derek Bauman, "This is a big deal."

"This will be (Ohio's) first new Amtrak station in almost 30 years," he said. The last constructed was in the city of Alliance, in 1990.

It's true that Amtrak's Cardinal Line is no stranger to the threat of service reductions -- or even closing. Just four years after Amtrak opened the line connecting the northeast corridor to the Midwest in 1977, it shut down service. It would be a year before then-West Virginia Sen. Robert Byrd was able to convince Amtrak officials to re-open the line.

In recent years, ridership on the Cardinal Line has been stagnant, hovering between 102,000 and 114,000 per year since 2010, according to the National Association of Passenger Rail, and trips out of Union Terminal have actually been in decline since 2013.

It's for these reasons, among others, that Amtrak Senior Specialist Charlie Monte Verde, who organized last fall's conference, called the Cardinal Line an "underdog."

The Oxford stop might be turning the Cardinal into a Cinderella story, Bauman said.

An Over-the-Rhine resident who also recently announced his bid for Cincinnati City Council, Bauman is the regional director for rail advocacy nonprofit All Aboard Ohio. He's been advocating for increased Amtrak service in the Queen City for years, and daily rail service on the Cardinal Line topped All Aboard Ohio's list of recommendations for how to use new funding that might become available due to the Fixing America's Surface Transportation Act of 2015. The bill for the first time set aside money specifically for passenger rail infrastructure.

"We've been working separately on daily Cardinal service," he said. "These two efforts have been going on in parallel.

"There's a large, pent-up demand for it," he said.

Bauman characterizes Ohio as being in a "drought" when it comes to daily passenger rail service, and the map backs up his claim.

Amtrak spokesman Marc Magliari said the company had been eyeing Oxford as a potential stop for a while.

"It's certainly going to be ridership positive. That's why we're doing it," Magliari said. "It makes good sense."

It might seem like jumping the gun to read so much impact into a small rural, Midwestern Amtrak stop, but some say that it's actually the small stops peppered in between the major metropolitan nodes that keep the line alive.

That's because, Savoy said during the conference, the long-distance lines aren't necessarily meant to connect destination cities, but the country's rural and urban areas.

"We're not trying to corner the market on New York to Chicago (trips)," he said. "The key is providing connectivity between those two communities."

Bauman agreed, saying, "Most of the trips aren't going end-point to end-point. People can use it to go from Oxford to Cincinnati and back."

In some cases, it results in a two-way support system: The rural stop boosts the line's ridership, and the line's presence boosts the community right back.

"For a lot of these places, (Amtrak) is their only lifeline," Bauman said.

Bauman pointed to the small town of Mount Hope, West Virginia, as an example of this effect in practice.

Mount Hope is also home to Summit Bechtel Reserve, one of the locations where the Boy Scouts of America hold their annual jamboree, with thousands of scouts descending upon the reserve each summer.

After having representatives at the Cardinal conference last fall, Chief Scout Executive Michael Surbaugh wrote a letter to Amtrak CEO Charles "Wick" Moorman, expressing his intention to begin promoting Amtrak as a mode of transit for scouts traveling to Mount Hope. He also requested that, for the month of July -- when the jamboree will take place -- Amtrak experiment with daily service on the Cardinal Line to accommodate the influx of passengers the line will see during the jamboree

For Bauman, it would serve as a test case.

"Our hope is for a positive response, so we can do this and get our foot in the door, and see how it goes," Bauman said.

While proponents repeatedly argue that the Oxford stop's impact will not just be on the Miami University community, but also Oxford and the whole Butler County region, Magliari said it's no coincidence Amtrak was eyeing a college town.

"With the increasing costs associated with higher education, the last thing (students) want to do is have a car," Magliari said. "Fewer and fewer students are taking cars to college."

Indeed, looking at the Cardinal Line's route, there is no shortage of stops near colleges and universities throughout all nine states it serves.

It's a phenomenon Bauman refers to as a "knowledge corridor."

"Most of (Miami's) 18,000 or so students are limited in their options," he said. "This will just make it easier on families because they'll be able to use the Cardinal rather than have to drive back and forth."