Can anti-Trump Republicans warm to the Donald? 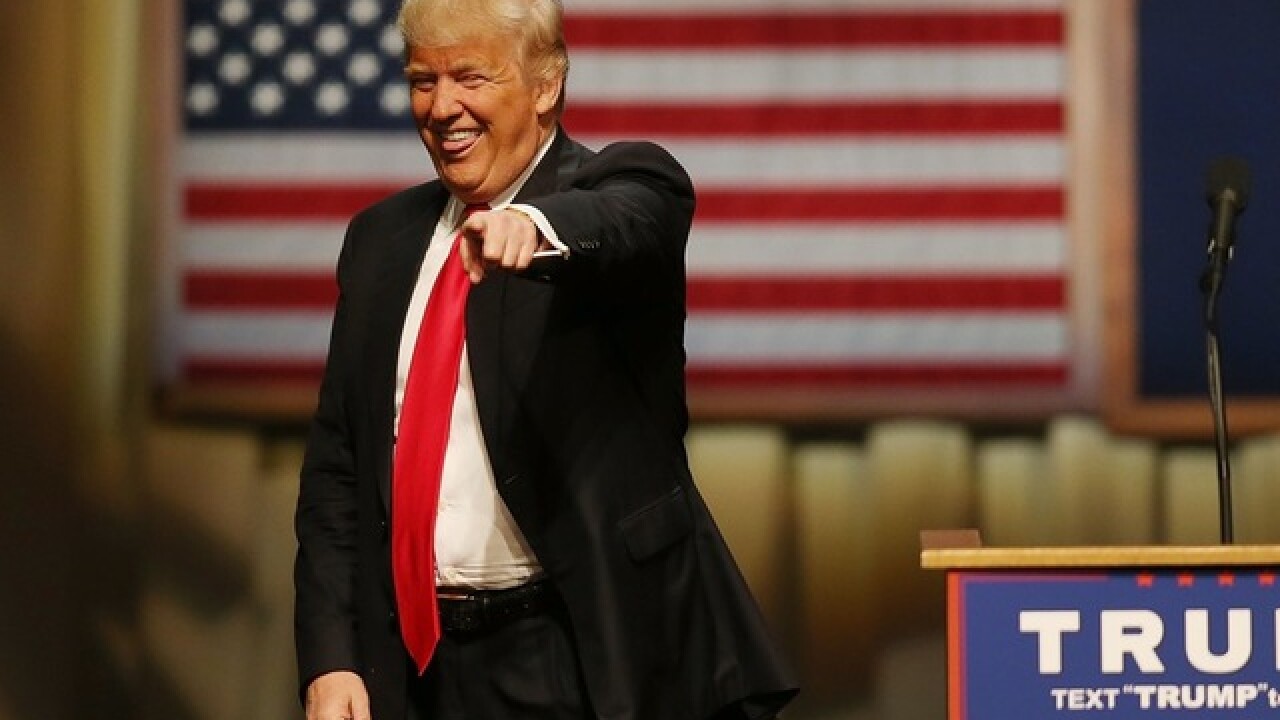 Joe Raedle/Getty Images
<p>CARMEL, IN - MAY 02: Republican presidential candidate Donald Trump speaks during a campaign stop at the Palladium at the Center for the Performing Arts on May 2, 2016 in Carmel, Indiana. Trump continues to campaign leading up to the Indiana primary on May 3.</p>

Republicans who once vowed never to vote for Donald Trump are now resigning to the idea the real estate mogul and reality television star will be the GOP nominee.

Just six months ago, Tom John shook off the idea – even laughed at it – when asked if he would cast a ballot for Trump at the Republican National Convention in July. John is a Republican delegate living in Indianapolis who supported John Kasich in Tuesday's Indiana primary race.

But after Trump clinched another overwhelming victory in the Hoosier State, John says its time for the party to rally around him.

“We appear to be in an alternate universe,” John joked. “I think the window has closed, and the Republican Party needs to coalesce around its candidate … Some (Republicans) are on different levels. I think I’ve reached the level of acceptance. Some people may take longer than others.”

John is still troubled by Trump’s comments, including his talk of building a wall, for example. He hopes if the party supports Trump, he will tone down his rhetoric in the coming months, ahead of the general election.

“I’m inclined to try and embrace the Trump campaign and sort of help him learn the err of the ways in the past,” John said. “The rhetoric, as it stands right now, still gravely concerns me, and I’d say that to (Trump) if I saw him tonight.”

Brad Johnson, the president of the University of Cincinnati’s College Republicans, also believes Trump will be the nominee. Still, he’s having a hard time stomaching the idea of voting for him. Johnson, who will be voting in his first general election this fall, will instead consider voting for a third party candidate.

“I can tell you I will not vote for Hillary Clinton, that’s definite,” Johnson said. “And I will probably not vote for Donald Trump. I’m hoping for a third party candidate, personally. Honestly, I don’t know what I’ll do right now come November.”

And Democrats are moving on from the primary races and now operating under the assumption they’ll be facing off against Trump in November. Hillary Clinton, for example, skipped out on campaigning in Indiana Tuesday and instead held a campaign event in southeast Ohio.

“The primary election is done,” said Jared Kamrass, a political strategist at Cincinnati-based Rivertown Strategies. “In each of these campaign’s mind, the general election has already begun.”

Even some Ohio delegates, who were handpicked by Gov. John Kasich’s campaign team to represent him at the convention, are pronouncing the primary race over after Trump’s big win. That includes former Hamilton County Commissioner Greg Hartmann, an Ohio delegate:

Indiana called for @realDonaldTrump as polls close. This race is over. #GOP2016

Hamilton County GOP Chairman Alex Triantafilou later followed up with a tweet that said “the voters are picking our nominee.”

God bless @tedcruz. He's an American patriot. A great concession speech tonight. I'll always be a fan. The voters are picking our nominee.

Kasich’s campaign team promised to stay in the race until Donald Trump earns 1,237 bound delegates. After his Indiana, he’s projected to have 1,041 delegates.

With Sen. Ted Cruz suspending his campaign, political experts say it will only get harder to stop Trump from winning more. Primaries remain in seven states, and roughly 389 delegates are up for grabs. Trump needs to win a little more than half of those delegates to clutch the party’s nomination.

Trump’s big win in recent primaries will only help him attract more voters in the states that are left, said Paul Beck, an Ohio State University political science professor.

“The gap is so great and it is getting greater over time,” Beck said of Trump’s primary wins. “Part of the problem is Trump looks like the winner and a lot of people don’t want to waste their votes.”

Some ardent supporters still see an opening for Kasich to stop Trump at the convention. Chip Gerhardt, the president of Cincinnati-based Government Strategies Group, believe some voters will see Kasich as the alternative to Trump.

“The contrast is fairly apparent at this point between Donald Trump and John Kasich,” Gerhardt said. “(Kasich) just needs to continue to make his case. The odds are against him, but I think we deserve a serious alternative.”