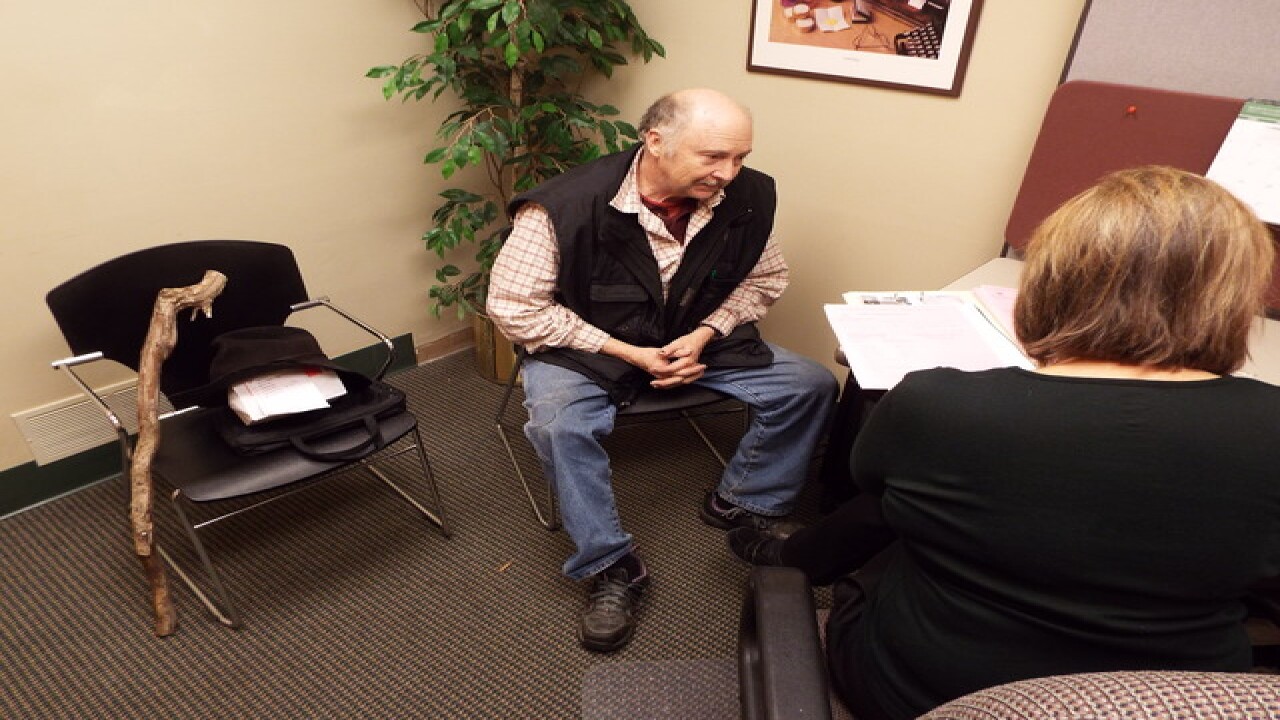 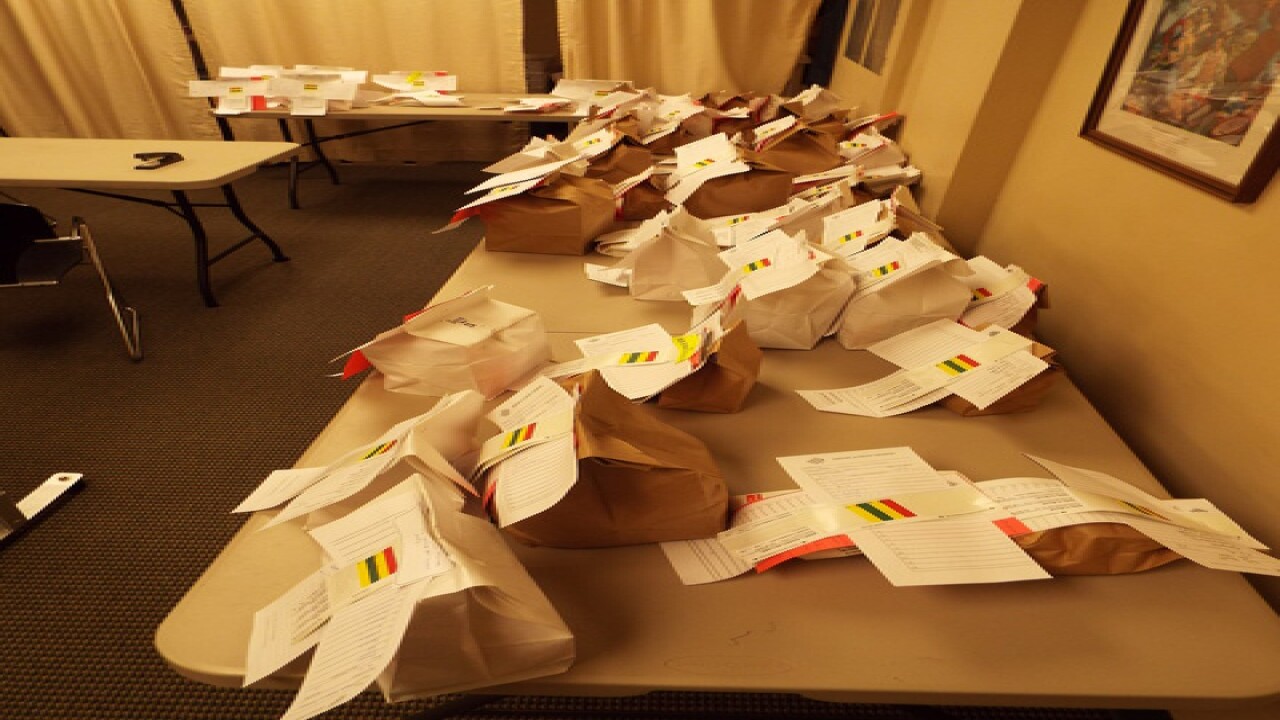 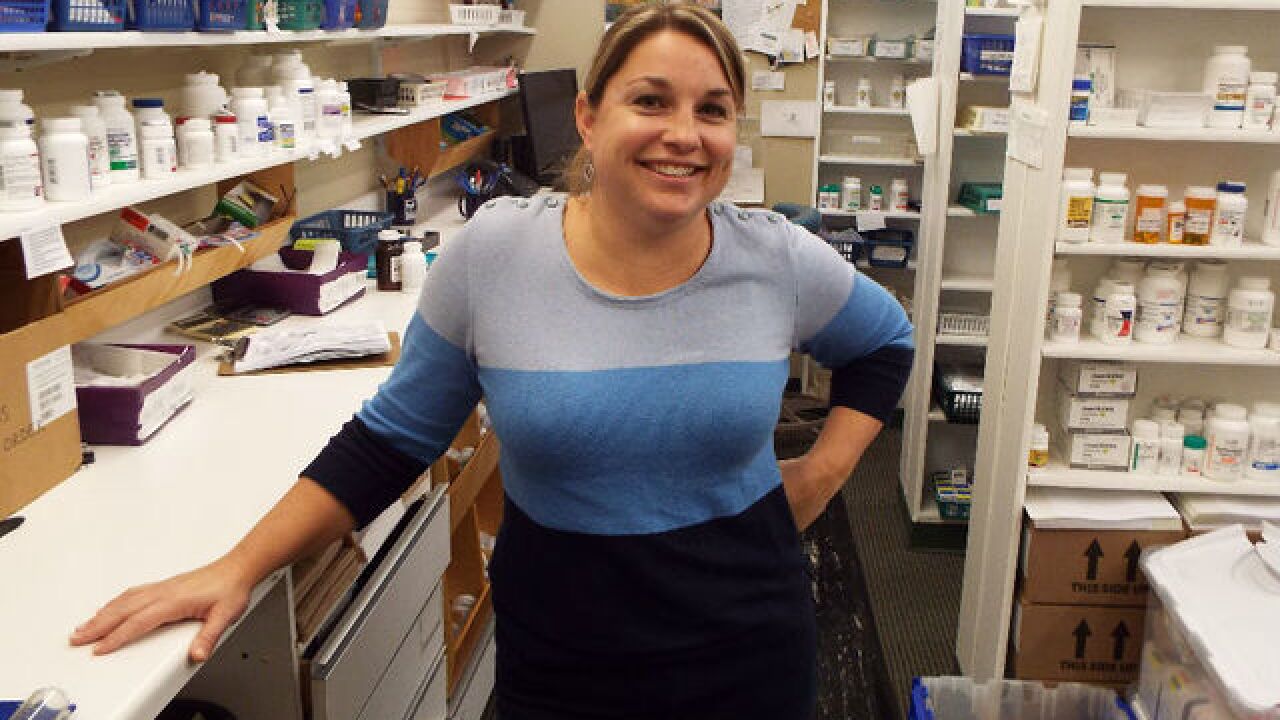 FLORENCE -- Last month, the Faith Community Pharmacy in Florence received a $150,000 grant from the Northern Kentucky Community Foundation, the largest single grant the pharmacy had ever received.

It was a huge shot in the arm for the nonprofit, which dispenses free prescription drugs to Northern Kentucky residents who make less than 200 percent of federal poverty guidelines, said Executive Director Tara Leen.

The unrestricted grant could be used to modernize the pharmacy’s prescription-writing system, Leen said, which now relies on sending faxes to doctors, or it could help expand the pharmacy’s outreach, a goal for the next five years.

It could also help the pharmacy handle the influx of clients it would probably get if one aspect of the Affordable Care Act, its expansion of Medicaid coverage, were altered, as is being talked about in Frankfort.

The pharmacy has been a lifesaver for clients like Gil Mursinna, who lives on a small farm in Williamstown, in Grant County. He visited earlier this month to recertify his eligibility for free medicine, something the pharmacy requires clients to do every six months.

Mursinna is 64, which is exactly the average age for pharmacy clients, Leen said. Retired from a hardwood flooring company, he lives on Social Security disability payments of $1,681 a month. He gets insurance through Medicare because of his disability, but it doesn’t pay the cost of his prescription drugs.

He picked up eight prescriptions for his wife and seven for himself. His prescriptions were for his heart, cholesterol, restless legs and an ulcer.

“The people here are great,” Mursinna said. “They work with you, they help you talk... I think of them sometimes as a personal psychiatrist.”

The name was changed in 2009 because too many people thought the pharmacy helped only Roman Catholics, Leen said.

In 2011, the pharmacy moved to its present home in the basement of the Mortenson Family Dental building, across from Boone County High School.

Before the Affordable Care Act took effect, the pharmacy saw about 800 clients a year and had seven remote sites, some as far away as Owenton. But it lost about 30 percent of its clients after then-Gov. Steve Beshear opted Kentucky into the ACA’s provision for states to expand Medicaid coverage, Leen said.

Now, the pharmacy has just four remote sites, in Falmouth, Carrollton, Newport and Covington. The staff will see about 700 clients this year, with about 500 picking up prescriptions monthly.

Leen is keeping an eye on what Gov. Matt Bevin, who has proposed changing Medicaid in Kentucky, will do. If his changes reduce Medicaid eligibility, she said, the pharmacy would expect to have more clients, but it’s not clear how many.

Medicaid expansion had a similar effect on the St. Vincent de Paul Community Pharmacy of Cincinnati. The number of clients seen fell by about 25 percent in 2014, Pharmacy Director Mike Espel said.

The Cincinnati pharmacy has less stringent restrictions on whom it will help – anyone whose monthly expenses equal or exceed his or her income. It also takes walk-in clients, whereas the Northern Kentucky pharmacy only takes clients referred by local doctors, 154 of whom have made referrals this year, Leen said.

Most of the drugs dispensed go to treat heart disease, diabetes, mental illness or respiratory disease, she said. The pharmacy doesn’t dispense any controlled substances, and, reflecting its Catholic heritage, no birth control or morning-after pills.

The pharmacy’s greatest need is for a regular stream of revenue, Leen said, not like the grants it gets that must be renewed every year. It receives no federal or United Way money, she said, just grants and private donations.

According to the pharmacy’s website, every $1 donated equals $6 of medication it can provide to clients.

“The pharmacy was founded on Catholic values that teach us to respect every human and take care of the poor,” Leen said. “Our staff and our donors believe in these values and have faith that as long as there continues to be this need in our community, God will allow us to be here to serve.”