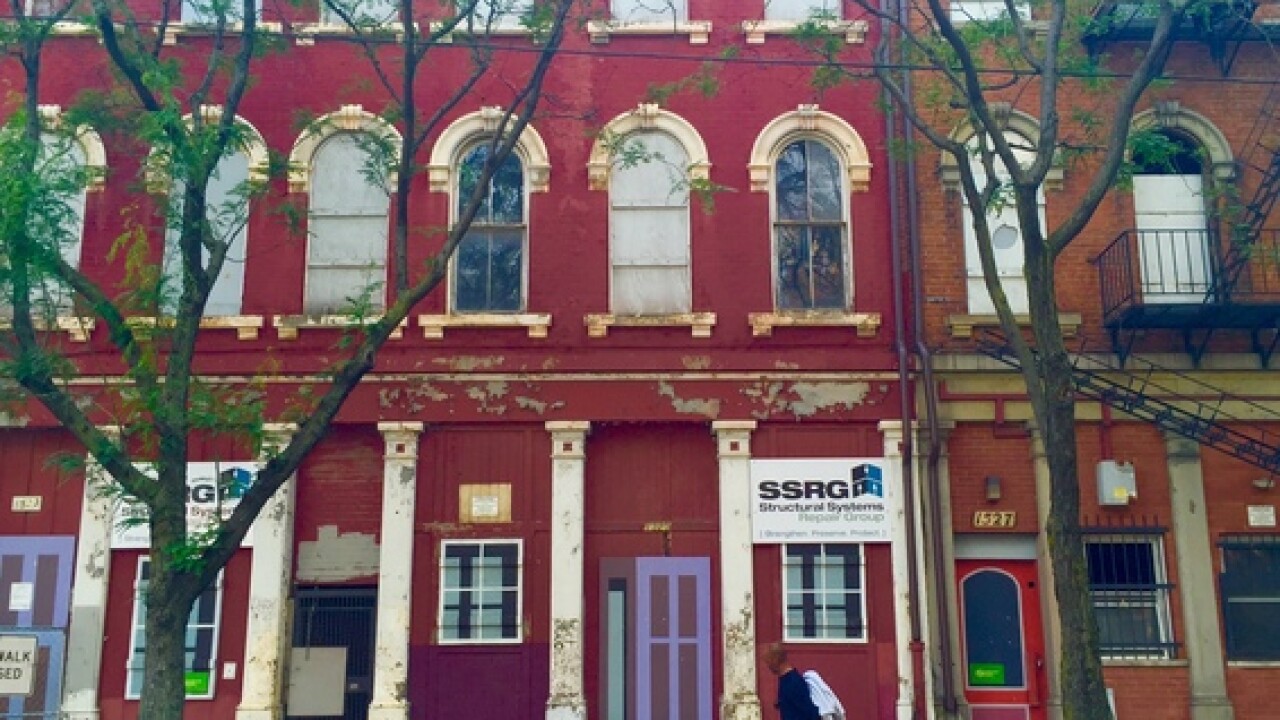 Lisa Bernard-Kuhn | WCPO
<p>These buildings in the 1500 block of Race Street in Over-the-Rhine were among nearly 30 properties targeted for redevelopment in May.</p>

OVER-THE-RHINE – A more than $135 million effort is under way to upgrade hundreds of low-income homes and add more than 200 new apartments in this rapidly redeveloping neighborhood.

On Thursday morning, nonprofit and city leaders are expected to unveil details for the plans, which stand to get a $2 million investment from the city under Mayor John Cranley’s proposed two-year budget. The plan, backed by Cincinnati Vice Mayor David Mann, also calls for investing $2 million into to-be created Cincinnati Neighborhood Affordable Housing Fund aimed at boosting affordable housing development across the city, said Mann.

“There is great need everywhere, and the goal would be that this could be the catalyst for some kind of revolving loan fund so that it’s not just a one time expenditure,” Mann said.

WCPO was given an exclusive early look at the plan and Over-the-Rhine projects, which are being led by Walnut Hills-based The Model Group and nonprofit developers Cincinnati Center City Development Authority, or 3CDC, and Over-the-Rhine Community Housing.

All told, that effort consists of 10 separate projects spanning 27 buildings across the Over-the-Rhine. Collectively, the plans would rehab 303 low-income apartments while adding 212 market-rate apartments and more than 128,000 square feet of commercial space.

In many cases, according documents shared with WCPO, the buildings are in such disrepair they failed recent inspections by the U.S. Department of Housing and Urban Development and are at risk of losing the federal subsidy that makes them affordable.

“The fundamental point is that if when we’ve completed this renaissance in Over-the-Rhine there is not a mix of housing, in terms of income levels, then we have failed,” Mann said. “Once this (subsidy) is lost, it’s gone for good and that’s a big problem.”

A Look at What’s Proposed

During a 10:30 a.m. press conference planned Thursday at 1525 Race Street,  Mann and Cranley are expected to join local developers to unveil more details about the proposed projects and new housing fund.

Highlights from the proposals include:

A $19.85 million effort plan by 3CDC and McCormack Baron Salazar to renovate nearly 100 units of housing on the 1500 block of Race street into 45 units of affordable housing 45 units of market rate housing

A $16 million plan by Model Group for 50 new units of affordable housing and nearly 6,000 square feet of commercial space at the corner of Race and Pleasant streets

A $9.3 million plan by 3CDC to remake the former Drop Inn Center homeless shelter site at the corner of Elm and Twelfth streets into 34 apartments of which 22 would be considered affordable.

Many of the plans in Over-the-Rhine are still waiting for word on whether they will be awarded key sources of funding including state and federal tax credits, said Adam Gelter, 3CDC’s vice president of development.

“It’s at least a three to five-year timeline to do all of this, and that’s an aggressive timeline,” Gelter said. “You can build a 300-unit new building at The Banks in a year, but when you get into scattered sites that have lots of restrictions you can only move so fast.”

Where the Money is Coming From

Cranley’s budget plan calls for up to $35 million to be invested into a series of neighborhood projects that he's been unveiling this week. On Monday, he outlined plans for $10 million in projects and investment in College Hill, Westwood and West Price Hill. Another $5.2 million would go toward remaking the Avondale Towne Center and luring redevelopment work to Roselawn and Bond Hill under efforts announced Tuesday. On Wednesday, a proposal to spend more than $11 million on the proposed Wasson Way bike trail and $4 million in Madisonville were detailed.

Money for the projects, Cranley told WCPO, is coming from two main sources: Money recovered from the sale of land part of the Blue Ash Airport and newly awarded tax credits.

$25 million: Nearly a decade ago, the city Cincinnati sold 130 acres of land at Blue Ash Airport to the city of Blue Ash for roughly $37 million. At the time, city leaders said those dollars were to be used for neighborhood projects. However, the money was used instead to invest in the streetcar.

“That wasn’t smart,” Cranley said. “ I wasn’t for the streetcar, but the reason that wasn’t smart was because it tied up money that has flexibility other sources don’t have.”

For example, municipalities can’t use tax dollars to invest in private projects, but proceeds from land sales can be used.

Last year, when the city refinanced the streetcar debt at a lower interest rate — it not only saved the city money but it also freed up $25 million — money that Cranley said should be used for its original purpose: “Investing in our neighborhood.”

$10 million: Norfolk Southern is splitting tax credits they were awarded from the federal government for railway maintenance - yielding $10 million for the city. The two groups applied for the tax credits jointly. The rail company leases the city-owned line that runs to Chattanooga, Tennessee, and it owns the unused rail line poised to become the Wasson Way bike trail. “It’s totally unexpected, and fortuitous” said Cranley of the tax credit award which has landed just as the city looks to buy the unused rail line from Norfolk.

What to Expect Next

By Friday, Cranley says he expects present his full budget proposal to city council. For now, he said, he believes he has the backing from council to move the plan forward.

“I won’t speak for any council members, but I feel confident majority of them support these projects,” he said.
Last week, Cincinnati City Manager Harry Black delivered his $1.1 billion budget plan to council.