State of the State 2017: Kasich allocates $20 million for opioid crisis 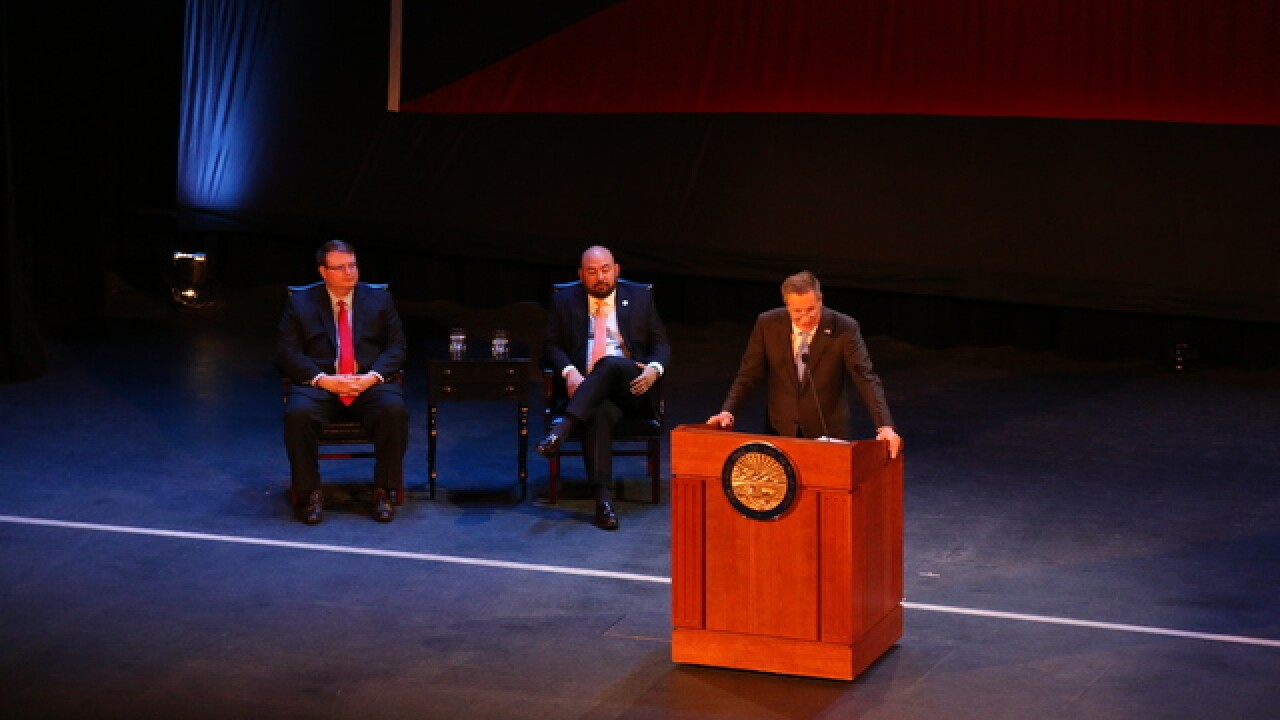 Copyright 2017 Scripps Media, Inc. All rights reserved. This material may not be published, broadcast, rewritten, or redistributed.
CONNOR PERRETT
<p>Gov. John Kasich addresses the audience at the 2017 State of the State speech in Sandusky, Ohio. </p>

The Ohio Third Frontier is an arm of the Ohio Department of Development Services Agency and exists to help stimulate the economy through technology-based startup companies, according to its official webpage.

Kasich said the cash infusion would allow for innovative ideas about the opioid crisis to take effect.

"This money will award existing ideas that simply need an extra push," Kasich said. "There are things that can work with the brain, you can start to push back. ... I think this $20 million is worth it and I hope you do too."

Although the governor continued to stress his belief that Ohio's drug addiction problem must be solved up through local community intervention rather than government police and programs, Kasich's request came just days after he announced new regulations on the prescribing of opioids.

The new regulations would place limits on how prescribers, such as doctors or dentists, prescribe acute opiates. The limits would prevent prescribers from giving adults a supply lasting longer than seven days and minors a supply exceeding five days.

Kasich held strong in education reforms he initially proposed in February when he proposed his final state budget as governor. He reaffirmed his plan to require teachers to complete "externships" with a business or a chamber of commerce in order to renew their teaching license.

There's already been negative reaction to these plans. In March, Cincinnati Rep. Brigid Kelly and Rep Kent Smith of Euclid proposed a bill that would require Kasich to spend 40 hours visiting both low-performing and high-performing schools.

Kasich again mentioned his desire to have three non-voting business members on every Ohio school board so that schools are able to best understand what the business community is looking for.

Another theme of the governor's second-to-last State of the State speech? Automation.

The governor said the state was already working on road improvement projects such as adding fiber to highways to make them more compatible with autonomous vehicles, but he also noted the less positive aspects of automation.

"You know the number one occupation in America is a driver," Kasich said. "Who do you think is going to be impacted by the reality of self-driving trucks? The entire automobile industry will face a transformation from the internal combustion chamber to the electric motor."

Kasich spoke before Ohio state legislators, members of the media and other attendants from across the state at the Sandusky State Theater. This is Kasich's second-to-last State of the State speech. He began holding the addresses in various locations around the state in 2012 in an effort he says will bring government to the people.