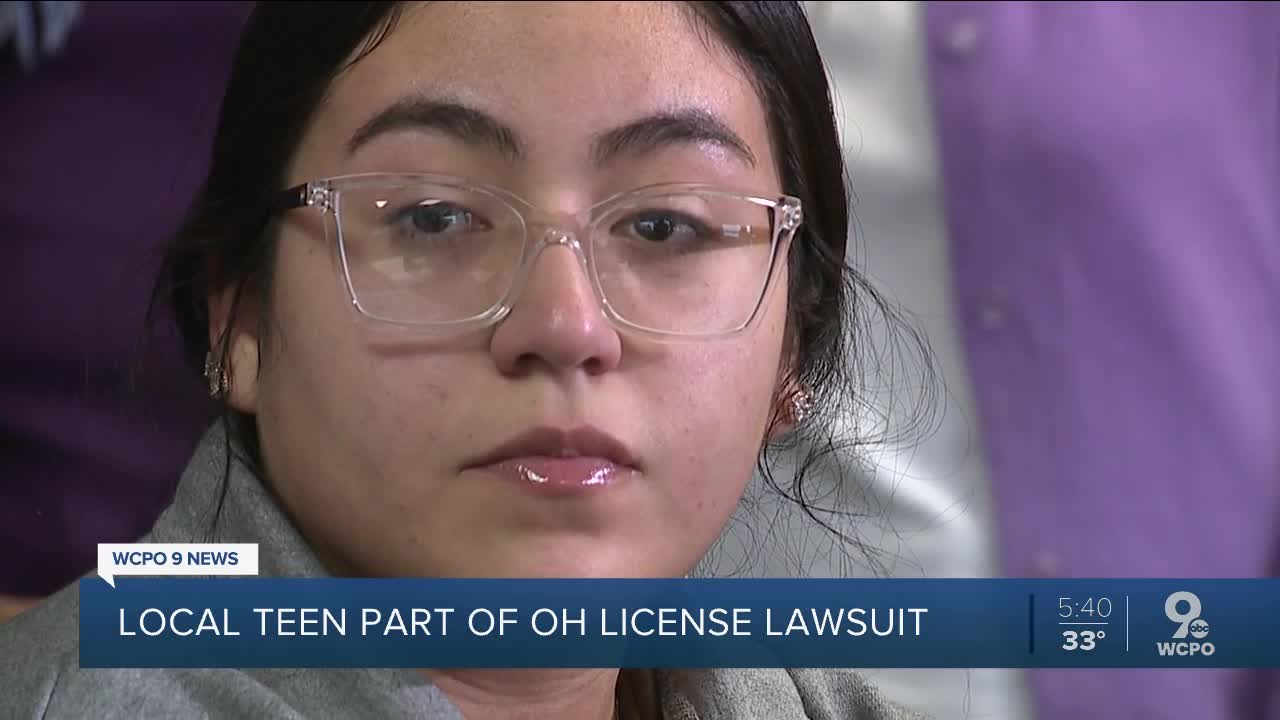 Cincinnati teen Karina Cabrera was part of a lawsuit that will change the way the Ohio Bureau of Motor Vehicles issues driver’s licenses for children of immigrants.

CINCINNATI — Cincinnati teen Karina Cabrera was part of a lawsuit that will change the way the Ohio Bureau of Motor Vehicles issues driver’s licenses for children of immigrants.

Starting Thursday, children of immigrants will be able to get drivers licenses, even if their parents are undocumented, according to Attorneys with Advocates for Basic Legal Equality (ABLE) and the Intercommunity Justice and Peace Center (IJPC)

The two organizations and six individual plaintiffs filed a class action complaint against the BMV in October 2018 in U.S. District Court over a “discriminatory" policy requiring parents to show a U.S. photo ID before their teens can get a driver's license.

But a federal court judge ruled that denying an eligible U.S. citizen a license is against the law.

Lawyers estimate the change will affect more than 3,000 children of immigrants like Cabrera, and some of these young people will be the only members of their families with licenses.

With a license, Carbrera says, she could help with family doctor appointments, errands and emergencies, something that IJPC Executive Director Allison Reynolds-Berry calls an important freedom.

“We take for granted how much power a driver’s license grants you, to be able to move freely and go about your life,” Reynolds-Berry said in a news release Wednesday.