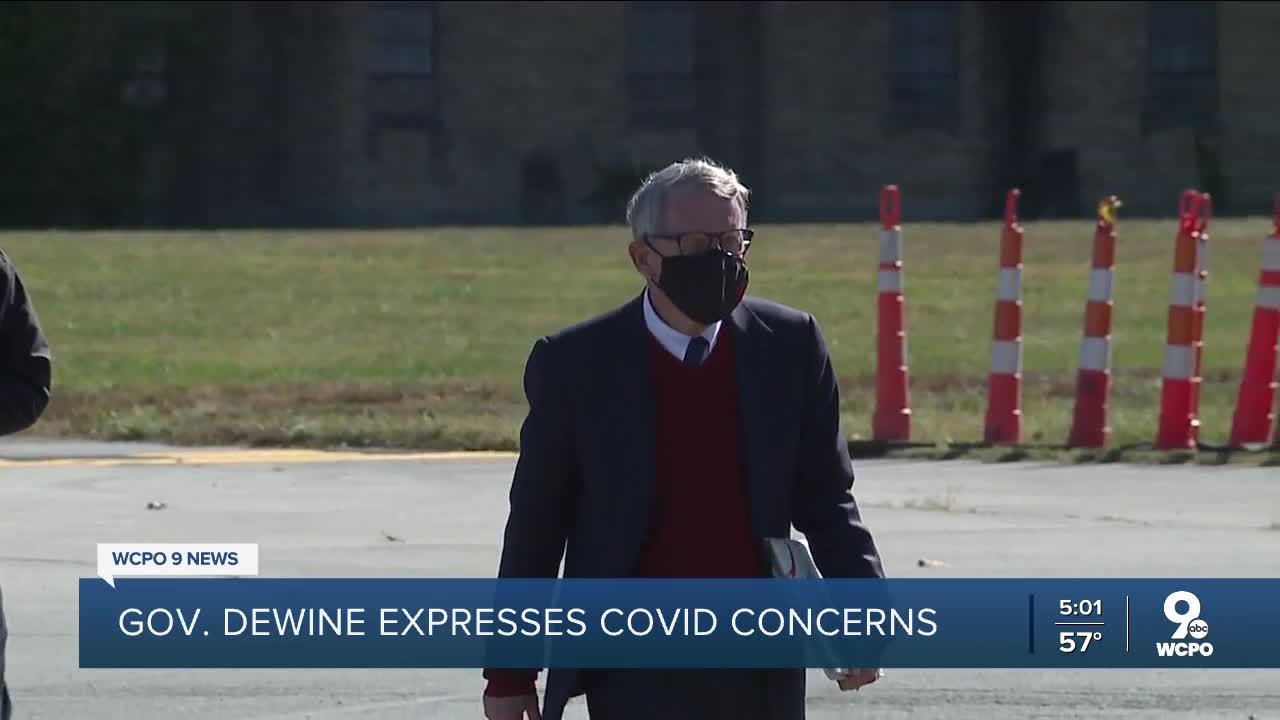 The COVID-19 pandemic is “spiraling out of control” in southwest Ohio, Gov. Mike DeWine said in a Friday afternoon visit to Lunken Airport. 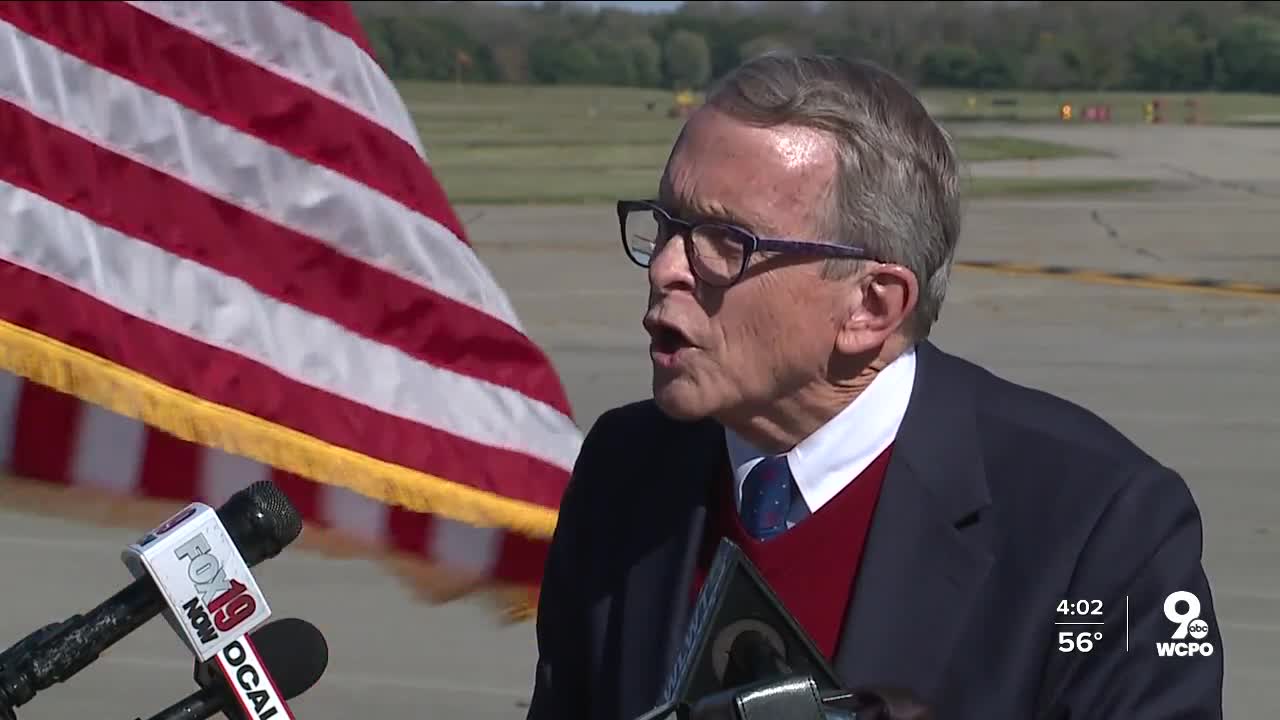 The COVID-19 pandemic is “spiraling out of control” in southwest Ohio, Gov. Mike DeWine said in a Friday afternoon visit to Lunken Airport. Local health departments have reported 3,334 new cases of the virus in the last two weeks; the lower left corner of the Ohio Department of Health’s county-by-county risk map is almost entirely red.

“We must get control of this now,” DeWine said, gesturing with a black mask in his left hand. “We’re running out of time.”

So is the entire state of Ohio, per the governor’s twice-weekly news conferences and the data released each day by ODH. The state broke its single-day case record twice in as many days earlier this week. Friday, not a record-breaker, still brought in 2,148 new diagnoses.

It’s a stark reversal from the trends of early autumn, DeWine said. Daily case counts then were half their current size or less; the average patient was younger and less vulnerable to serious complications from the virus; fewer counties were colored in red, indicating “very high exposure and spread,” on ODH’s map.

And the approaching fall and winter will create more opportunities for the crisis to intensify as Ohioans retreat to warm, indoor spaces where transmission is more likely.

“The cavalry is on the way,” said DeWine, who has predicted vaccination will be widespread by summer 2021. “Help is coming. The vaccine is going to be here. We're going to have to go through a winter, but it's so very important for us not to really get knocked back down by this virus."

RELATED: 'Every alarm going off' in Ohio's COVID-19 data, but DeWine resists talk of new shutdown

The governor praised Ohioans, particularly those in urban areas such as Cincinnati, for embracing mandatory masking orders in the summer and enduring shutdowns in the spring.

He also repeated the message he’s sent for weeks during his news conferences in Columbus: The best tools for fighting the virus are simple, common-sense measures such as handwashing, masking and social distancing.

If Ohioans remain vigilant, they have a chance to reverse the trends that emerged in the first weeks of October. If they don’t, the current flood of new diagnoses could strengthen the pandemic over winter.

“This is spiraling out of control as far as the cases,” he said. “We've not seen our emergency rooms overcrowded, our ICUs overcrowded, but at the rate this is going, we could see that.”

The governor, a Republican whose early spring shutdown prompted daily protests from Ohioan conservatives who accused him of overreach, again declined to directly discuss the question of another possible shutdown.

Instead, he attempted to reframe the conversation, as he has occasionally done in recent weeks — arguing that mask-wearing is necessary for the continued enjoyment of daily life, not an obstacle to it, and a lack of mask-wearing endangers the continued operation of schools, churches and businesses more than anything else.

“We don’t want to scare people, but we have to be realistic,” DeWine said. “At no time in the seven and a half months that we’ve had to live with the virus have we been in this predicament.”