'Every alarm going off' in Ohio's COVID-19 data, but DeWine resists talk of new shutdown 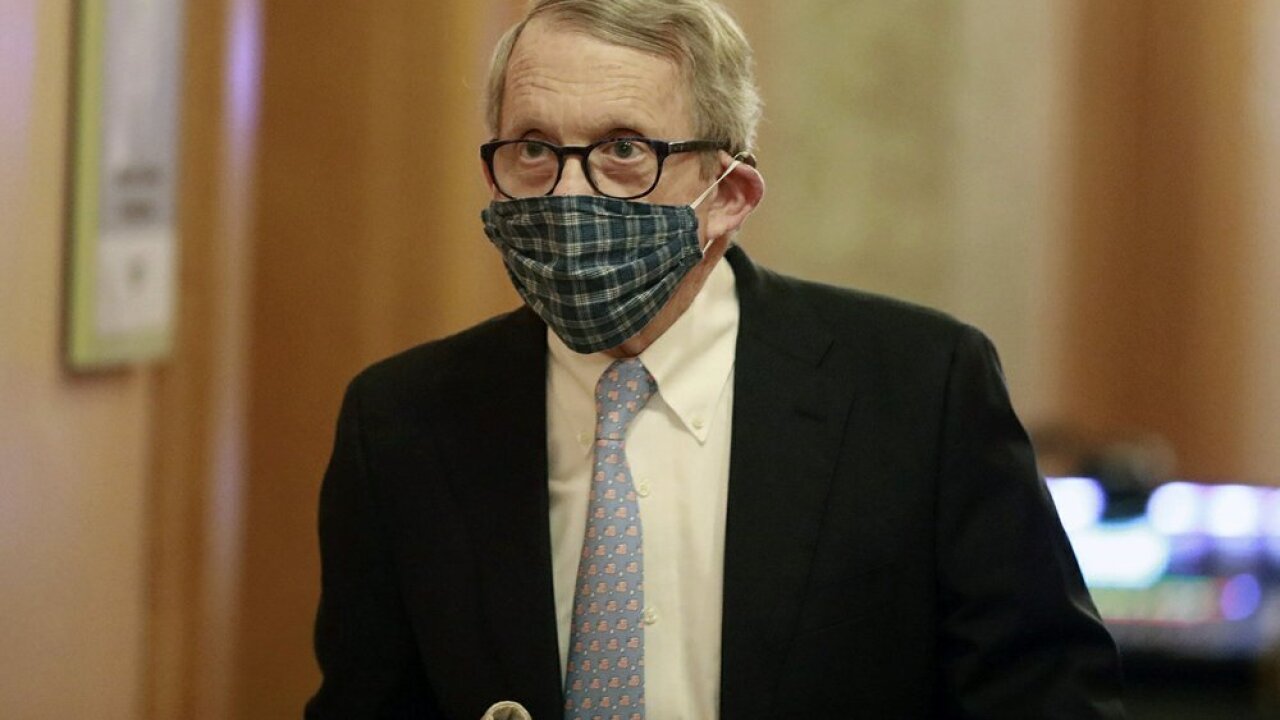 Ohio broke its single-day record for newly reported COVID-19 diagnoses Thursday — the second time the record had been broken in as many days. Speaking in Columbus, Gov. Mike DeWine warned of “a red tide” overtaking the state.

It was more than a dramatic flourish. On the Ohio Department of Health’s color-coded state map, which labels each county in yellow (lowest risk), orange, red or purple (highest risk), 29 counties are now colored red.

These counties represent only 32% of the state’s area but 65% of its population. Around 7,600,000 Ohioans now live in counties — including Hamilton, Butler, Warren, Highland and Adams — where public health officials recommend they “limit activities as much as possible.”

“This is the worst situation that Ohio has been in, and more Ohioans are vulnerable today than ever before because of how far the spread has gone,” DeWine said. “There are very few Ohioans who can say, ‘Wow. I live somewhere there’s no COVID and no spread.’”

Nearly every red county is also throwing up early flags that could prophesy even larger outbreaks in the future: More people visiting their doctors with COVID-like symptoms, a higher ratio of patients-to-population and more cases arising outside of congregate settings such as nursing homes and prisons.

ODH reported 2,178 new cases of the virus Thursday, surpassing the record of 2,039 from the day before. Only five new deaths were recorded, but 108 new patients were hospitalized and 43 were admitted to intensive care.

A total of 1,042 people are hospitalized, per DeWine’s reporting.

All of these numbers are markedly higher than they were in mid-September, when only around 800 Ohioans were being diagnosed each day and only 563 were hospitalized across the state.
Despite the data, which DeWine described as gravely concerning, the governor repeatedly declined to say he would at any point consider shutting down schools or businesses again.

“There’s a limit to what a governor could do or should do,” he said. “We are at the point where we have to live with this virus. The consequences of going in and shutting things down again would be devastating, not just financially, but devastating to people in their individual lives. We do not want to be in a position to do that.”

He and Lt. Gov. Jon Husted said they would likewise not move to curtail political events such as President Donald Trump's rallies and would not enforce required mask-wearing at polls on Nov. 3.

Instead, DeWine made the same plea he’s made each day since his statewide address July 15: Ohioans should wash their hands, wear masks and practice social distancing, even during small gatherings with friends and family, to drive the pandemic back under control.

“If you look at the data today, the future that paints is ugly,” he said. “It is not good. It will be a tough, very tough, November, December, January, February, whoever knows how long. We can avoid most of this pain.”

The governor has predicted that a vaccine will not be completed and widely available until summer 2021. In the meantime, health experts predict that a cold fall and winter will push Americans indoors, into crowded settings where viral transmission is more likely.