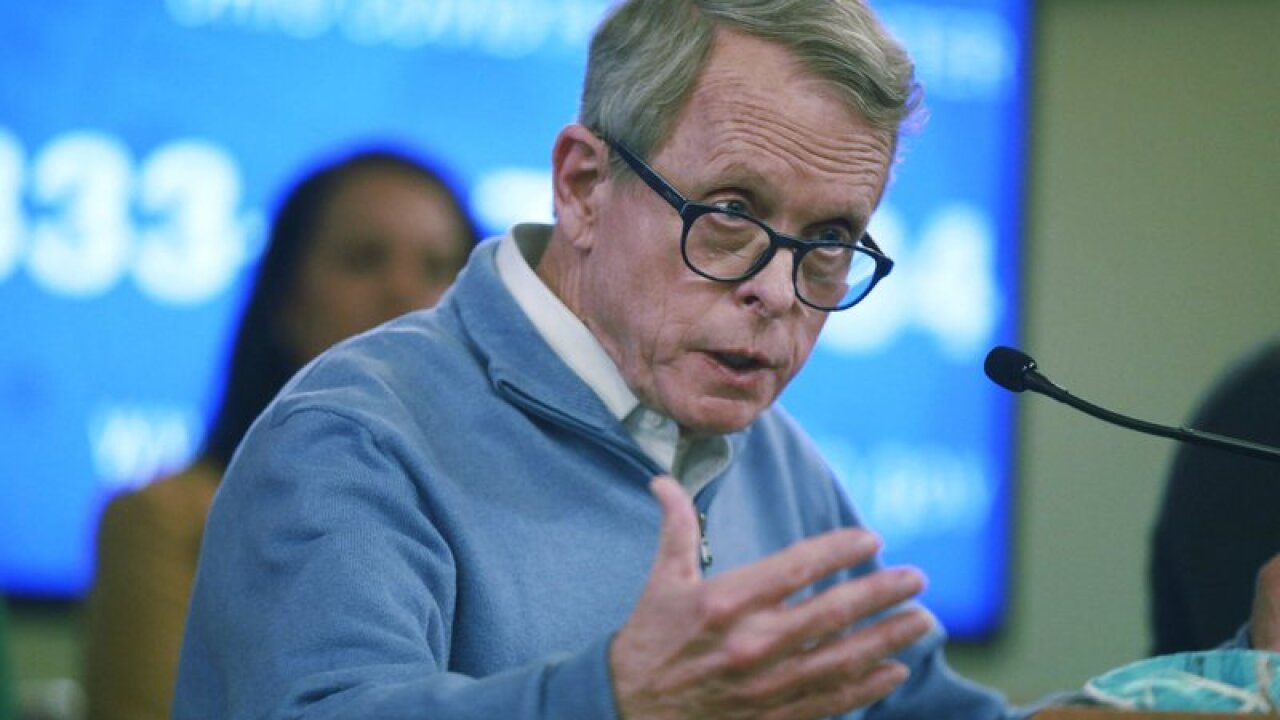 DeWine announced the change in his Monday afternoon news conference, adding that nursing homes must ensure they have adequate staffing, personal protective equipment and access to testing for residents and staff.

RELATED: Ohio nursing home residents miss their families, but there's no end to quarantine in sight

People in Ohio nursing homes, who are particularly vulnerable to COVID-19 complications due to their age and close proximity, have not been permitted to receive in-person visits for more than three months. Speaking Monday, DeWine said hearing from concerned families and lonely nursing home residents has been among the most “gut-wrenching” parts of leading the state through the pandemic.

“My job as Governor is to protect all Ohioans,” he wrote on Twitter. “Part of that job means putting measures in place to keep people safe from #COVID19. It also means protecting those things that add value to life. Balance has been and remains the operative word in our efforts.”

He promised specifics would become available on the Ohio state government’s website. At the time of the announcement, it was inaccessible due to ongoing maintenance.

Only three days distant from the the state’s fourth-highest day of COVID-19 diagnoses since the start of the pandemic, DeWine added Monday he plans to continue trusting individual Ohioans to obey public health instructions and curb the spread of the virus. More testing will be arranged in Hamilton and Montgomery counties, two "hotspots" where rates of diagnosis and hospitalization have grown significantly in the last two weeks.

Monday brought 737 new cases of COVID-19, according to data gathered by the Ohio Department of Health. It was a decrease from Friday, when ODH reported 987 new cases, but still much higher than the 21-day average of 581 per day.

The rapidly rising number of new cases cannot be linked back to single events, sick individuals or locations, DeWine said. Instead, most new patients contract the virus from hard-to-trace "community spread," a term used to describe situations in which the exact source of infection cannot be identified. "Community spread" can occur when strangers interact in public places or when a person unknowingly touches a contaminated surface and then touches their face.

"We’ve got an alert on, basically," DeWine said of the two counties.

Despite the spike and the implications, DeWine will not mandate the wearing of masks and demurred questions about whether he would consider scaling back reopening plans if the number of cases rose. When asked about Texas and Florida, two states where the decision to reopen much of public life corresponded with an explosive increase in diagnoses, he admitted he was watching the situations with concern.

“It should frighten us," he said. "It frightens me, frankly, as the governor of Ohio.”

He added he believed far more people should wear masks but said he would not attempt to legally enforce it because Ohioans would not accept it. DeWine said again that he would put his faith in the actions of individuals and closed with an appeal to common sense.