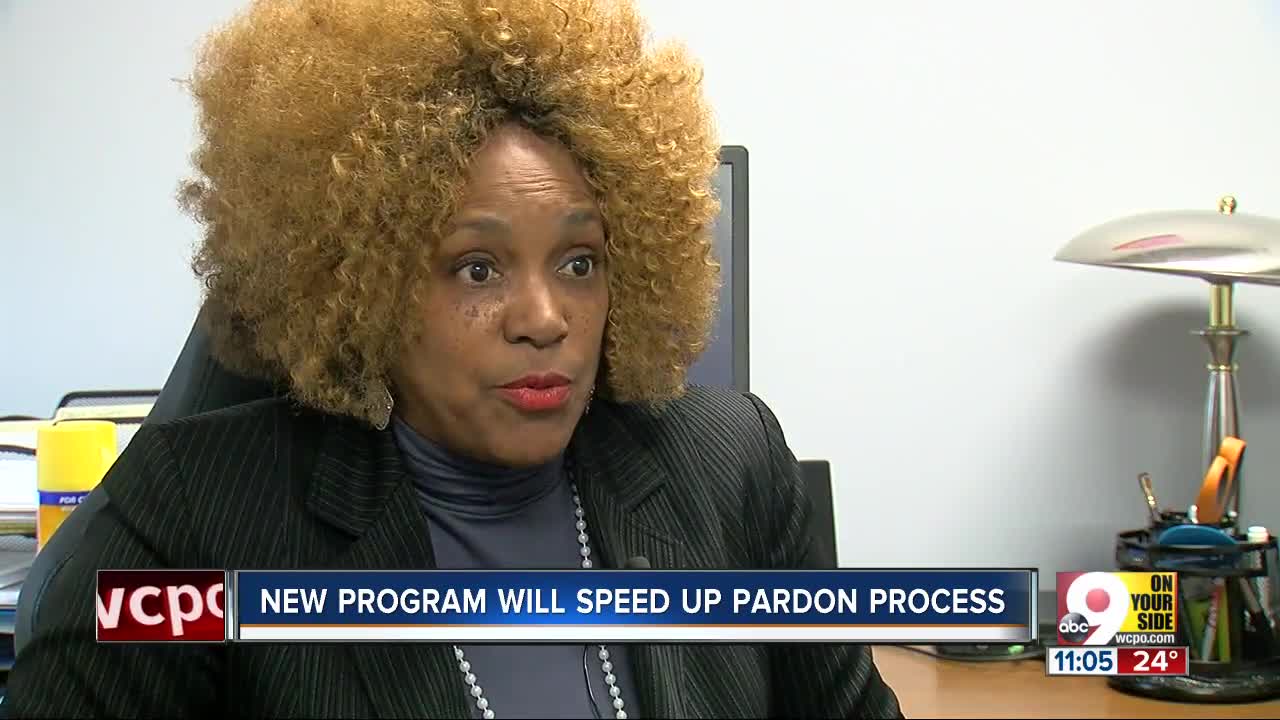 A new collaboration between the Ohio State University and the office of Gov. Mike DeWine could change thousands of Ohioans’ lives by accelerating the pardoning process for ex-cons who have made a visible effort to change their path. Ohio Justice and Policy Center paralegal Sheila Donaldson, who took the long path to her own pardon in 2012, was thrilled to hear it.

A new collaboration between the Ohio State University and the office of Gov. Mike DeWine could change thousands of Ohioans’ lives by accelerating the pardoning process for ex-cons who have made a visible effort to change their path.

Ohio Justice and Policy Center paralegal Sheila Donaldson, who took the long path to her own pardon in 2012, was thrilled to hear it.

Donaldson was convicted of multiple felonies for drug trafficking in the the mid-’80s. She left prison in 1989 determined to reinvent herself, and she did — first as a pre-law major at the University of Cincinnati, then as an advocate for children moving through the criminal justice system, and now as a senior paralegal for OJPC.

Part of her job involves guiding other people who have been convicted of crimes through the complicated processes of applying to have their records sealed, their offenses expunged or (hardest of all) their convictions pardoned. In 2011, a coworker suggested she do the same for herself.

“It was a lot of work when I did it,” she said. “You had to have like three copies of this. You had to do the application just right or else they wouldn’t accept it. Once you send it in, then they send you a great big packet back that you have to fill out again for the probation department, so that took another couple of months.”

Some applicants spend years waiting for a yes. Only a small portion of them get it.

Time spent applying and waiting is “meaningful time for a person to still be struggling to get employment, to get professional licenses, to maybe run for office, other barriers that they’re facing,” OJPC deputy director Sasha Naiman said.

The state’s forgiveness is more than symbolic, she added. It removes barriers to housing and employment that can leave people with criminal records struggling for decades after their release.

DeWine’s new initiative, the Expedited Pardon Project, will pull people judged most eligible for pardons to the top of the queue, ensuring they move through the process faster. Applicants must:

The project description does not provide guidelines for what constitutes a compelling reason.

People who have committed violent crimes such as rape, murder, human trafficking, domestic violence and kidnapping are not eligible.

Donaldson would fit the new criteria well, but she was one of the lucky few when she applied the traditional way in 2011. Nine months after she submitted her complete application, the office of then-Gov. John Kasich called her with the good news

“I just screamed and hollered in this office right here,” she said. “I was ecstatic. I was forgiven for what I did, and so that means a lot.”

She hopes the Expedited Pardon Project will let many other people have the same moment.

“I can show people you can move on past your past," she said. "You can change.”