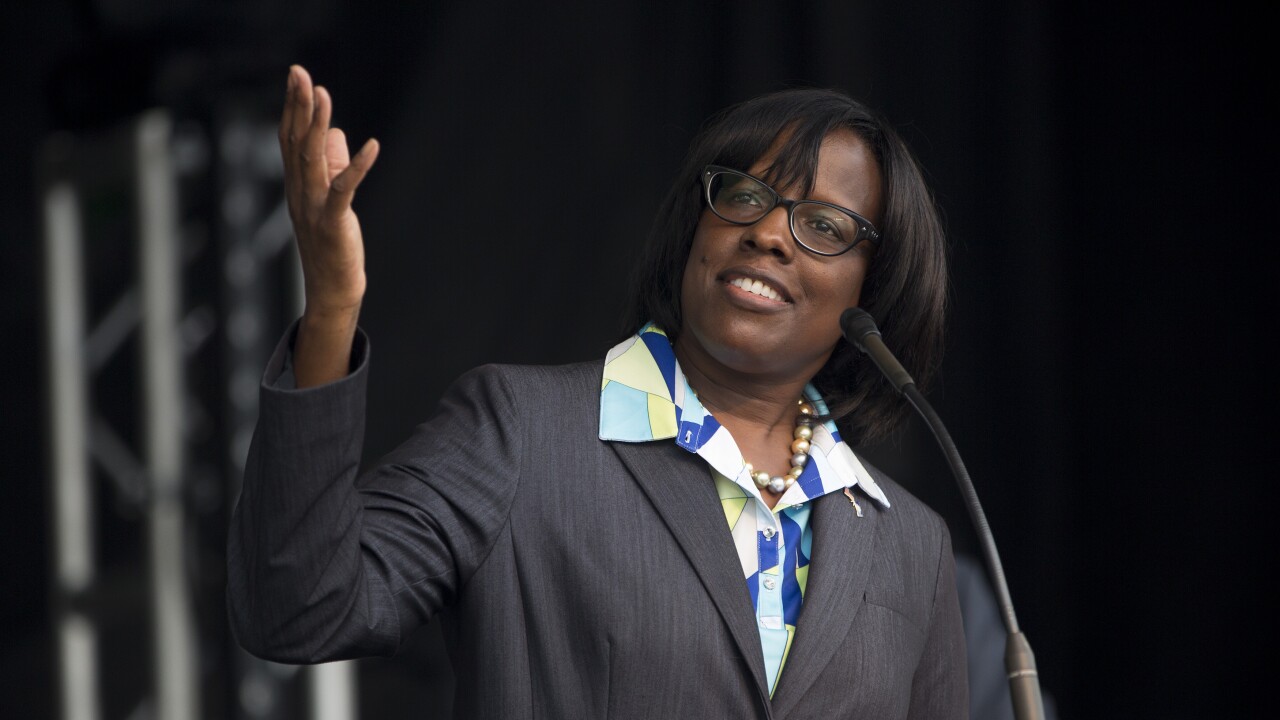 FRANKFORT, Ky. (AP) — Kentucky's lieutenant governor has told the state's personnel secretary that she intends to defy a decision by Gov. Matt Bevin's administration to dismiss her deputy chief of staff.

In an email, Lt. Gov. Jenean Hampton said her ousted aide, Adrienne Southworth, will "continue to assist me as deputy chief." Southworth will track her time until she's officially reinstated so she can receive back pay, Hampton said.

Bevin reiterated Wednesday that he had no involvement in Southworth's removal.

The Republican governor dropped Hampton from his ticket as he launched his reelection campaign early this year. Hampton has said little publicly about her removal from the ticket.

But the dismissal of her top deputy intensified her fight with Bevin's administration over staffing shake-ups in her office.

The latest issue erupted last week when Hampton sent a tweet asking for prayers in her fight against "dark forces" following Southworth's dismissal. In her tweet, Hampton praised Southworth's "stellar" work and said the ouster went against her wishes.

Her tweet ended with a request that people "pray for me as I battle dark forces." She didn't elaborate in the social media post, and the lieutenant governor has not responded to numerous phone calls and emails seeking comment.

Her email came after Stephens had informed Hampton that her deputy chief could be "terminated at will" because of her status as a non-merit employee.

"Under Kentucky law, it is well settled that an unclassified, governor-appointed employee can be terminated for any reason, so long as that reason is not contrary to some other law," Stephens told Hampton. "Here, no other law precluded her termination."

The administration executive who signed the letter authorizing Southworth's termination had the "requisite authority" to issue the letter, Stephens said. In her email, Hampton's replied that the executive "does not make a move without direction."

Asked again on Wednesday about the controversy, Bevin told reporters that he had "zero involvement" in the dismissal. Such personnel matters follow "exact methodology," he said, adding: "And I trust that the people handling it are doing it according to the law."

"We'll let the process sort itself out," Bevin said.

Southworth told the Courier Journal that she doesn't know why she was dismissed.

"Honestly, I have no earthly clue," she told the Louisville newspaper.

Southworth's dismissal marks the second time this year that Hampton has feuded with Bevin's administration over the removal of one of her key assistants.

Hampton has had a small role in Bevin's administration, traveling the state to meet with school groups while promoting entrepreneurship and science, technology, engineering and mathematics education for girls.

Bevin dropped Hampton from his ticket in January as he launched his reelection campaign. Bevin chose state Sen. Ralph Alvarado as his running mate this year.

Hampton, who has strong support among tea party activists in Kentucky, had lobbied Bevin to retain her as his running mate. The Republican governor is being challenged by Democratic Attorney General Andy Beshear in this year's November election.