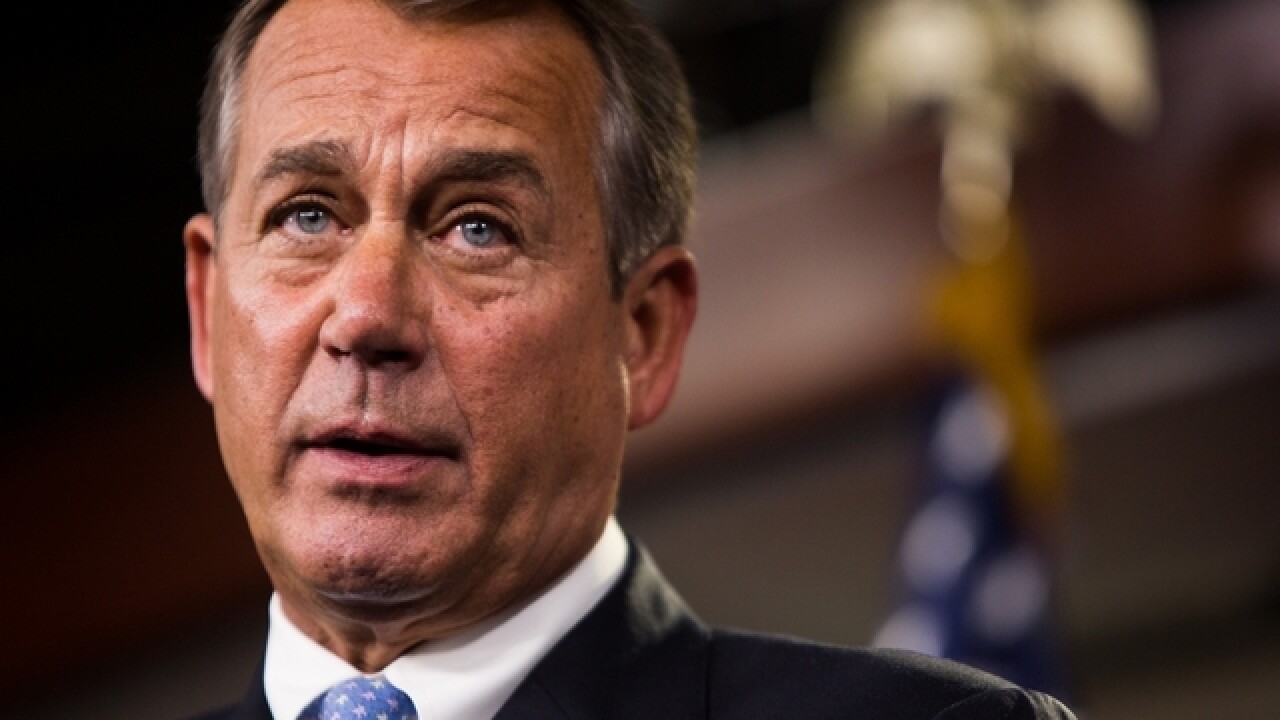 The former Speaker of the House and West Chester Township Republican made that comment at a private business gathering in Las Vegas last week, The Washington Post reported .

"Here we are, you know, seven months into this year, and yet they've not passed this bill. Now, they're never, they’re not going to repeal and replace Obamacare, it's been around too long. And the American people have gotten accustomed to it," Boehner said in a video obtained by The Washington Post. "Governors have gotten accustomed to this Medicaid expansion, and so trying to pull it back is really not going to work."

Watch the video below:

Instead, Boehner suggested Republicans work to get rid of mandates that employers provide insurance and that individuals have insurance, among other regulations.

He told the crowd Republicans will "get annihilated" in the 2018 midterms if they don't act on health care, taxes and infrastructure, The Washington Post reported.

One problem, according to Boehner: The instant nature of communication, in general, has made bipartisan negotiations nearly impossible. He told the crowd he used to sneak into the White House to talk with former President Barack Obama.

"You used to have a little breathing room -- 24 hours, 48 hours -- before it actually got in the press," he said. "Well, that's gone. Everything today is instant."

He also faulted a fragmented national news media, where "people get to choose where they get their news," for an increase in hyper-partisanship.

Boehner also suggested President Donald Trump tone down his tweeting, saying "He keeps getting in his own way."