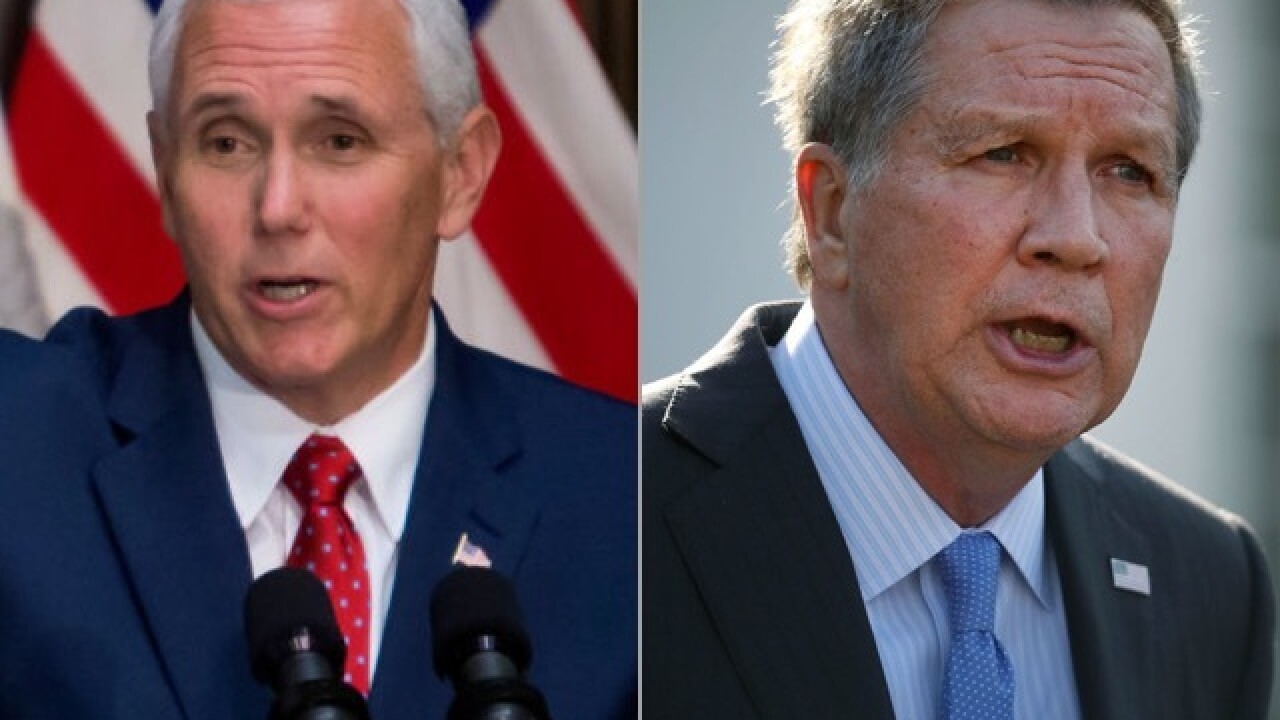 Pence is the featured speaker Saturday at the annual fundraising event being held at Ohio State University.

It's Pence's second visit to the battleground state in less than a month. He traveled to Cleveland on June 28 to tour a manufacturing facility.

Kasich doesn't plan to attend the dinner, citing a family obligation, but is scheduled to attend a pre-dinner reception.