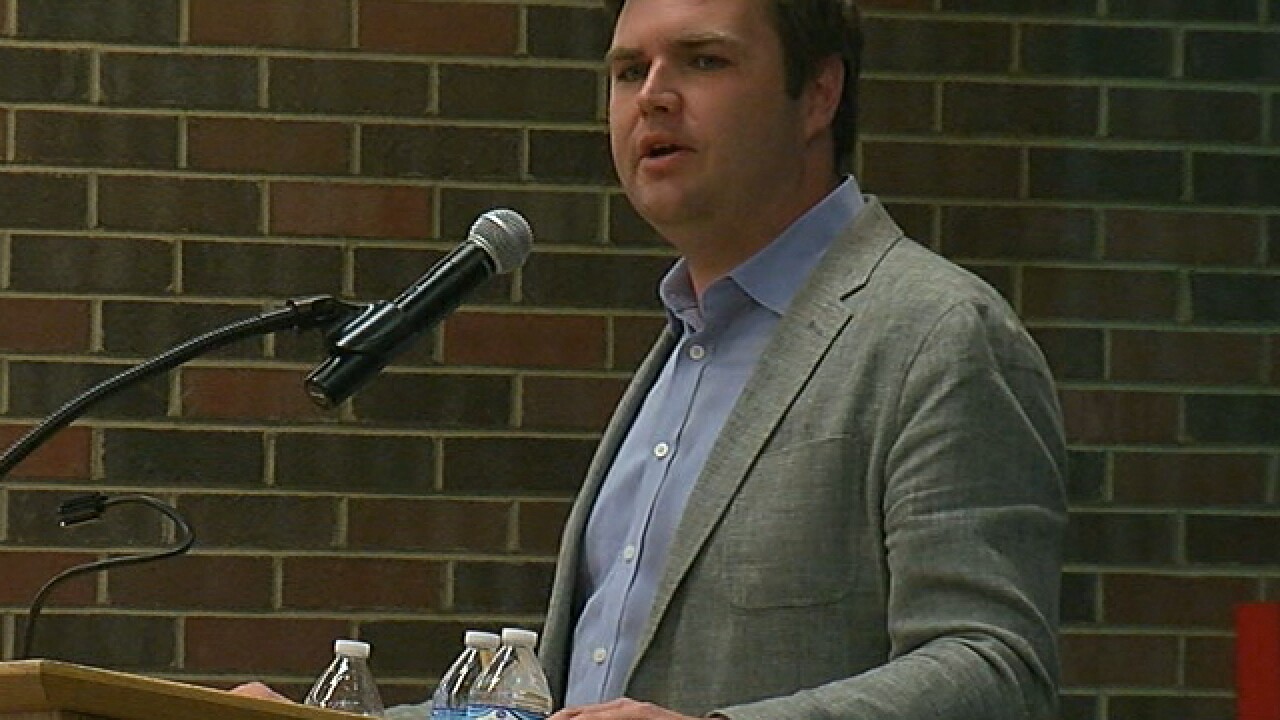 Copyright 2017 Scripps Media, Inc. All rights reserved. This material may not be published, broadcast, rewritten, or redistributed.
WCPO
<p>J.D. Vance speaks at an event in Cincinnati</p>

In September, Vance told The Atlantic he'd seriously considered seeking the Republican nomination but decided against it.

But that was before presumed Republican front-runner Josh Mandel, Ohio's state treasurer, dropped out of the race: Mandel made that announcement last week, citing a health issue with his wife. It left the GOP without a strong challenger to incumbent Democratic Sen. Sherrod Brown.

"McConnell has told associates that he would prioritize the race if Vance jumps in," POLITICO reported.

Vance's blockbuster memoir, "Hillbilly Elegy," is a personal look at families living in poverty, addiction and what it takes to move up in the world. It's told through the experiences of Vance and his family in Middletown and eastern Kentucky.

It was published in June 2016 and quickly took off as people following the presidential race questioned how Donald Trump -- initially seen as a long-shot candidate -- could be rising to become the Republican nominee and, later, winner of the election.

"I wasn't shocked that they attached themselves to my book and tried to understand what was going on in so-called 'Trump country,' but it's always been a little bit weird to me because neither Hillary Clinton's or Donald Trump's name appear in the book," Vance said. "And I think the problems I wrote about in the book are not just about one election cycle, these are things that have been with us for a very long time. And I think even if we get it right, they are going to be with us for a very long time to come, so I hope that the people don't think of it as a political book, because that's not primarily what it is. I hope people think it's a book about the American dream and what we can do to address it."