From streetcar to gun violence, what will mayoral candidates discuss at Monday's debate? 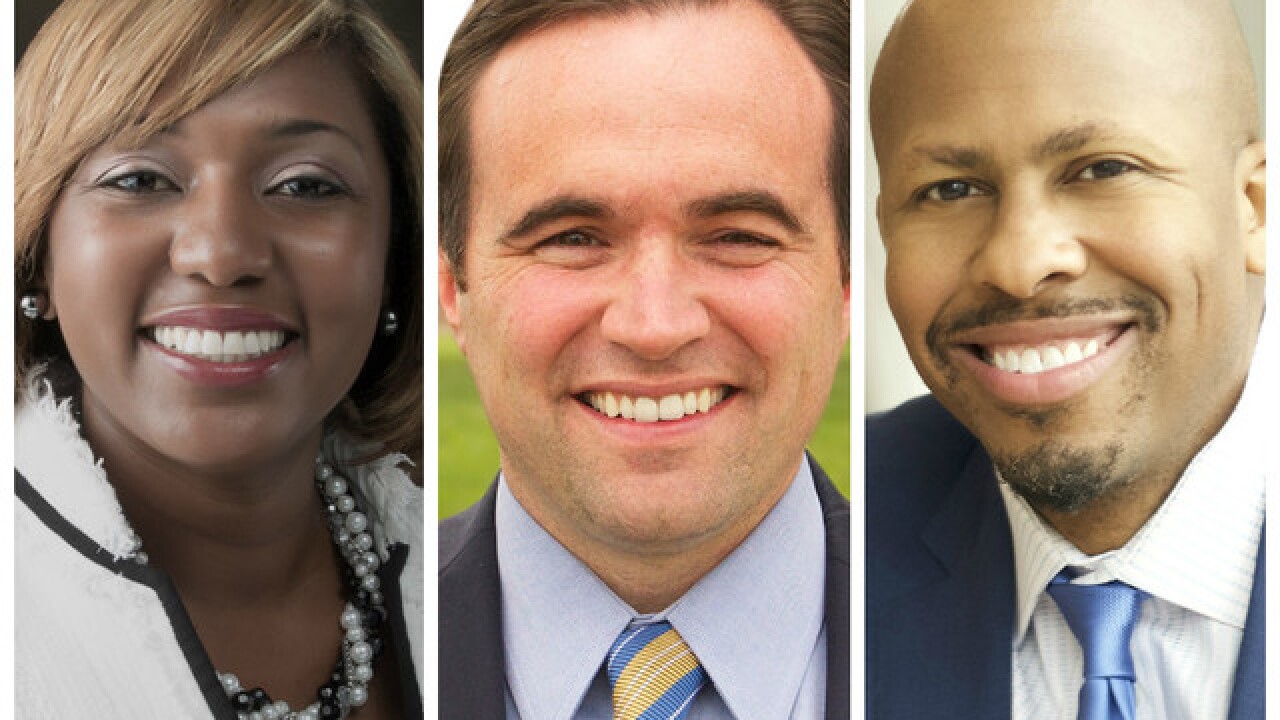 While the first public debate featuring mayoral candidates Yvette Simpson, Rob Richardson and Mayor John Cranley was largely focused on the streetcar, Monday night's debate is also likely to include discussion on gun violence after the Cameo Night Club shooting on March 26.

Other topics that could come up between the current mayor, City Council member Simpson and former University of Cincinnati board chair Richardson during the 7 p.m. debate at the Cincinnati Art Museum:

Want to ask the candidates a question tonight? It’s not too late! You can tweet your questions to @WCPO, or comment in the Facebook live that begins at 7 p.m. on WCPO’s Facebook page. You can also send us a message on Facebook.

Other topics that could come up at Monday's debate, hosted by WCPO, Radio One and the Cincinnati chapter of the Society of Professional Journalists:

Center for Closing the Health Gap

An hour after WCPO presented findings about the Center for Closing the Health Gap  that showed the nonprofit has spent the bulk of its city dollars on employee salaries and benefits, Cranley called for an investigation into the Health Gap’s spending habits.

Dwight Tillery, a former Cincinnati mayor who runs the Health Gap, defended the nearly $3.8 million the nonprofit has received over the last decade, saying the group has made strides in improving minority health in the city.

Cranley, Simpson and Richardson all weighed in on the issue of gun violence after the Cameo shooting on March 26, and the topic is likely to come up again at Monday's debate.

“This weekend was a horrific reminder that Cincinnati is not immune to the tragedy that ensues when people resort to gun violence to resolve disputes and innocent people are caught in the crossfire,” Cranley said in a March 29 op-ed on WCPO.com .

Richardson also spoke in the op-ed about how the situation was a reminder of the harsh reality too many people in Cincinnati face: “Gun violence is on the rise, and our friends, family and neighbors are losing their lives because of it.”

“Like a disease, violence spreads through communities through close contact with an impacted person,” she said in the op-ed , referencing psychological trauma resulting from early and frequent exposure to violence. “We can and must address these issues to keep our city safe."

Yost’s review came after years of steep rate hikes and bickering between the city of Cincinnati, which operates the sewer district, and Hamilton County, which owns it.

As the two governments are sparring for future control, it could be a topic of conversation at Monday's debate.