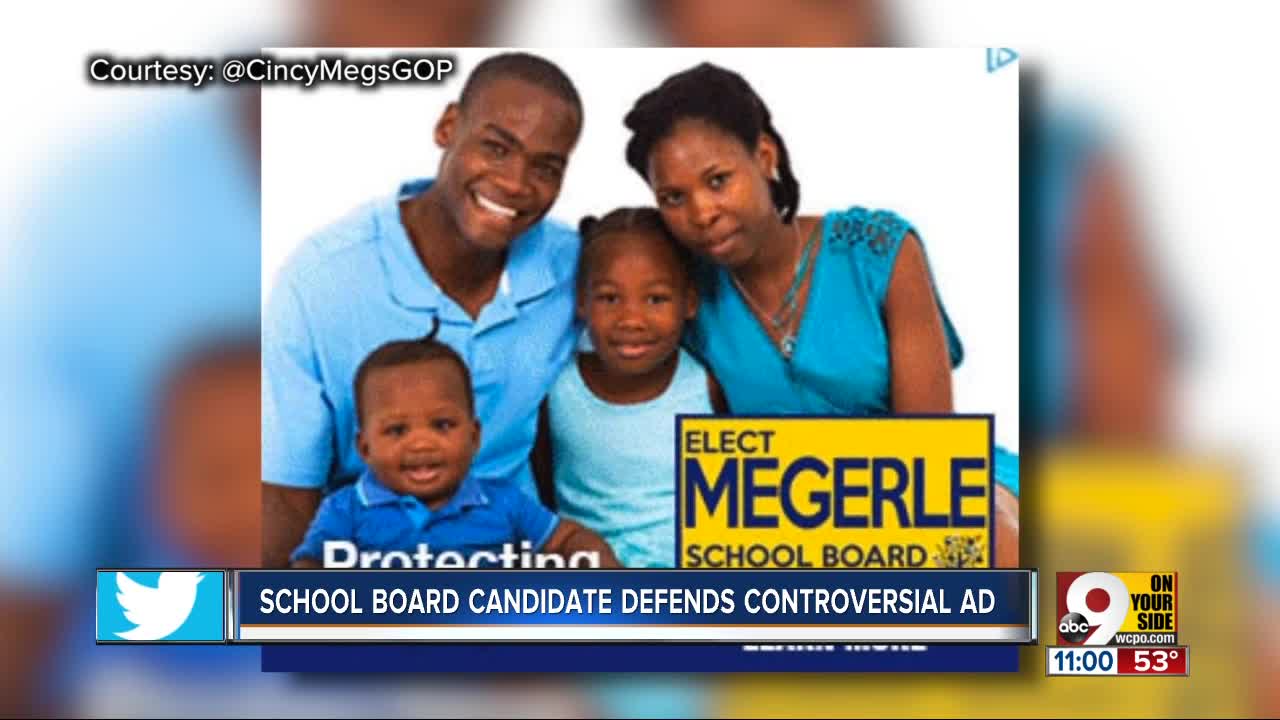 Cincinnati Public Schools Board of Education candidate Steve Megerle, who entered the race already saddled with a checkered political past, spent Wednesday night fielding multiple accusations he had attempted to mislead black voters with his online campaign ads. 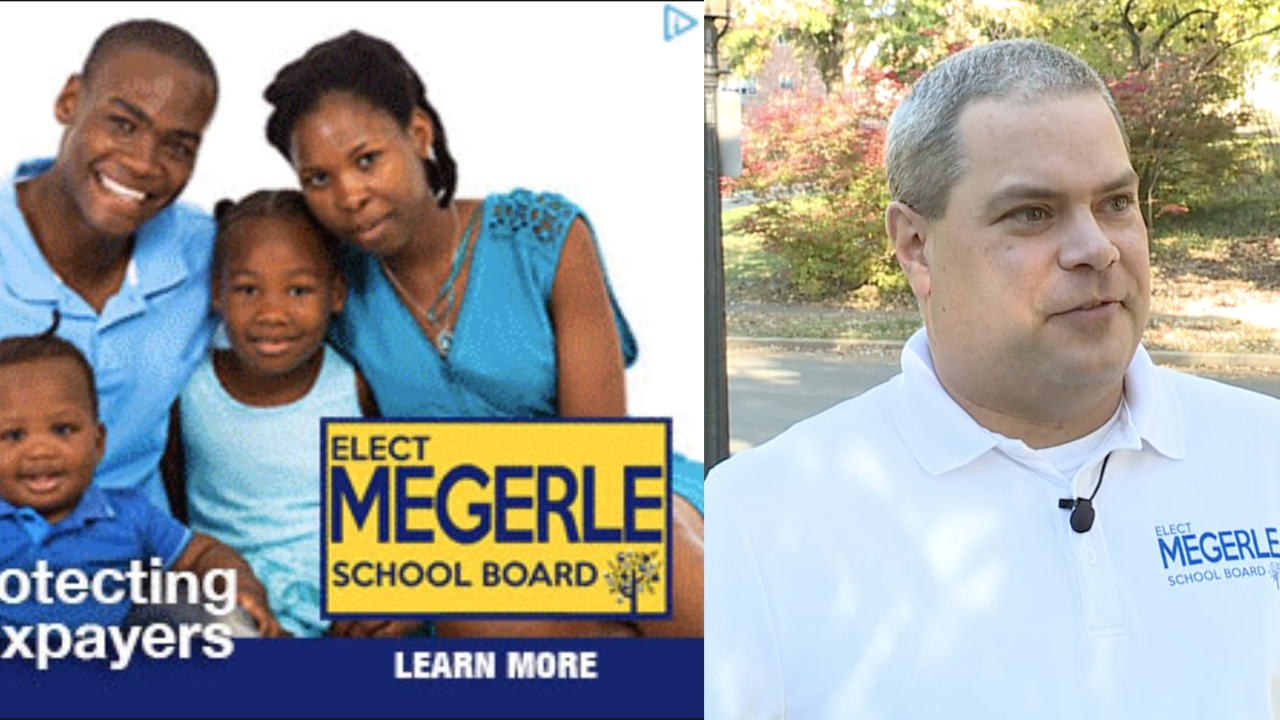 CINCINNATI — Cincinnati Public Schools Board of Education candidate Steve Megerle, who entered the race already saddled with a checkered political past, spent Wednesday night fielding multiple accusations he had attempted to mislead black voters with his online campaign ads.

“It is silly season,” said Megerle, who is white. “We have a campaign going on.”

One ad for his candidacy shows a stock image of a smiling black family and urges viewers to elect Megerle, who is not pictured. Mike Moroski, a current member of the school board, accused Megerle of “pretending to be black to get votes” in a Sunday morning tweet. Councilwoman Tamaya Dennard retweeted his comment and added her own: “All facts. Say NO to this pretender.”

Megerle is a white guy pretending to be black to get votes. This is an internet ad.

Of course, this same man had 2 resign from a post in 2009 when he pled guilty 2 a “misdemeanor 4 his role in helping 2 anonymously pay 4 pamphlets w/ anti-gay overtones” (@WCPO). pic.twitter.com/jb3avSf0ts

Moroski and Dennard are both Democrats. Megerle identifies himself as a Republican on his Twitter profile.

"There was no malintent,” Megerle said. “It was not in any way, shape or form to portray me as an African American at all. The purpose of the ad was to show that I'm going to stand up for all tax payers in CPS no matter their race, gender, color, ethnicity, whatever."

Megerle also wrote on Facebook he had support by the Cincinnati African-American Firefighters Association, prompting the group to issue a statement Wednesday condemning him instead.

“The use of our copyrighted logo on his web site and Facebook page is a diabolical attempt to use race to sow confusion in the 2019 CPS Board Elections,” CAFA president Will West wrote. “This malicious attempt to use CAFA to interfere in the 2019 elections will not be tolerated.”

Megerle insisted it was a misunderstanding. The group had, in an earlier flier, ranked each school board candidate based on their support for its passion project: the establishment of a Public Safety Academy. Megerle and three other candidates — Marlena Brookfield, Gary Favors and Ben Lindy — had all received the maximum possible score of five points.

“I posted on my Facebook that I’m very excited,” Megerle said. “I look forward to partnering with the Cincinnati African American firefighters to make the public services academy a reality.”

Speaking to WCPO, West said it’s important his organization does not endorse political candidates or allow them to use its logo.

Megerle removed the logo from his Facebook post but said he still hoped to work with CAFA if elected.

He added that his campaign goals include bringing more black teachers to CPS, increasing graduation rates and getting more students into vocational careers — a mission he thought might be lost in the controversy.

“I wouldn’t be running if I didn’t care about the children,” he said. “Education is, some people say, the most important election on the ballot, and I’m running because I agree wholeheartedly.”

Megerle is Councilman Jeff Pastor’s former chief of staff. In 2009, as a member of the Covington City Commission, he was convicted of helping to anonymously pay for pamphlets with anti-gay messaging aimed at another candidate. He resigned from his commission job later that year.