As EdChoice debate drags on, Feb. 1 deadline draws ever closer 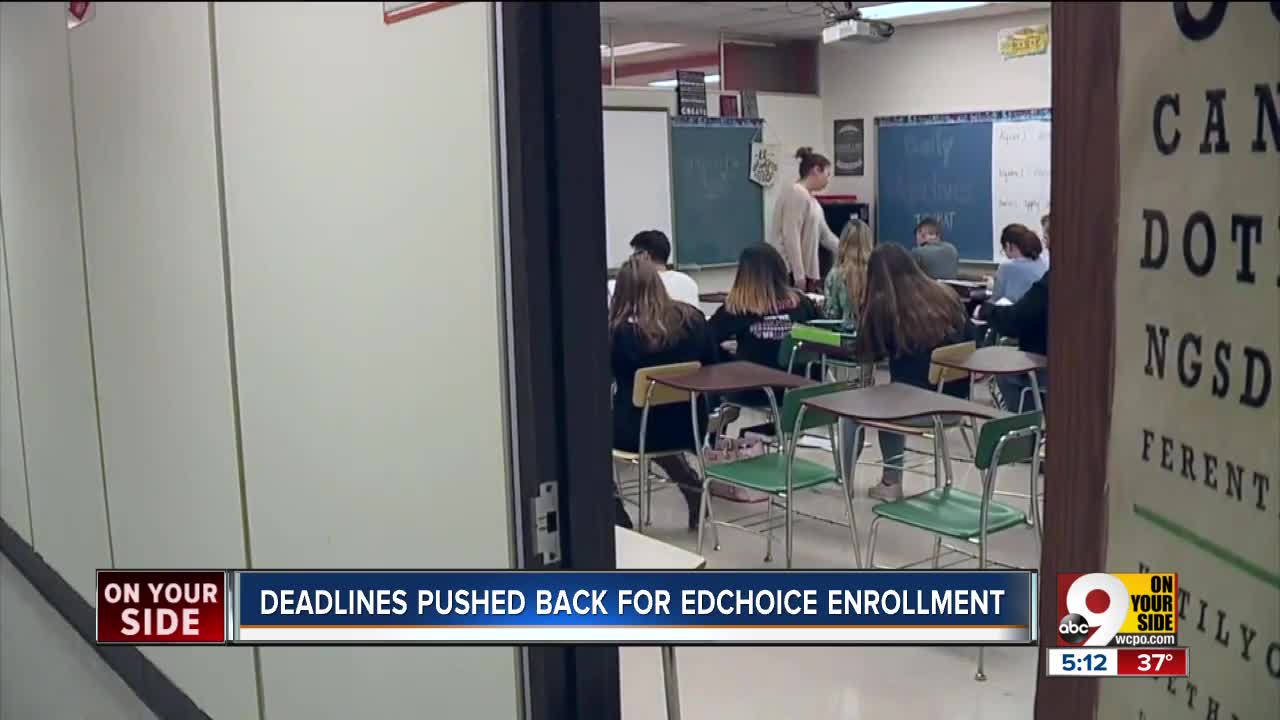 As Ohio legislators continue to negotiate a bill that would impact the number of students eligible for EdChoice private school vouchers, Brian Holbrook just wants to know if his kids will be able to stay in their private school.

COLUMBUS, Ohio — As Ohio legislators continue to negotiate a bill that would impact the number of students eligible for EdChoice private school vouchers, Brian Holbrook just wants to know if his kids will be able to stay in their private school.

"How can you tell a kid as a parent, 'Hey, I'm sorry, but you have to go to public school for a year, and then maybe you can go to the faith-based school that I want my children to go to,'" said Holbrook, whose children currently attend a school near Cleveland through the EdChoice program.

EdChoice provides vouchers that allow students in failing public school districts to receive up to $6,000 to attend a private or charter school of their choice.

As the program stands, if no changes are made, the number of schools considered failing in Ohio would jump from 517 to over 1,200, meaning students who would otherwise attend one of those failing schools would be eligible for a private school voucher. Lawmakers are now working toward a compromise to stop that from happening, but they're running out of time.

If House Bill 9 is to be amended with a change to EdChoice, it must happen before Feb. 1, when applicants can begin applying for vouchers. If the amendment is approved, some students would need to go to a private school for one year before again applying for a voucher.

Sen. Matt Dolan, a Republican from Chagrin Falls who sponsored the amendment to the bill, said he knows it would be a burden to some families but believes the changes are still needed.

“My amendment would reduce the number of schools that are eligible, thus some families won’t be eligible,” Dolan said. “And while I feel for those particular families, the damage of saying all those schools are failing will do much more harm to the state as a whole than the unfortunate few families who may not be able to get an EdChoice scholarship.”

“The House has laid out a simple, straight-forward plan,” he said. “It would allow schools — public and private — to compete more fairly.”

The main issue under debate revolves around public schools and the state report card system which ranks them as either failing or not failing. For every student in a given district awarded a private school voucher, that district can lose up to $6,000 in funding.

Householder said he and other lawmakers are working to eliminate that provision as Feb. 1 draws ever closer.

“These Opportunity Scholarships would be funded directly and entirely by the state, instead of being deducted from state aid paid to local districts,” Householder said. “This approach has a lot less impact on local school districts and puts the focus where it belongs: For a more equal opportunity for all of Ohio’s 1.8 million school kids, regardless of their ZIP Code.”

“We are encouraged by the conversations that are coming forward today that rein in the explosion of vouchers,” she said. “However, this is merely a Band-Aid. Long-term fixes will need to include tackling fair funding of public schools and reforming or eliminating the broken report card system.”

Negotiations for the EdChoice voucher program will likely continue through Friday. The Ohio House is set to meet in session at 4:30 Thursday afternoon, where they will discuss and likely vote on Senate Bill 89 — which includes amendments to the EdChoice program agreed to by Republicans and Democrats. If passed, it will go to the senate for confirmation before heading to Governor DeWine’s desk for signature.