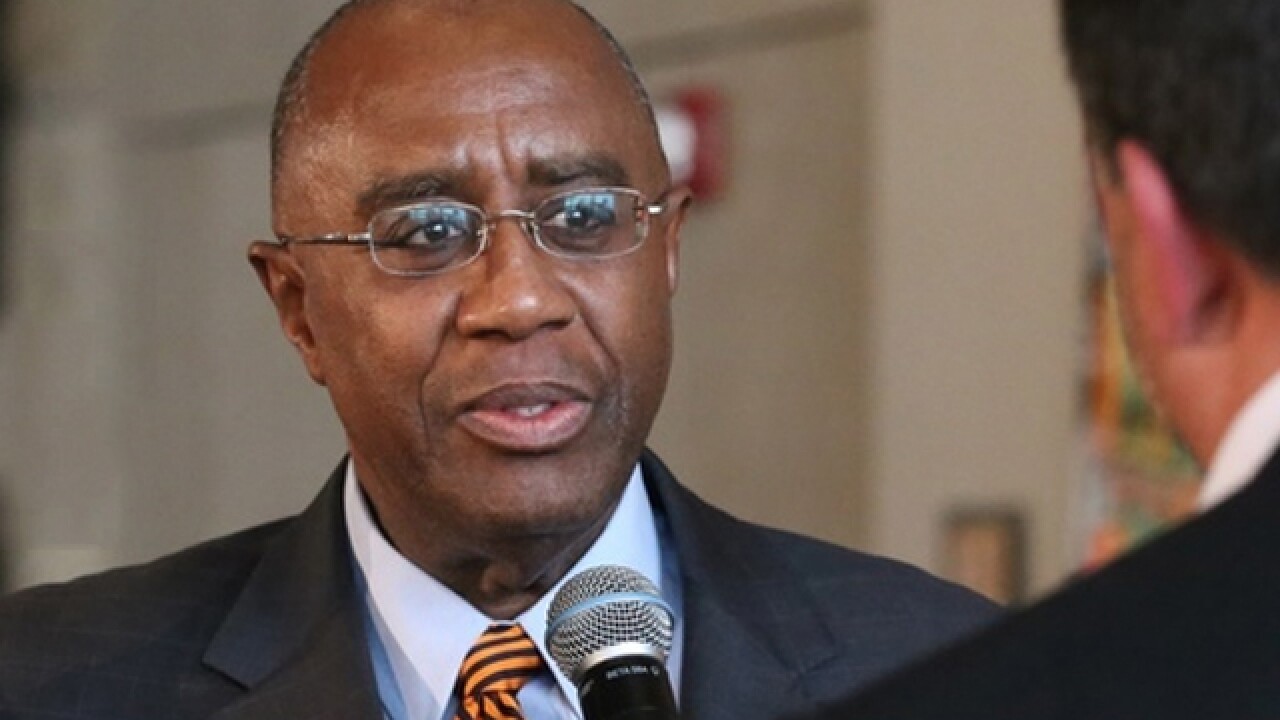 CINCINNATI -- Where one prominent pastor sees an attack on minority-owned businesses, another sees something very different: a smear campaign aimed at playing Cincinnati's black community for political gain.

The second pastor, in this case, is Councilman Charlie Winburn. And he said the real attack is against Cincinnati Police Capt. Jeffrey Butler, who sued City Manager Harry Black last month in federal court.

The lawsuit, and the city's insistence Butler's claims are bogus, are playing out against the backdrop of a nasty election year: It's the first time in recent memory an incumbent mayor, John Cranley, has faced a challenge from a sitting council member, Yvette Simpson. Winburn was one of Cranley's early allies on city council -- the mayor made him chairman of council's most powerful committee. But over the past year, he's increasingly aligned himself with Simpson as controversies swirled over payments to the Center for Closing the Health Gap and a friend's contract with the Metropolitan Sewer District -- both of which Winburn blamed, in part, on Cranley.

During his 10-minute interview Saturday with 700WLW's Mike Allen, Winburn didn't comment on the merits of Butler's lawsuit -- "I try to stay away from dealing with the merits of the case," he said. He told Allen he was speaking up to support a whistleblower -- and he insisted last week, then again Saturday, the lawsuit has nothing to do with race as others have claimed.

Butler, a Cincinnati Police Department veteran, said he raised questions about how the city spends its 911 fees and grant dollars while he was overseeing the Emergency Communications Center. In his lawsuit, he claimed he should have been promoted to assistant chief, but that Black and Assistant City Manager Sheila Hill-Christian retaliated against him because he questioned the spending.

Butler also alleged Black was running public funds through a company owned by one of Black's close friends. That company, BFX LLC, is minority-owned, and Black said his friend was only an employee, not the owner.

The Rev. KZ Smith said he felt Butler's lawsuit was an attack on black businesses , and on the city's progress in minority contracting under Cranley and Black. He was among a group of about a dozen people -- including Cranley, Black, City Solicitor Paula Boggs Muething, several city department heads and black business leaders -- who spoke at length with WCPO about Butler's lawsuit.

Smith pointed out an allegation that Butler had used a racial slur in 1999, during an interview with the police department's Internal Investigation Section. It didn't come to light for several years later, when then-councilman Cranley sent a recording of the interview to the city manager at the time, Valerie Lemmie.

Butler denied having used the slur, and none of the other officers in the room recalled him saying it. Four separate analyses of the tape couldn't determine what he'd said with absolutely certain, though two found he likely used the word "n*****s."

To Winburn, the racial allegations are just an attempt to distract people from the substance of Butler's lawsuit. He also said it's also a ploy by Cranley to retain some support among the black community, a voting block that helped get him elected mayor in 2013 but one Simpson is expected to largely win this year .

"I think Mayor John Cranley and this council, and some of the members of council, the city administration and the law department ought to be ashamed of themselves trying to twist this against African-Americans -- basically, trying to say 'We love black people now.' ... It is utterly ridiculous," Winburn said.

"I was told the law department called a councilmember's office, told them to look at the WCPO story , and 'If you read that story, you'll know this cop is a bona fide racist,'" Winburn said. He didn't say who was involved in that telephone call.

He also claimed someone in the media -- again, he didn't say who -- told him Friday they received a file from City Hall insiders that portrays Butler in a poor light. WCPO, like other news organizations, has requested numerous public records related to the lawsuit -- including Butler's personnel file.

Through spokesman Rocky Merz, Black declined to comment on Winburn's claims. Black has repeatedly denied Butler's allegations , calling them the result of an unhappy employee who didn't get a promotion .

Brian Gillan, Butler's attorney, argued his client is "standing up for what's right and asking questions." He said they tried to work out the issues before suing, but the city wouldn't budge. Butler didn't take his concerns to the Ohio State Auditor's Office or the Ohio Ethics Commission, Gillan said.

"He is using the legal system to protect his rights and respond to retaliation," he said. "This is not at all an attack on black businesses."