Is Cincinnati on Trump administration list of sanctuary cities? 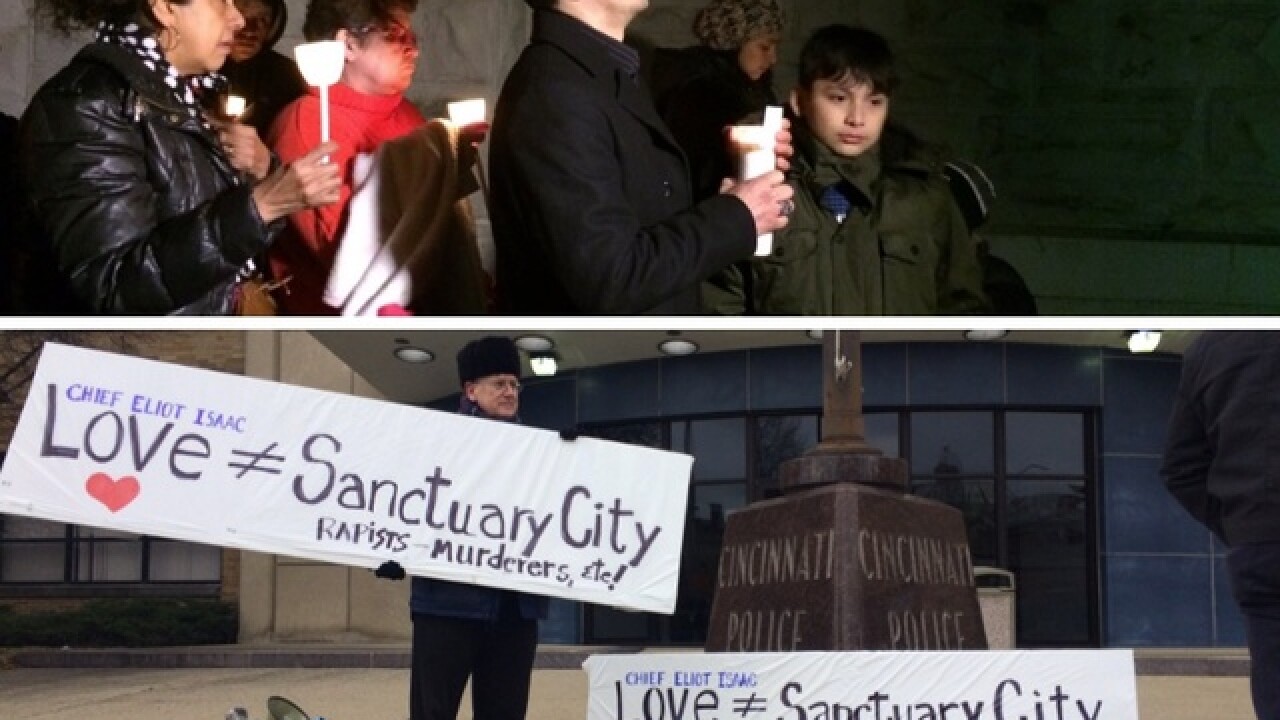 CINCINNATI -- If Cincinnati's considered a "sanctuary city," it hasn't really caught the attention of the federal government.

The Trump administration on Monday opened up its first line of attack on so-called sanctuary cities, naming jurisdictions that decline to detain immigrants who could be subject to deportation.

Cincinnati and Hamilton County aren't listed in the report. In fact, nowhere in Ohio, Kentucky or Indiana was included.

TOP 9: What you need to know about sanctuary city debate

President Donald Trump ordered the Department of Homeland Security to issue the reports, called the Weekly Declined Detainer Outcome Report, in an executive order in January.

The first one lays out 206 declined "detainers" that were registered in Immigrations and Customs Enforcement databases for the week of Jan. 28 to Feb. 3. Detainers are requests by ICE to local law enforcement agencies to hold certain individuals ICE believes could be deported for up to an extra 48 hours beyond the criminal process so they can be picked up by ICE.

Cincinnati's absence is notable, considering a section of the report calls out jurisdictions "that have enacted policies which limit cooperation with ICE."

Mayor John Cranley claimed in late January that the city "has been for years, and will remain a sanctuary city." And Police Chief Eliot Isaac said the Cincinnati Police Department "will not be enforcing immigration laws."

Official policy instructs Cincinnati police to cooperate with federal immigration officials, though they're told not to target or arrest people simply because they might be undocumented.

RELATED: Why some places won't cooperate with ICE

Cincinnati police don't get ICE detainer requests because the city doesn't have its own jail. Instead, city inmates go to the Downtown jail that Hamilton County Sheriff Jim Neil operates.

And Neil said deputies will continue to detain undocumented inmates at the request of federal immigration authorities. A spokesman with the sheriff’s office confirmed no policies changed at the Hamilton County Justice Center even after Cranley declared Cincinnati to be a "sanctuary city."

If deputies are unable to identify a person in custody, they can contact the feds for help. ICE may then request the county jail detain the person to await immigration hearings, said Michael Robison, the media director for the sheriff's office.

Is that the final word on the matter?

Monday's Weekly Declined Detainer Outcome Report notes there might be some jurisdictions with "sanctuary" policies that aren't listed, so there's no guarantee Cincinnati won't be included at some point.

Khaalid Walls, an ICE spokesman, said the agency wouldn't speculate on future additions. And the report's authors note it's not the "exclusive factor" in determining if a city cooperates with federal immigration officials.

Trump has threatened to withhold federal funding from jurisdictions that prohibit or limit communication with ICE in violation of federal law -- but Cranley has insisted that's not the case for Cincinnati.

WCPO has reached out to Cranley's office for comment.

CNN contributed to this report.