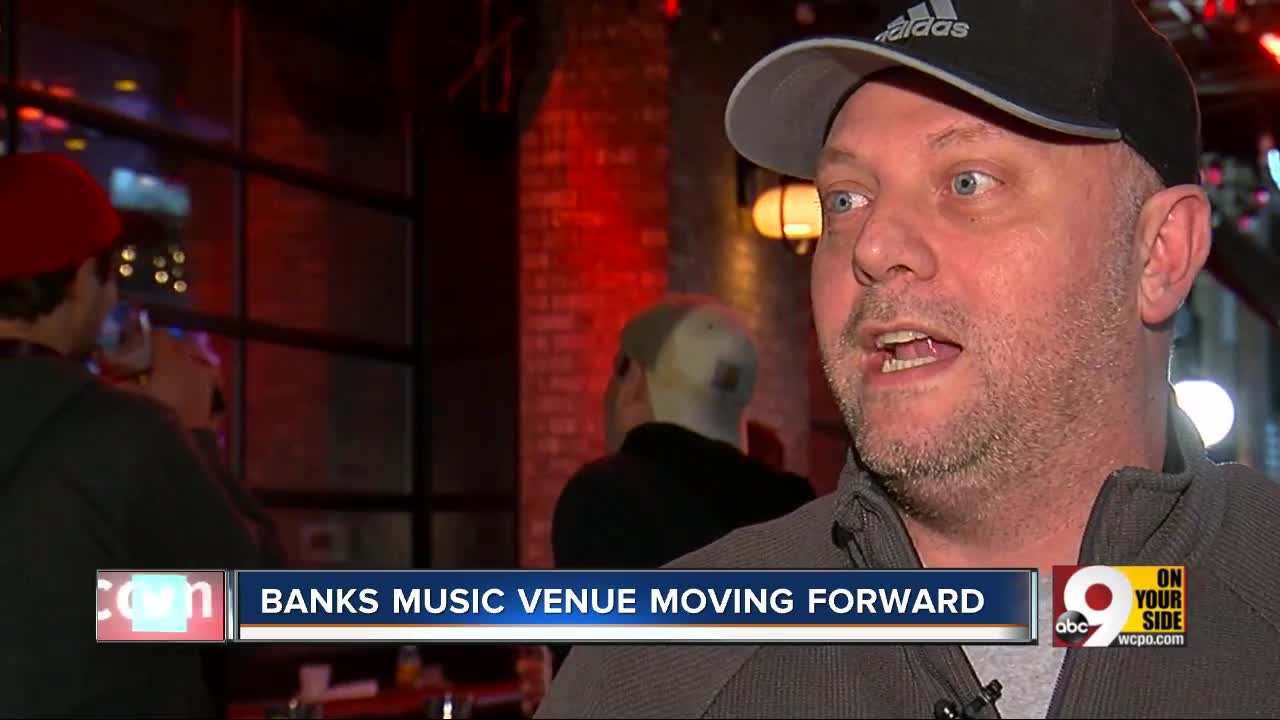 Cincinnati Mayor John Cranley and Hamilton County Commissioner Todd Portune took a break from accusing each other of obstruction Saturday and negotiated an agreement meant to facilitate the long-delayed construction of a music venue at the Banks.

Cincinnati Mayor John Cranley and Hamilton County Commissioner Todd Portune took a break from accusing each other of obstruction Saturday and negotiated an agreement meant to facilitate the long-delayed construction of a music venue at the Banks.

According to a summary of the agreement released Tuesday afternoon, its primary concerns are the use of four riverside parking lots lots near the Bengals’ Paul Brown Stadium.

The county will gain exclusive development rights to Lots 24 and 25, both of which sit directly across Elm Street from Paul Brown Stadium. The city will get the same rights for Lots 1 and 13, which sit on the other side of West Pete Rose Way.

Why involve the Bengals and Paul Brown Stadium at all in an ostensibly music-oriented project? Like everything else surrounding the venue, it’s complicated.

Because the music venue is slated to go up near Paul Brown Stadium, the Bengals will lose existing parking and tailgating space once construction begins. When Hamilton County signed a new lease with the team, it agreed to provide 3,200 surface parking spots.

Cranley objected frequently and publicly. Although Hamilton County and the city of Cincinnati co-own the Banks development, Cranley argued the county’s agreement was unfair to the city and gave the Bengals too much control over the Banks’ future.

Portune, in turn, accused Cranley of obstruction and of setting Cincinnati up for an economic loss against Newport, Kentucky, which has its own plans for a music venue.

The pair’s tete-a-tete, which took place at Portune’s home, also produced an agreement to search for a profit-sharing option for the SkyStar wheel. According to the summary, the city hopes to use its portion of the revenue to fund maintenance and operation of Smale Riverfront Park.

The agreement doesn't completely clear the way for the venue, which missed its October groundbreaking deadline, but does represent a turn toward friendlier city-county relations. Holly Stutz Smith, a spokesperson for the mayor's office, wrote in a news release that the Cranley expected it to "advance future development at the Banks."