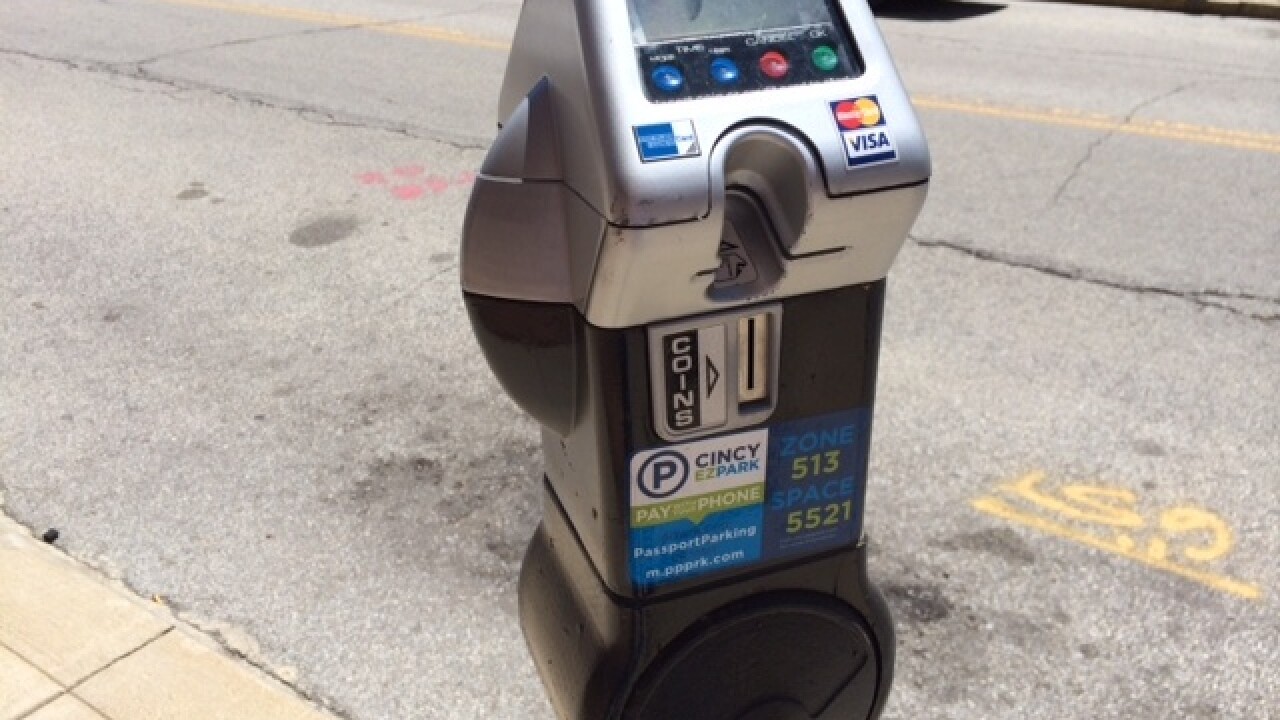 CINCINNATI -- The acting city manager is looking to parking meter rates as one way to bring in more revenue.

Acting City Manager Patrick Duhaney’s plan calls for increasing the parking rate in Over-the-Rhine and Downtown, extending meter hours to 11 p.m. Thursday through Sunday and adding between 80-90 new meters in OTR. Mayor John Cranley also included the plan in his version of the budget he unveiled Wednesday afternoon.

Officials are considering the changes as part of the plan to close the city's $32 million shortfall, but the tactics aren't sitting well with the neighborhoods that could be impacted.

Jean Francois Flaubert is the owner of Taste of Belgium. He's worried about the proposal for more meters and higher fees.

"The one thing I'm afraid of is that it makes OTR a lot less attractive and it's a deterrent for people to come down here," he said.

"It worries me for people working retail and in the restaurant," Flauchet said. "Those are people who don't make a lot of money, and now if you have to pay $2.25 an hour, that's a lot of money coming out of their paycheck."

The approach doesn't sit well with Derek Bauman, an OTR resident who is active in community issues.

"At the end of the day, parking is supposed to be a comprehensive plan for all the streets in the neighborhood, not just some arbitrary number, hours and dollar amounts to fill a budget hole," he said.

Parking rates wouldn't just increase in OTR and Downtown under the plan. CUF, Hyde Park, Mount Lookout and Northside could all see meter rates increase from $0.75 to $1.25 per hour.

There's talk of a $0.25 bump in the rate parkers pay in many areas of the Central Business District. At Koch Sporting Goods on Fourth Street, Eric Koch hears customers complain all the time about parking rates.

"I don't know where it stops and I don't know what they're waiting to see before they realize that this is not a good business plan for the city," Koch said.

The Cincinnati City Council has the final say on any budget plans. They will begin debating Thursday morning and have until the end of June to act.

Read a memo from the acting city manager on his parking rate plan below: