Has drop in traffic enforcement made Cincinnati streets more dangerous? 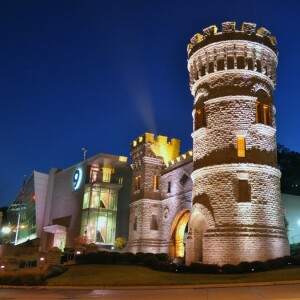 CINCINNATI -- Cincinnati's streets are the most dangerous of Ohio's three biggest cities, if crash data are any indication.

That's based on a WCPO analysis of crash data comparing Cincinnati, Columbus and Cleveland.

Traffic safety is a topic that has weighed heavily on many Cincinnati neighborhoods and their residents, especially over the last two years after a number of high-profile pedestrian and bicyclist deaths.

This past November, East Price Hill business owner Frederico Ventura died after being struck by one vehicle, then struck and dragged by a second vehicle on Warsaw Avenue. The first vehicle fled the scene, police said.

The list of names keeps growing, and the crash data show that non-motorists are at significantly higher risk of injury or death on Cincinnati streets.

WCPO looked at reports from the Ohio Department of Public Safety for the past six years, comparing Cincinnati, Columbus and Cleveland. We weren't confident all crash data would be in for the final quarter of 2017 by the time we published this story, because reporting lags in some cases. So we only reviewed data for the first three quarters of each year -- Jan. 1 to Sept. 30.

Cleveland and Columbus have more people, and it stands to reason they might have more crashes overall. So we decided to divide the number of crashes by each city's total population, to get each city's crash rate.

We found Cincinnati had the most crashes, per resident, of Ohio's biggest three cities. That trend holds true across nearly every crash type: crashes that involved injuries, crashes that resulted in just property damage and traffic injuries overall (since more than one person could be injured in a single wreck).

The only category Cincinnati didn't lead -- deaths. Cleveland had more fatal crashes per capita than Columbus or Cincinnati in 2017.

That's a reversal from the year before, when Cincinnati had the highest deadly crash rate among the three cities.

A deeper dive looked at residents' mode of transportation. Since public transit is a far safer way to travel, we also wondered if the ways people get around might affect the crash statistics.

That raised the question: Are larger percentages of commuters using public transit in Cleveland and Columbus, and could that, in part, be responsible for their lower crash rates?

So how do Cincinnati pedestrians -- and other non-motorists like bike commuters -- fair when it comes to walking away from a crash?

Take a look at this graphic, which shows the percentage of crashes that result in injury or death for pedestrians and bicyclists.

When a pedestrian or bicyclist is involved in a crash, they're far more likely to be injured or die compared with someone in a vehicle.

The numbers hover -- with a slight, overall increase -- over the last five years, according to ODPS records.

Heller-Jackson is a Northside resident and chairs the Northside Pedestrian Safety Committee. He also serves as communications officer for the Northside Community Council.

Northside came out as one of the most vocal communities advocating for increased pedestrian safety efforts, even since before Cole's death in 2016.

"Over the years, I believe that traffic along Hamilton Avenue has gotten much faster, and people know they can get away with it," Heller-Jackson told WCPO.

The city identified Hamilton Avenue as a hot spot for pedestrian-involved traffic incidents in a 2016 study of dangerous intersections, requested by City Council member P.G. Sittenfeld. The neighborhood is a key corridor connecting the city's northern West Side neighborhoods to Uptown and Downtown, the city's two largest job centers.

Rayshwan Miller lives in Clifton -- another neighborhood experiencing speeding issues -- and works for Liberty Tax on Hamilton Avenue in Northside. He's one of the folks you'll see standing on the street, dressed in a Statue of Liberty suit, waving to drivers to advertise for the tax firm.

He has a front-row seat every day to Hamilton Avenue traffic and agrees with Heller-Jackson that cars move quickly down the busy corridor.

"They don't really slow down, especially during rush hour," he told WCPO. "I have to watch it, you know."

To those who might live in a neighborhood with smaller, safer streets, Heller-Jackson said, "I would say consider if they have a family of their own, that they look at us walking on those streets as if it might be their family and think how they might feel."

Terrence Burke doesn't have to imagine. He lives in the heart of Northside with his wife and two children -- whom they home school. That means a lot of walks down the block to the local library.

He's lived in Northside for more than 20 years.

"Northside is a very walkable neighborhood. There's a lot of people who use the business -- the library, the arts center, the community center," Burke said. "And there are lots of children here.

"They need to protect the citizens and look after their needs."

The city asked the Northside Community Council following Cole's death to prepare a letter outlining requests for improvements to Hamilton Avenue. Among them was more traffic enforcement.

Heller-Jackson's impression that enforcement has decreased fits with Cincinnati Police Department records. Through a public records request, WCPO learned that traffic enforcement stops have decreased by roughly 60 percent over the last five years.

Regarding speed enforcement, WCPO is still awaiting a response from the city for what kinds of tickets, specifically, police officers have been writing.

Heller-Jackson is convinced that police aren't pulling people over for speeding.

The police department did not respond to a request for an interview.

"Traffic enforcement is a part of this, but it goes well beyond traffic enforcement. We need a multi-faceted approach. That's the work ahead," newly elected Cincinnati City Council member Greg Landsman said.

He told us the city needs to have a collaborative effort between the police department and the city's Department of Transportation and Engineering.

"What we will propose is a sort of working group where you bring all these folks together from various departments who need to be working together in a more collaborative way," Landsman said.

"We have installed a couple of bollards, sign bollards that are very helpful actually when the street isn't getting dug up," he said. The city is working to replace the water main that runs under Hamilton Avenue, and the construction required temporarily removing the bollards.

"Neighbors have also suggested leaving on-street parking on Hamilton all day, and channeling the traffic down to one lane (each way)," Burke said.

Such tactics are often referred to as "traffic-calming measures" or "road dieting."

More than just a neighborhood problem

Another neighborhood that has voiced concern over pedestrian safety and speeding is Mount Washington. It's another highly residential neighborhood with a business district. Residents specifically worry about Beechmont Avenue.

In an email to City Council, Mount Washington resident Alex Linser said, "Pedestrians are currently forced to cross the five-lane State Route 125 (Beechmont Avenue) to access businesses on either side of the street... It is dangerous for pedestrians to wait in the center turn lane to complete the crossing in two stages."

"It's easy to say people are going 45 miles an hour coming into the business district," Mount Washington Community Council Transportation Committee Chair Wade Johnston said. The speed limit is 35 mph coming up the hill into the neighborhood, and then it reduces to 25 mph once you arrive in the business district.

"You've got an interesting sight line coming up the hill that, when you're finally in the business district, you run the risk of hitting a pedestrian," he said. "It's pretty unsafe."

Landsman also lives in Mount Washington and has taken notice of the pedestrian safety issue, beyond his home neighborhood.

"During the course of the campaign we knocked on some 25,000 doors, perhaps more, and it was in the top of everyone's list of priorities."

Safety measures have been installed so far in Northside, East Price Hill and Hyde Park. Other neighborhoods like Mount Washington, Clifton and Pleasant Ridge have made requests.

Landsman said he hopes council approves a renewal of the $500,000 Pedestrian Safety Fund in the fiscal year 2019 budget.