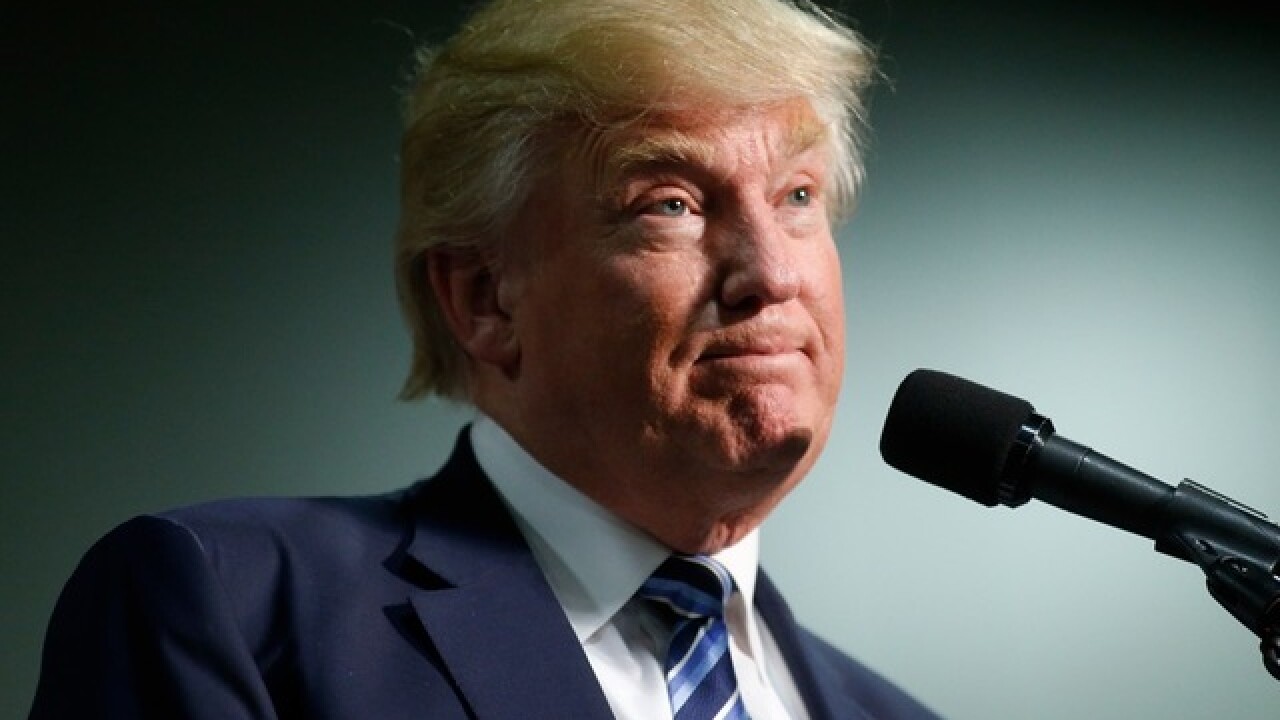 Brian Blanco/Getty Images
<p>CHARLOTTE, NC - OCTOBER 14: Republican presidential candidate Donald Trump speaks to supporters at a rally on October 14, 2016 at the Charlotte Convention Center in Charlotte, North Carolina. Trump continues to campaign for his run for president of the United States.</p>

COLUMBUS, Ohio -- Just weeks before the presidential election, Donald Trump's campaign is denouncing and severing ties with the chairman of the Ohio Republican Party, Matt Borges.

It's the latest crack in GOP unity in the critical battleground state, where Republican Gov. John Kasich is also not behind the party's nominee. Borges has been openly critical of Trump on several occasions and told some Ohio news outlets he wasn't sure if he would vote for Trump.

Trump's Ohio chairman Bob Paduchik accuses Borges of undermining Trump as part of a bid to be the next Republican National Committee chair. Borges has been mentioned as a possible successor to Reince Priebus.

Paduchik said in a letter to state committee members that Trump is "very disappointed in Matt's duplicity." He also said he still expects the Ohio Republican Party to pay the campaign's payroll and expenses in the state.

Borges did not immediately respond to a request for comment.

A week ago, Borges told WBNS that Trump's Ohio campaign was "on life support" and he was frustrated by the candidate's "indefensible" comments about women.

"Certainly, if there's any more that comes out -- and I think there’s been some more even today -- um, how can you look forward in this manner?" Borges said last week.

Since then, eight women have accused Trump of unwanted kissing, groping or more. At a rally Thursday in downtown Cincinnati, Trump didn't address the allegations, instead staying focused on attacking Democrat Hillary Clinton and talking up his plans to “make American great again.”

At other events and online, the New York businessman has maintained his innocence. In a series of tweets Saturday morning, he claimed he's the victim of an international media conspiracy aimed at denying him the White House.

This election is being rigged by the media pushing false and unsubstantiated charges, and outright lies, in order to elect Crooked Hillary!

Trump's ongoing claims that the election is rigged is an unprecedented assertion in a country with a history of peaceful democratic transition. Clinton's campaign is hitting back, with campaign manager Robby Mook saying participation in the electoral system -- and particularly voting -- is something to be encouraged, and not, in his words, "dismissed or undermined because a candidate is afraid he's going to lose."

Mook points to what he says will be a record turnout on Election Day. And he said voters will turn out in unprecedented numbers because they can see through Trump's "shameful attempts to undermine an election weeks before it happens."

The latest RealClearPolitics average of polls puts Clinton ahead by less than 2 points in Ohio in a four-way match against Trump, Green Party candidate Jill Stein and Libertarian Party candidate Gary Johnson.

InsideGov | Graphiq
Copyright 2016 Scripps Media, Inc. The Associated Press contributed to this report. All rights reserved. This material may not be published, broadcast, rewritten, or redistributed.