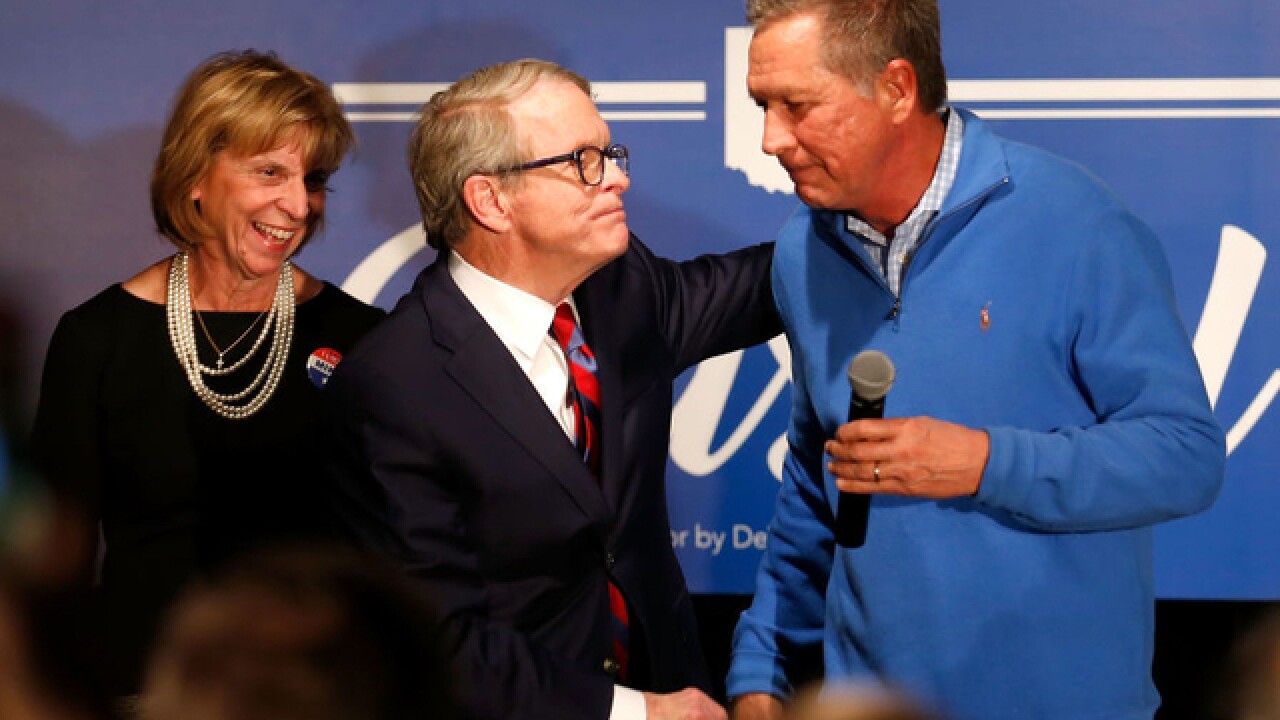 DeWine, one of the state's most well-known politicians, beat Cordray to succeed term-limited Republican Gov. John Kasich. He was bolstered by strong support across rural Ohio as Cordray did best in the state's urban Democratic strongholds.

DeWine, 71, has had to walk a careful line on both the governor and the president, instead relying on his long record of public service as a former lieutenant governor, congressman and U.S. senator.

Cordray, 59, joins other Democrats who seek to capitalize on citizen backlash against Trump.

He has spent the past year touting his record as director of the Consumer Financial Protection Bureau, a position to which he was appointed by Democratic President Barack Obama. He also served a former state treasurer and attorney general.

Cordray's campaign style, often criticized as bookish and boring, failed to ignite enough fire across the state to defeat a ticket of Republican incumbents — and the defeat had a coattails effect on the entire ticket.

It was DeWine and Cordray's third career match-up. DeWine defeated Cordray in a close race for state attorney general in 2010. And Cordray lost a four-way Democratic primary in 2000 for the seat held by DeWine, who was in his first Senate term.