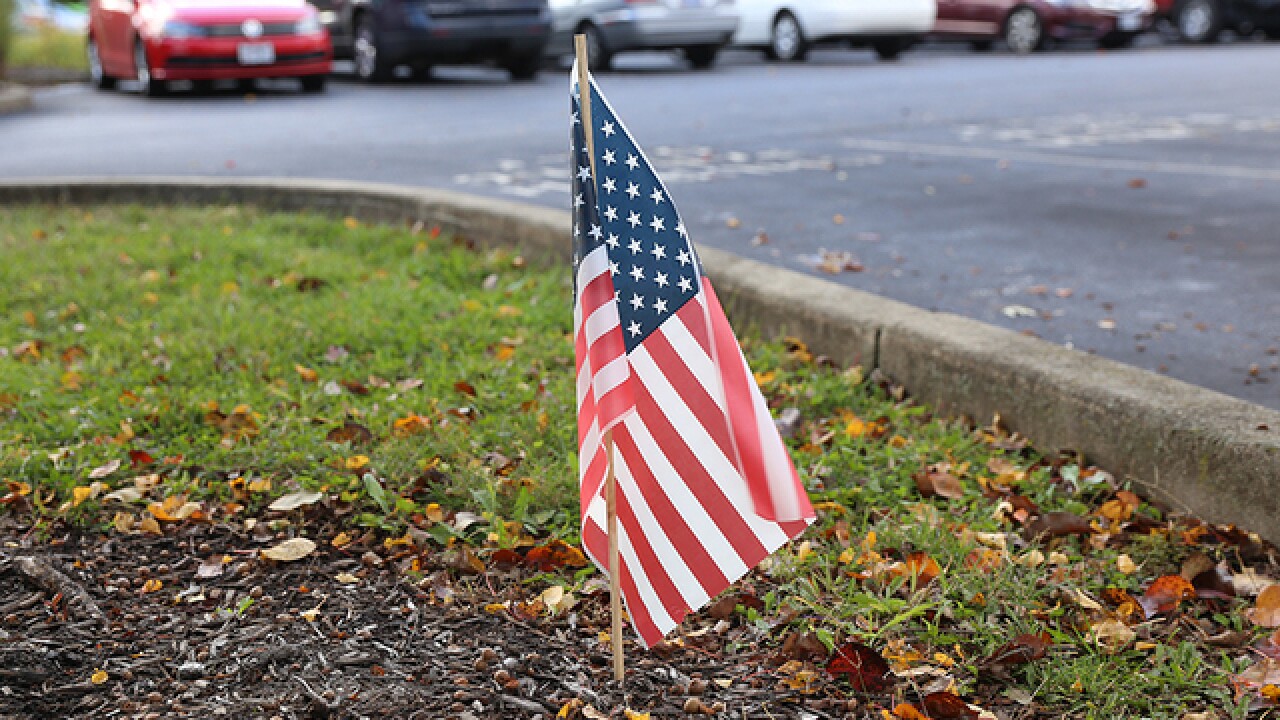 Copyright 2018 Scripps Media, Inc. All rights reserved. This material may not be published, broadcast, rewritten, or redistributed.
Emily Maxwell | WCPO
<p>The Children's Services Levy, known as Issue 9, would give Hamilton County Jobs and Family Services a $38 million dollar boost to help with services, but opponents say it's a big tax increase. </p>

Almost 60 percent of more than 322,000 people voted in favor of the measure, which will increase Hamilton County's children's services levy and raise an additional $38 million per year for Hamilton County JFS. The agency says that money will help fund needed services for children who are removed from their parents because of abuse or neglect.

Davis said the children she and her husband, Keith, have fostered have required extensive mental and behavioral health services to work through the trauma they had experienced.

Hamilton County JFS has struggled financially since 2007, when the agency lost roughly half of its funding, had to reduce its staff by 50 percent and had to cut many contracts and services that were not mandated by state or federal law, she said.

All that time, the money generated by the children's services levy has remained flat while the cost of services has continued to rise, Weir said.

The extra funds that the levy generates will enable Hamilton County JFS to expand the services it offers to families that are working to stay together and to relatives who have taken custody of children that have been removed from their parents.

"We'd like to do more of a holistic approach," she said. "We'd be able to do more group engagement."

State Rep. Tom Brinkman said he doesn't see it that way at all.

Brinkman, a Mount Lookout Republican and co-founder of the Coalition Opposed to Additional Spending and Taxes, or COAST, said that an increase in the levy gives Hamilton County JFS more resources to "coddle" wayward parents instead of treating them with the "tough love" they need.

"It's not for the children," Brinkman said of the levy money. "It's for the administrators and the people sucking off the teat of the government."

Increasing taxes should be a last resort, he said, adding that he believes Hamilton County JFS has enough money in reserve to cover its costs until 2020, which would be just before the children's services levy is up for renewal in 2021. Brinkman said he also believes that money generated by an increased children's services levy could be spent on other county needs instead.

"All we're doing is keeping people dependent on the system," he said.

Weir argued that the levy funds would be restricted and said her agency's cases have become much more complex. Roughly 80 percent of children's services cases involve three types of trauma, she said: untreated mental illness, substance abuse and violence.

Still, treatment is exactly what children need to heal from the trauma they have experienced, Kim Davis said.

"It is the most rewarding thing I've ever done in my life because they come in so broken," Davis said. "And you get to see them heal."

So rewarding, in fact, that the Davises have taken on more foster children than they ever thought they could.

Kim and Keith Davis have five adult children between them and have adopted two children through the foster care system, 10-year-old Zachary and his 9-year-old sister, Abigail.

They also are foster parents for three more children: a 4-year-old, an 18-month-old and an 8-month-old.

"We thought two was going to be our maximum," Keith Davis said. "Because of the need that's out there, we've kind of allowed it to kind of go to the max. But without the services and without the support through JFS and Lighthouse, we'd never be able to."