Puppy who lost legs, eye after being struck by train finds forever home 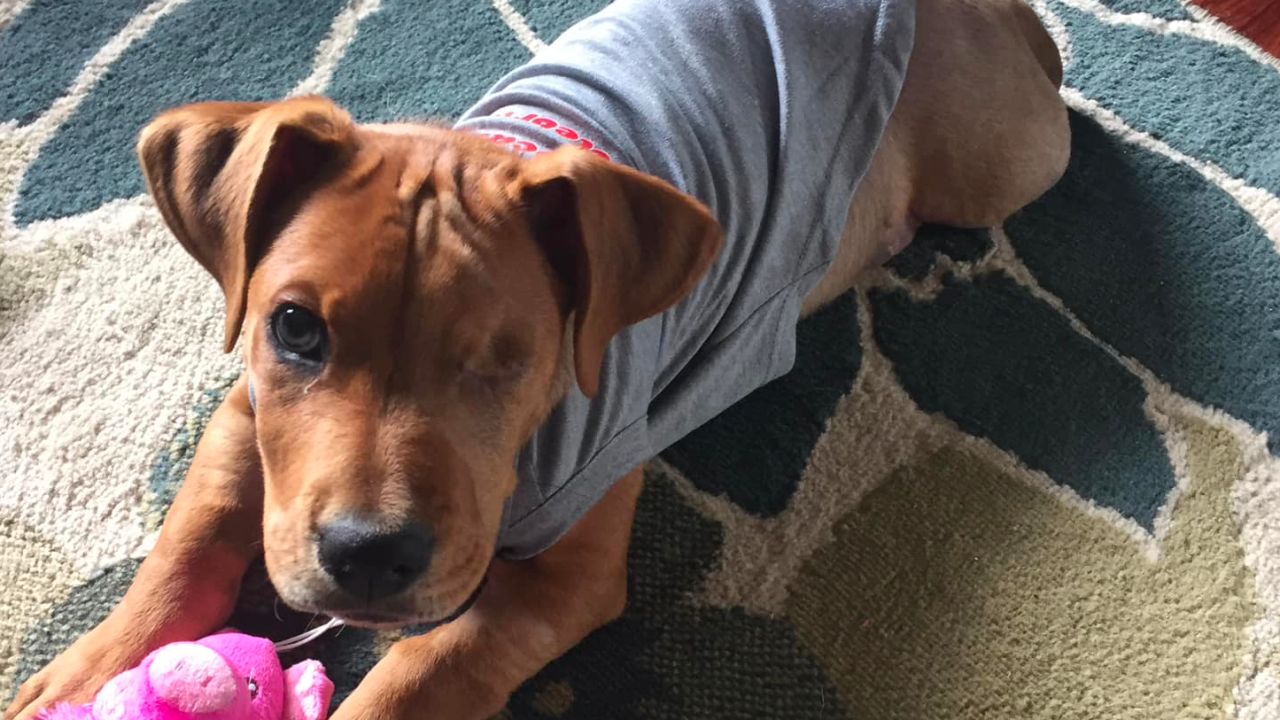 HAMILTON, Ohio — The Animal Friends Humane Society spent March sharing the story of Trooper, a puppy who survived being struck by a train but lost his back legs in the process, on Facebook. Each update sparked dozens of adoption requests from followers who wanted to make the floppy-eared pup their own.

The shelter announced Monday it had finally selected a forever home for Trooper from a large pool of applicants.

“They have much experience with disabled animals and someone will be home with him at all times to give him the care he needs,” the shelter wrote.

Deputies believe Trooper’s original owner purposefully left him and a second puppy behind in a park March 13. He would be hit by the train hours later.

His recovery included multiple surgeries as well as learning to use a doggie wheelchair he can steer with his front paws.

“We want to thank all of our supporters for making this possible for Trooper,” Animal Friends wrote on Facebook. “We had a lot of naysayers in the beginning telling us to euthanize him, so we hope that sharing Trooper’s story has changed the opinions of some. We ❤️ our local celebrity!”